Graphic creations of the German artist 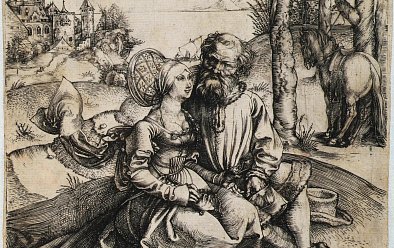 Albrecht Dürer was a German painter and art theorist best known for his graphic work. Dürer created many of his pieces using the copper engraving technique. His creations are distinguished by their particular complexity, emotionality, and expressiveness.

More than 120 engravings were brought from Italy to the History Museum. Among them are some of the most famous ones: Melancholy I, Adam and Eve, Prodigal Son, and Apollo and Diana. A separate section of the exhibition presents the Apocalypse series, created by Dürer from 1496 to 1498. The fifteen pages illustrate the last book of the New Testament, the Apocalypse, or Revelation of John the Evangelist. This series was the first major work of the young German artist.

At the exhibition, Dürer's works from the Italian collection are complemented by the engravings from the collection of the Historical Museum which are being exhibited for the first time. The exhibit also includes objects of decorative and applied art created in Germany at the turn of the 15th century.