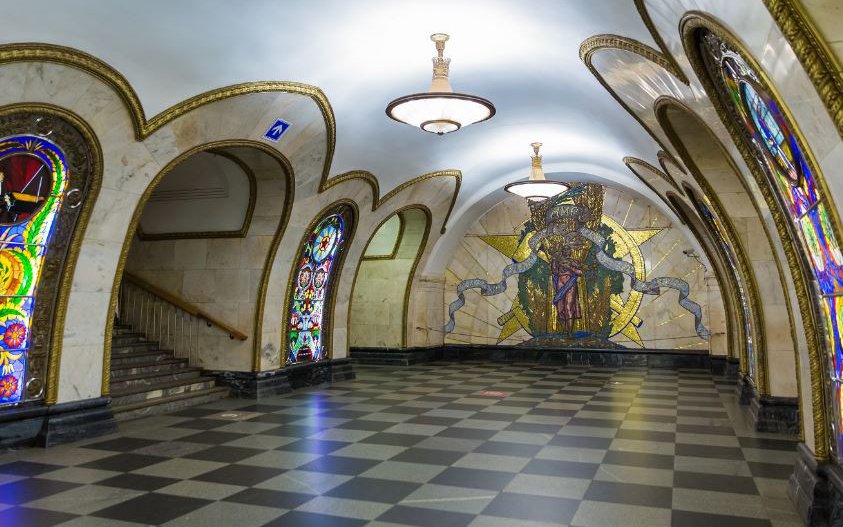 The Moscow Metro: Zamoskvoretskaya Line tour offers the chance to learn how architects reflected the theme of aviation in Aeroport station, what the ceiling of Mayakovskaya station hides, and how Teatralnaya station was originally supposed to be decorated. The first section of the Zamoskvoretskaya line of the Moscow Metro was put into operation on September 11, 1938.

In this issue, Maria Kalish will explain why the stations of this line are the clearest reflection of that historical period.

The series consists of five tours, during which Moscow historian and senior researcher of the Museum of Moscow Maria Kalish will explain how the most amazing and beautiful stations were constructed and show the most valuable decorative elements that have been preserved from the first half of the last century, as well as places where the offices of Soviet commanders were located during the war.