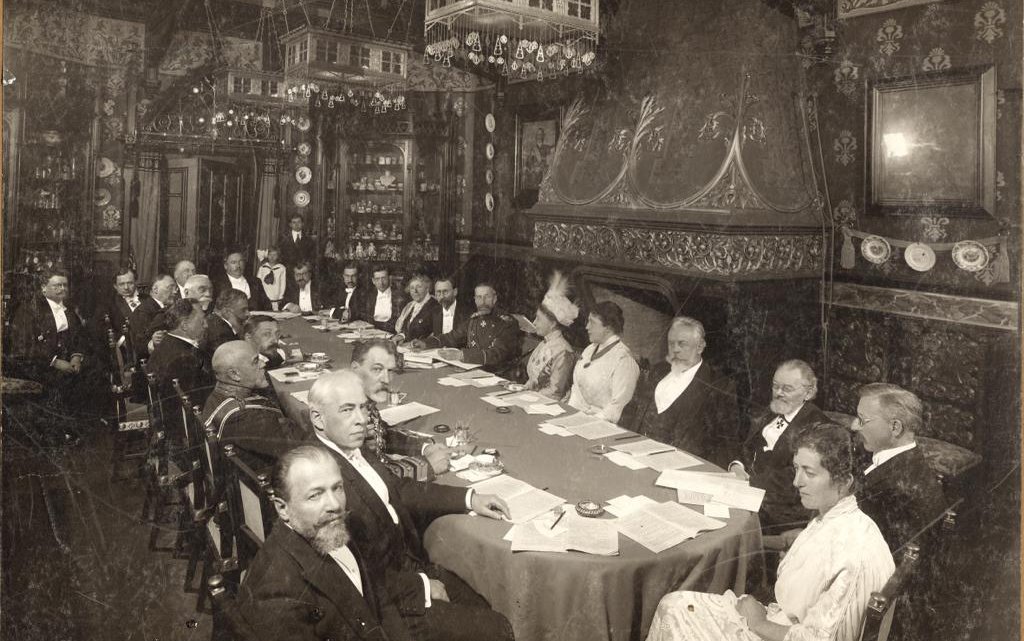 The Night of Arts is almost upon us! We have teamed up with the Bakhrushin Theater Museum to talk about how actors, directors, playwrights, artists, and other members of the creative community in Moscow used to pass the time in the evenings.

At the beginning of the 20th century, the Bakhrushin mansion in Luzhnetskaya Street welcomed many remarkable figures who contributed to Russian theater, and the famous Bakhrushin Saturdays became the local calling card.

Alexey Bakhrushin was very passionate about collecting items associated with theater, and eventually amassed a wealth of valuable and rare artefacts. It all began with a small purchase that he made in Sukharevsky Market: 22 “little portraits”, 50 rubles each. Later on, his collection expanded to include photos, autographs, posters, costumes, masks, and so much more. Bakhrushin loved demonstrating these treasures to his friends.

Bakhrushin would greet them personally, taking them around his estate and showcasing his incredible collection of theater rarities. And this collection grew all the more thanks to his special Saturdays, as the guests did not come to see him empty-handed. For example, Glikeria Fedotova, an actress performing at the Maly Theater, passed all of the gifts she had ever received during her impressive stage career, on to Bakhrushin. Some of Bakhrushin’s friends tried to prank him, offering to sell “a button from Mochalov’s trousers or Shchepkin’s boots”. At some point, the collection expanded so much that it had to be divided into three sections, dedicated to literature, drama, and music respectively.

Before long, Bakhrusahin’s manor became known as the Zatsep Versailles. One day, Bakhrushin even got a visit from Tommaso Salvini, a renowned tragic actor from Italy. He was profoundly impressed by the host’s theater-themed collection, but complained that in order to access the museum, one had to squeeze through a tiny dark door with narrow stairs. Not even two weeks after Salvini left, Bakhrushin renovated his manor: he moved a sofa out of the corner of his study and had a hole made in the floor to make room for a broader, more comfortable staircase. Nicknamed the Salvini Staircase, it has been well-preserved and serves as a unique example of art nouveau in interior design. 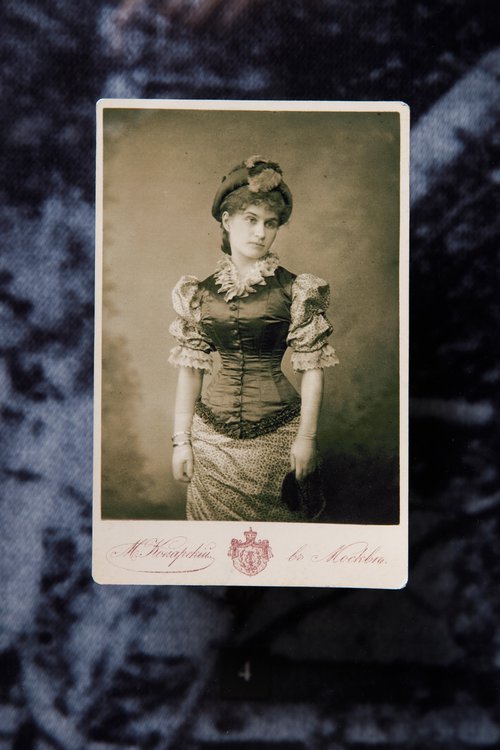 Anybody who was somebody considered it a great honor to be invited to the old mansion on Tverskoy Boulevard, which belonged to the famous Moscow lawyer Nikolai Shubinsky and the great actress Maria Ermolova. The grand staircase leading up to the second floor still remembers the footfalls of famous lawyers, prominent statesmen, and celebrated writers, artists, and musicians.

Ermolova loved fine art and was personally acquainted with many painters. Some of her guests included Mikhail Nesterov, Nikolai (Mykola) Yaroshenko, and Grigory Yartsev. In fact, the legendary portrait of Ermolova herself was painted by Valentin Serov in the White Chamber of this mansion.

Fyodor Chaliapin also visited Ermolova, and was so captivated by the atmosphere that one evening, he performed Gounod’s Faust to the gathering almost in its entirety, instead of individual arias.

The guests would usually gather in the Yellow Living Room, so named because of its gilded upholstery. The hosts put together lunch and dinner receptions. The designated day for that at the Ermolova household was Saturday, which remained a day off at Maly Theater for a long time. The dining room was used for family gatherings and meetings with the most intimate friends.

The writer Anton Chekhov once got to attend a dinner here, in honor of young literary talents. He’d later write to his friend, the poet Pleshcheyev: “after having dinner with a star, I have been feeling a halo around my head for two days”. 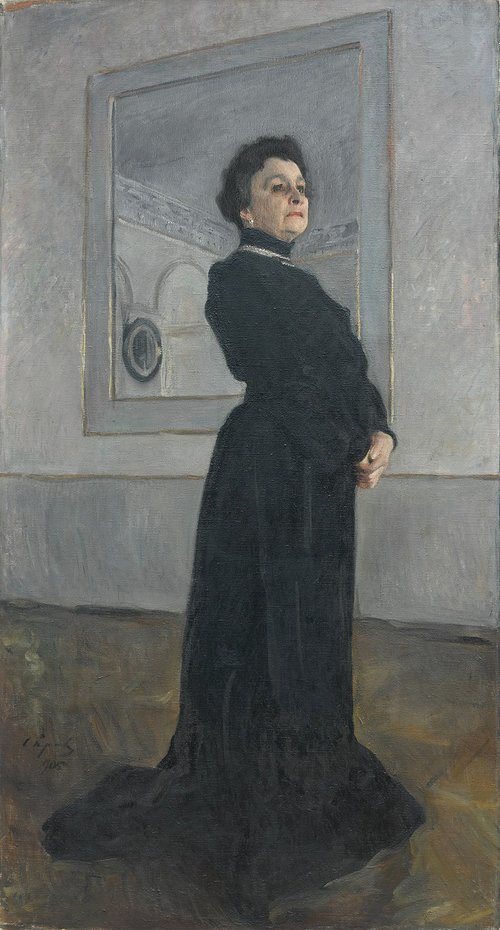 Meetings with the Mironov-Menaker actors’ family

The great actors Maria Mironova and Alexander Menaker moved into their apartment, which was later turned into a museum, in 1971. This is where they held gatherings for friends of the family, as well as drama recitals.

The huge round table in the living room of this apartment experienced so much history: Fyodor Chaliapin celebrated Christmas at it in 1914, when Maria’s parents were still living in St. Petersburg. As the owners moved to Moscow, to a quiet lane off Arbat, the table moved with them. And here, in the well-lit living room of their new apartment, they would frequently entertain actors, directors, writers, and poets. Leonid Utesov, Faina Ranevskaya, Rina Zelenaya, Arkady Raikin, Zinovy Gerdt: all of them would come here. This is also where scripts for the Mironova and Menaker stand-up duo were written, and where the playwrights Grigory Gorin, Arkady Arkanov and Lyudmila Davidovich, performers Boris Efimov, Orest Vereysky and Elena Akhvlediani, and many other famous art figures spent their time. Andrei Mironov never actually lived here, but he did come along often to visit his parents.

A large number of rare items have been preserved in this memorial apartment to this day, and one of the most remarkable exhibits is an old grand piano – a gift to Alexander Menaker from the composer Isaak Dunayevsky. This legendary instrument was played by Klavdiya Shulzhenko and Lyudmila Zykina during the festive get-togethers.

Every detail in the apartment reflects Maria Mironova’s love for the color red. She believed that it enhances one’s appetite, and her culinary creations were truly legendary. The apartment was also filled with the fresh coffee aroma at all times, and the artists loved dropping by for a cup or two. 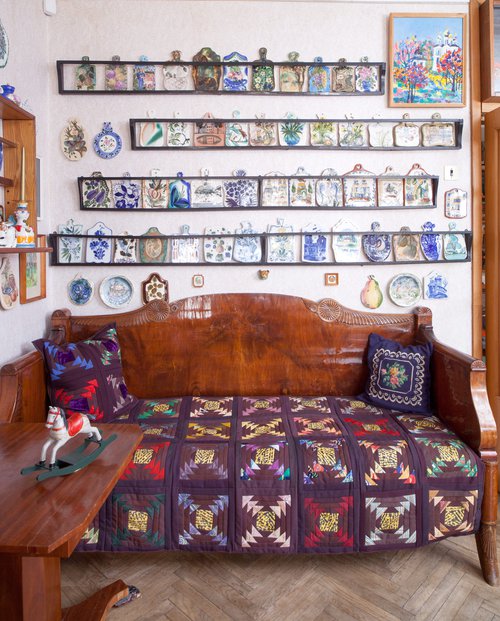