Evenings in Gagarinsky and fateful meeting 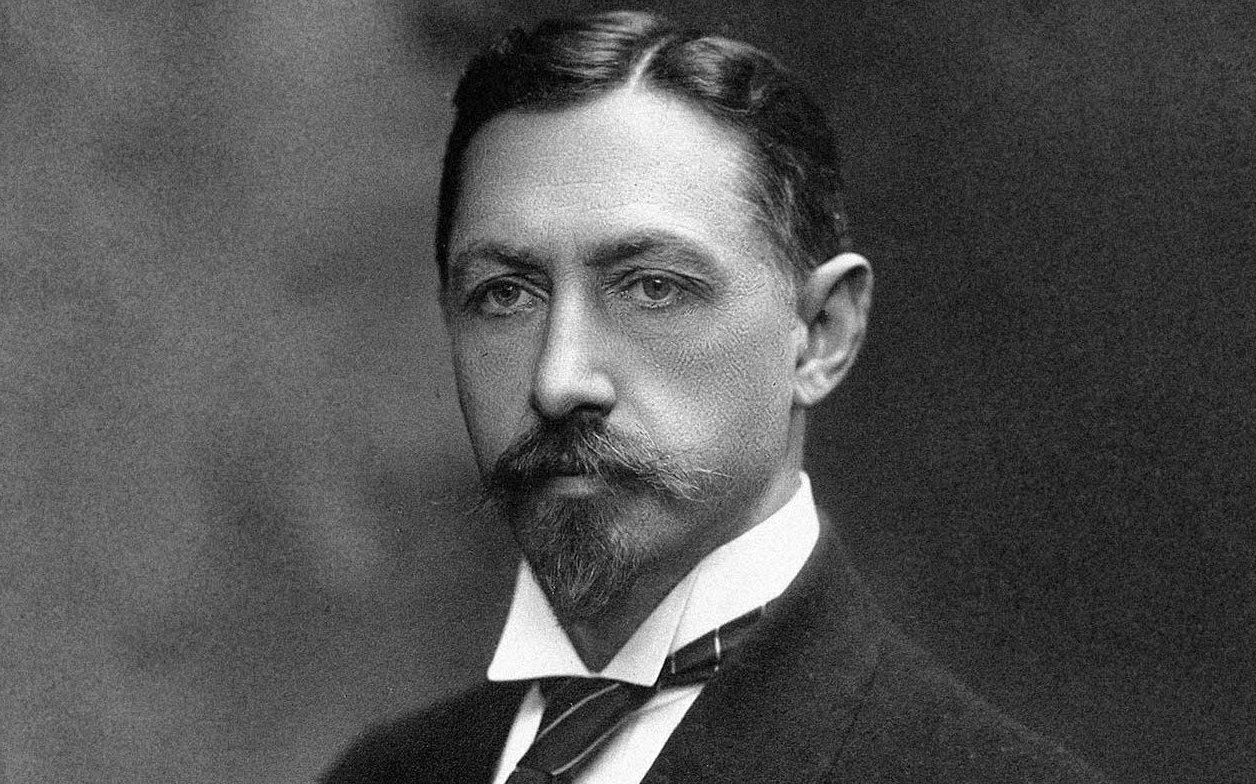 October 22 marks 150 years since the birth of the author of Dark Avenues and The Life of Arseniev. Bunin's life was closely tied to Moscow. It's where his brother lived and where the writer met Vera Muromtseva, his love. It was here in the turbulent year of 1917 that Bunin made the notes that formed the basis of his book Cursed Days. Let's discover Bunin's Moscow.

I had a dream

'Old, huge, crowded', said the writer of his time in Moscow. 'That is how Moscow greeted me for the first time, and remained in my memory as a complex, motley and cumbersome picture, something akin to a dream.' He came to Moscow in the winter of 1895. It was shortly after his first visit to St. Petersburg, where he met the poet Konstantin Balmont and the critic Nikolay Mikhailovsky. Bunin spent his time in the golden-domed Moscow staying at Borgest's furnished rooms near Nikitsky Gates. He quickly became part of the social scene and struck up relationships with his literary peers, including Valery Bryusov, Anton Chekhov and Fyodor Sologub.

Bunin's contemporaries joked about him being a fidget, as he could never stay in the one place. The writer was constantly on the move, travelling to St. Petersburg, Poltava, Odessa and back to Moscow again. He frequently changed address: furnished rooms at 9 Tverskaya street and the house of Baron von Falz-Fein, then on to housing on Starokonyushenny Pereulok, where the architect Anatoly Gunst leased rooms in a wing of his house. While staying there once again in 1906, Bunin went to a literary evening hosted by the writer Boris Zaytsev. Among the guests was a friend of the hostess, 'the girl with Leonardo-esque eyes'. Her name was Vera Nikolaevna Muromtseva. So began their love affair. Bunin was married and Vera's family didn't approve of her seeing a married man, but the lovers paid no attention to such conventions. From then on, the remained inseparable.

Gunst's home was within walking distance of the flat of the writer's older brother, Yuly, who lived at 4 Starokonushenny Pereulok. The short, stout, older Bunin brother was the editor of the magazine Vestnik Vospitaniya (Bulletin of Education). He saw talent in Ivan's writing and recommended that he submit his poems to the editorial office of the Rodina (Motherland) magazine. Yuly was the first to move to Moscow. When his younger brother did the same, he was happy to keep him company in literary circles and on walks around the city. 'Yuly Alekseevich was always in his flat—which had a picture of St. Cecilia on the wall—reading manuscripts, drinking tea and smoking. You could see the greenery of Mikhailovsky Garden from the window. The rooms were very quiet. If you came by at midday, Ivan was likely there too, and they'd be getting ready to go to the Prague restaurant for breakfast', friends recalled of their Moscow lifestyle.

After deciding to move closer to the Arbat, the writer stayed at the Stolitsa Hotel at No. 4 on the historic street. The building had a history of its own. In 1865, the Society of Russian Doctors opened a clinic and pharmacy there, offering services that were affordable even to non-wealthy residents of the city. The building was later bought by General Alfons Shanyavsky, who arranged furnished rooms on the first floor. The rooms were named 'Gunib' in reference to his service in the Caucasus. They were later renamed Stolitsa (Capital). Bunin described them with gloomy surprise in his story Muse: 'It's constantly snowing outside; the horsecars grumble and ring along Arbat Street; in the evening, one can smell the sour stench of beer and gas in a dimly-lit restaurant...'

Literary and art circles were the centre of the city's cultural life at the start of the 20th century. Disputes gave rise to the plots of new novels, creative alliances took shape and heartfelt affections sprung up. The writer Nikolay Teleshov's house on Chistoprudny Boulevard played host to the Sreda (Wednesday) literary group, whose members included Maksim Gorky, Viktor Korolenko and Anton Chekhov. Ivan Bunin was also a frequent participant in Lopatin's Wednesdays—evening gatherings hosted by Judge Mikhail Lopatin in a building on Gagarinsky Pereulok. Bunin also had a personal interest in the meetings—he was in love with Lopatin's daughter, Ekaterina. While the writer promised to become world-famous, Ekaterina would only smile at his lofty ambitions.

She never reciprocated Bunin's feelings, and laughingly turned down his marriage proposal.

The six-storey grey house on Povarskaya Street looks imposing with its minimal decor. It exuded the sense that its walls could protect its inhabitants from any misfortune—but alas, the revolution proved otherwise. Bunin and his wife spent six months there in Vera's parents' flat, from the end of October 1917 until May 1918. The events surrounding the revolution were a tragedy for the writer. His usual way of life had gone—the sounds of the city turned to gunshots, the promenades where passers-by exchanged smiles were replaced by soldiers breaking into buildings. On 21 May 1918, Bunin and his wife left Moscow for Odessa, then on to Constantinople and Paris. Bunin never returned to Russia.

In 2007, a monument to the writer was erected in front of the building on 26 Povarskaya Street. It depicts the writer holding a coat in his hands as he looks off into the distance, as if bidding the city one last farewell.

In 1894, Bunin's long-held dream to talk to Leo Tolstoy came true. Tolstoy invited Bunin to his house in Khamovniki, where he asked Ivan about his life and creative work. 'So, you're a young writer? Continue writing if you really like it, but just remember that this cannot be the purpose of life.' As they parted, Tolstoy told the younger writer, 'Do not expect much from life. There will be no better time than now. There is no happiness in life, there is only summer lightning—appreciate it, cherish it.'

The architect Anatoly Avgustovich Gunst was a remarkable person: he loved theatre and photography, founded a school of fine arts and also kept a dairy farm. Many people made a special effort to visit the farm on Vsekhsviatsky Pereulok to taste Gunst's famous dairy kvass.

The fence of the house on Starokonyushenny Pereulok is reminiscent of Stutzenberger's Strasbourg villa. Anatoly Gunst was inspired by this beautiful example of Art Nouveau.

The building where Yuly Bunin lived has not been preserved. But the area is still filled with a literary spirit. The façade of the neighbouring house on Bolshoy Afanasyevsky Pereulok is decorated with a graffiti portrait of Mikhail Bulgakov.

The building at 26 Povarskaya Street was once the site of a mansion where Yelizaveta Arsenieva—the grandmother of Mikhail Lermontov—lived.