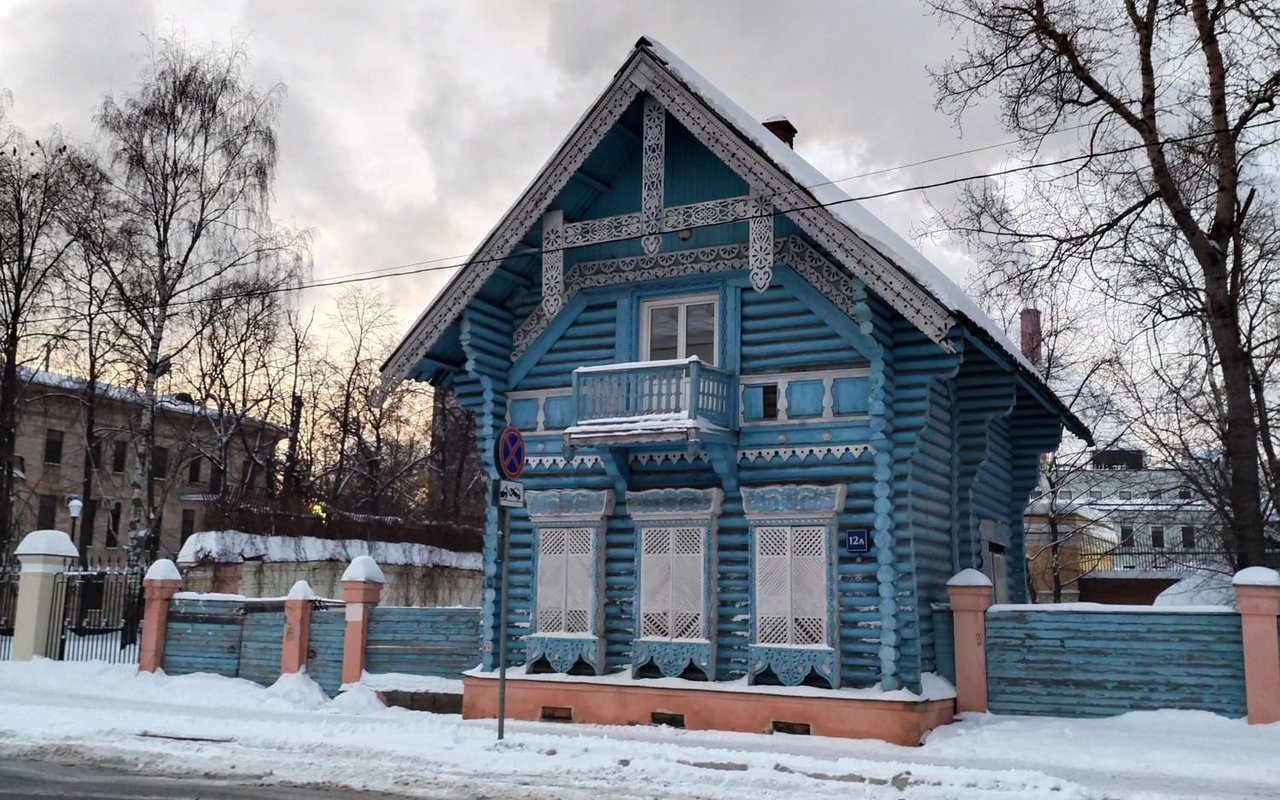 Devichye Pole (Maidens’ Field) is a neighborhood that reflects Moscow’s changes and development throughout the 19th century. What unites old Russian architecture and the Soviet avant-garde, a writer’s manor and a stadium, a medical campus and an experimental residential area? Find out by taking this route, designed by Dmitry Maksimenko, winner of the Show Moscow contest. And to learn even more interesting facts about these landmarks, take another tour, Experimental Moscow. Experiments in the Devichye Pole and Usachyovka Area in the Late 19th and Early 20th Century.

The great writer had a little house with a garden in the nearby Khamovnichesky Lane (currently known as Leo Tolstoy Street). The house has been converted into a museum. After the revolutionary events of 1917 and the Civil War, plans were made to immortalize Tolstoy: sculptor S. D. Merkurov prepared a version of the monument that was approved by a special commission and installed at the end of the Devichye Pole garden in 1928. But at a later point, the monument was deemed to produce insufficient impact, and relocated to the courtyard of the Tolstoy State Museum in Prechistenka Street, where it remains to this day. A new statue was unveiled on this spot the same year when the previous monument was removed, the work of A. M. Portyanko. It has since become one of Moscow’s best-known monuments to Leo Tolstoy.

The stadium dates back to 1909, although there is evidence of people doing sports in the area even earlier, in the second half of the 19th century. Initially a hub for the development of ice skating, Burevestnik was then turned into an arena for soccer matches and running championships. Today, it is one of the oldest stadiums in Moscow.

The Kauchuk Factory Club at the intersection of Plushykha Street and 2nd Truzhenikov Lane in Moscow was built for the factory’s workers in 1929. The design was created by the architect Konstantin Melnikov, who was assisted by engineer Heinrich Karlsen. The building is an excellent example of Soviet avant-garde. The Sphere Theater was located here at some point, and now there are plans to use the former club for events hosted by the I.M. Sechenov First Moscow State Medical University. 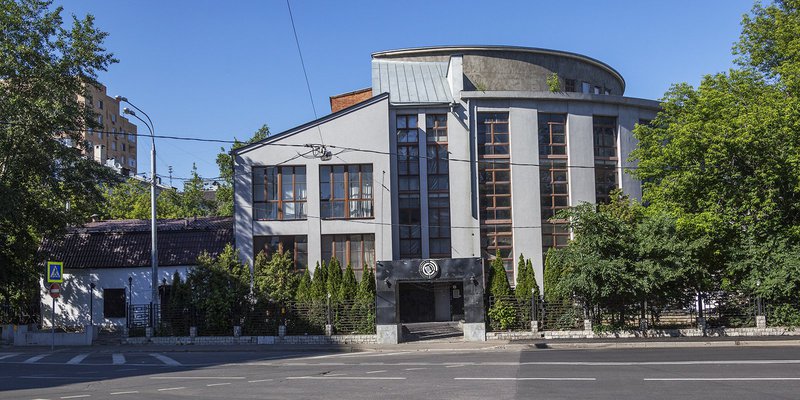 This building in Devichye Pole is the work of the architect N. Nikitin, erected as a gift for Mikhail Pogodin, historian and art collector. The tall log house follows the conventions of traditional Russian architecture. The construction Pogodin Log House marked the start of a new era in developing and reimagining the Russian architectural style. 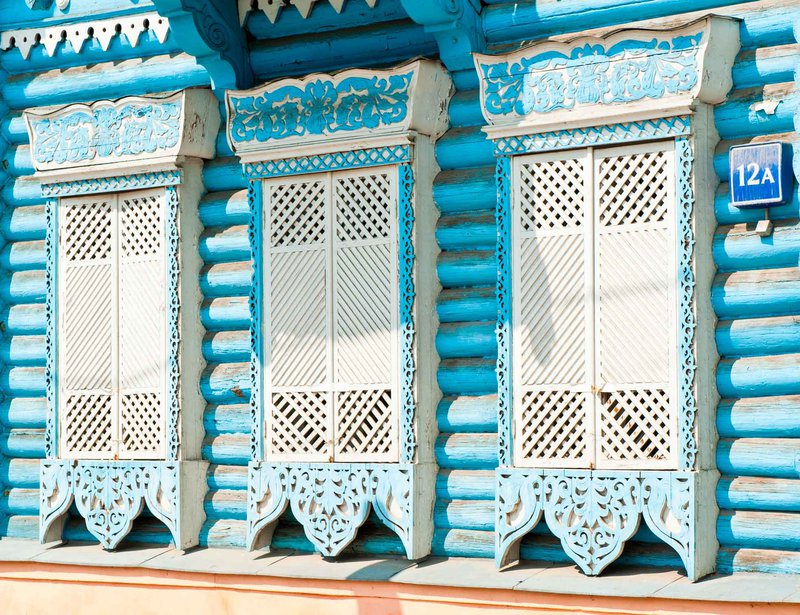 Nikolay Sklifosovsky was a Doctor of Medicine and pioneer in wartime field surgery. He made multiple scientific breakthroughs, and his name is closely associated with the history of Sechenov University. He was dean of the Medicine Faculty at the Moscow Imperial University for eight years. It was during this period (1880–1888) that the Clinical Campus was created in Devichye Pole. Dean Sklifosovsky headed the design and construction committees, and actively participated in raising funds from patrons and trustees. The monument in his memory was unveiled recently, in 2018.

Dormitory of the Red Professors’ Institute

This complex of several 6-storey buildings, which you will find in Bolshaya Pirogovskaya Street, was built in 1929–1932 for the Red Professors’ Institute by architects Dmitri Osipov and Alexei Rukhlyadev, followers of the St. Petersburg pre-revolutionary school of art. Founded in 1921, the Red Professors’ Institute aimed to train educators in social sciences, as well as party and government officials. The Institute occupied building of the former Holy Passions Monastery. Some students lived on the premises, while others stayed in different parts of the city. As the Institute’s popularity grew, a decision was made in 1927 to build an additional student dormitory. Construction began a year later. Unfortunately, this monument of Soviet avant-garde art has currently fallen into disrepair.

Usachyovka is a historical residential complex in Khamovniki, not far from Sportivnaya Metro Station. This avant-garde neighborhood from the 1920s is the creation of a group of architects (A.I. Meshkov, N.M. Molokov, N.A. Shcherbakov, and others), as well as engineer G.P. Maslennikov.

It’s an exceptionally striking example of early Soviet mass residential construction. The block of nine five-story buildings is shaped like a trapezoid. Built to commemorate the tenth anniversary of the October Revolution, Usachyovka initially housed veterans of the revolutionary movement. But later on, workers from the nearby Kauchuk factory started getting apartments there as well. Today the complex is recognized as a valuable architectural ensemble, and protected from demolition. 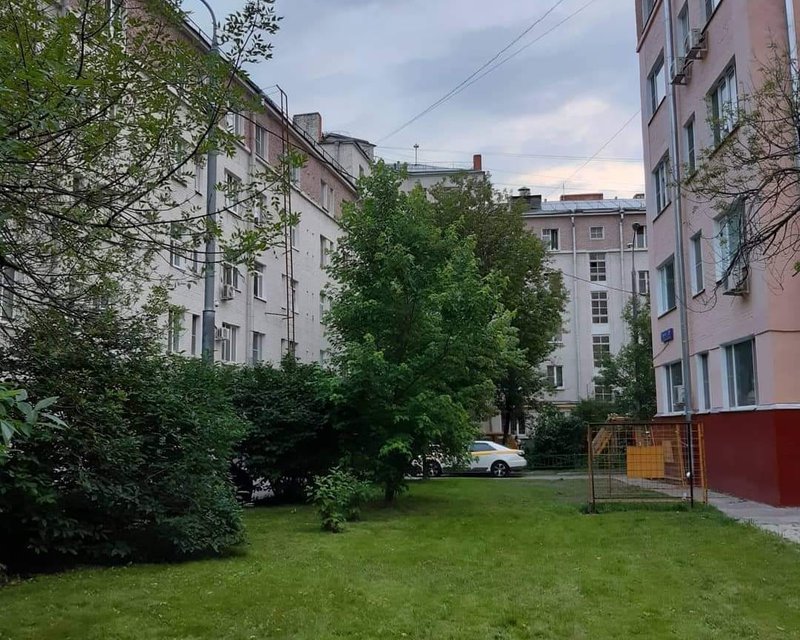