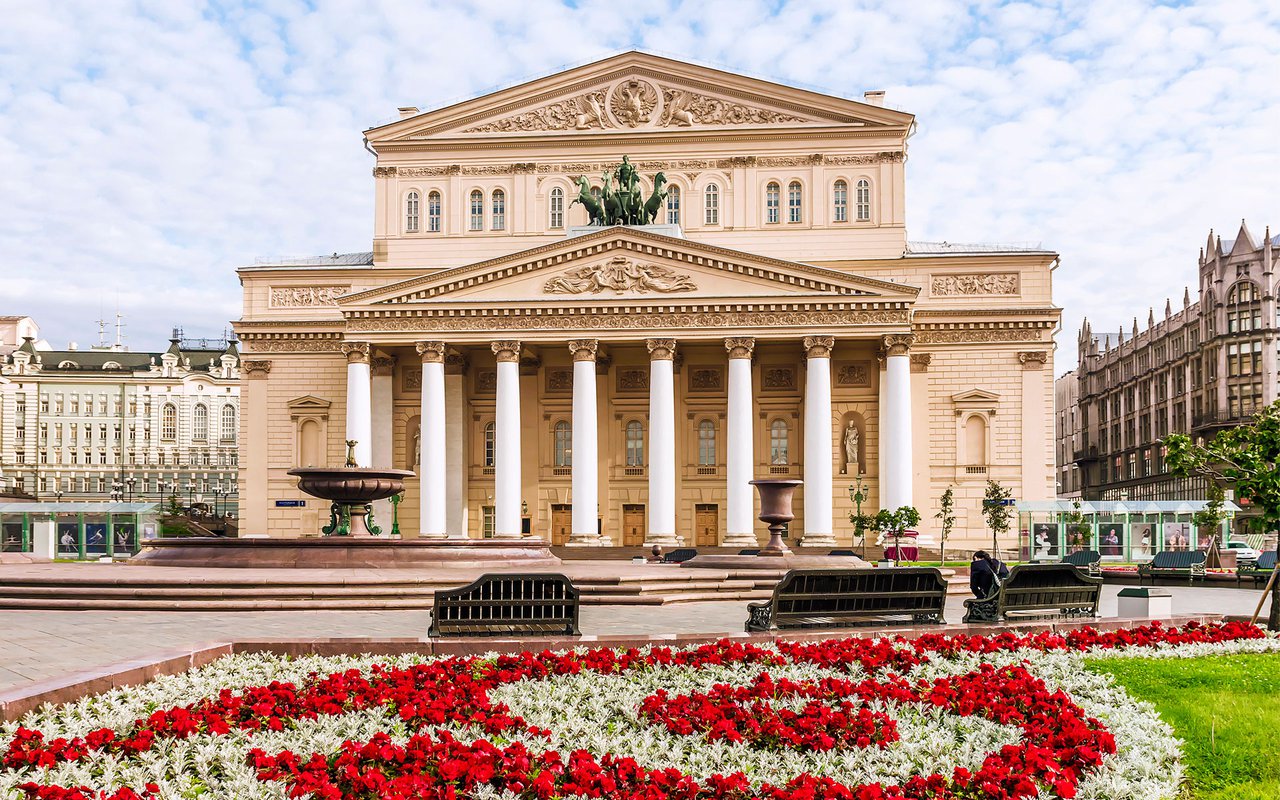 I have a tour called “Roads of Love.” I speak about the most famous love stories in our great city. I always say that Moscow is a woman — she is mercurial and frivolous, but if she falls in love, then it is forever! The heroes of my stories lived nearby at different, but nonetheless close, points in time.

Imagine the end of the 18th century. The opera diva Lizanka Uranova (a pseudonym Empress Catherine the Great had approved) shines on the stage of the St. Petersburg Imperial Theater. The impoverished nobleman Sila Sandunov works in the same theater. He is a comedy actor, but he is not very popular. Lizanka looks so gorgeous on stage that it is impossible not to fall in love with her! Sila falls in love with her and manages to win her love! The Empress herself attends the wedding of her favorite not just as a guest, but as the mother of the bride, and gives her a generous gift — an expensive necklace. Soon after, in 1796, the Mother-Empress, the protectress and patroness of Liza (Sandunova), died. As it should be in such a beautiful story, a villain must appear on the stage — this is Prince Andrey Bezborodko, a theater-goer and lady’s man. The lothario begins to show Liza affection despite the fact that she is married. What can be done? Who can help? Sila Sandunov decides to move to the First Capital.

Here, on the stage of the Petrovsky Theatre, later named the Bolshoi Theatre, they continue their careers. To survive in a new city, Sila and Lizanka decide to sell the Empress’s gift and buy land on the bank of the Neglinnaya River. It has flowed in Moscow from time immemorial, and the water there is as clean and clear as an angel’s tear. On the bank of the river, Sila builds baths which are comfortable for all classes of visitor. There are steam rooms of different kinds, some elegant and some simple, so everyone can wash, shave, and dine at Sanduny. Business takes off! The baths on the banks of the Neglinnaya River are always crowded. The dream has finally come true, but, as the saying goes, be careful what you wish for, because you may get it! This happens to the fortunate spouses — the money creates trouble between them. The former actors quarrel every day, about every little thing. This is the sad ending of a love story that began with a beautiful wedding, happy days, and an expensive gift.

This is another Moscow love story that began at the end of the 18th century and tragically ended in the 19th. Having traveled and seen many curiosities in Europe, the young Count Nikolai Sheremetev decided to build a theater with serf actors at his country estate. The Ostankino manor near Moscow was used by the young count’s family for vegetable gardens, as they lived mostly in Moscow, in Kuskovo near Moscow and, of course, in St. Petersburg. It was a mere whim of the young count to have his own theater. The count himself selected actors for his theater and gave them creative pseudonyms. One day, he feel head over heels in love with the 14-year-old Parashka, the daughter of the serf blacksmith Kovalev. Thus, the new star Praskovya Zhemchugova joined the theater troupe.

The young Praskovya became the star of the Sheremetev Theater, and the young count’s love for her took root. All the best roles went to her. She was released from serfdom and lived on like a real countess on Sheremetev’s estate. People traveled from St. Petersburg to see and hear Praskovya Zhemchugova on the stage. Even Empress Catherine the Great visited the theater in Ostankino. But neither the Empress nor her son Paul I gave their consent for the count to marry the former serf. Only in 1801 did Emperor Alexander I grant them the right to get married. The wedding took place in November of that year in Moscow, in the Church of Simeon the Stylite on the Arbat. The newlyweds were happy and sure that everything would be great. They moved into the count’s mansion on the corner of Vozdvizhenka. But fate decided otherwise. Praskovya fell seriously ill with consumption. In 1803, in St. Petersburg, she was already deathly ill. She gave birth to a son and died.

Sheremetev had no desire to live without his beloved. The only things that kept him alive were his son Dmitry and the promise that he had made to his beloved wife to build a hospital where anyone could get help and treatment — raznochintsy, urban commoner, or serf. And he built his hospital, Count Sheremetev’s Hospice, in memory of his great love for a woman — Praskovya Kovaleva-Zhemchugova. Many years have passed, but the hospice, now the Sklifosovsky Institute of Emergency Medicine, still exists and still saves people’s lives.