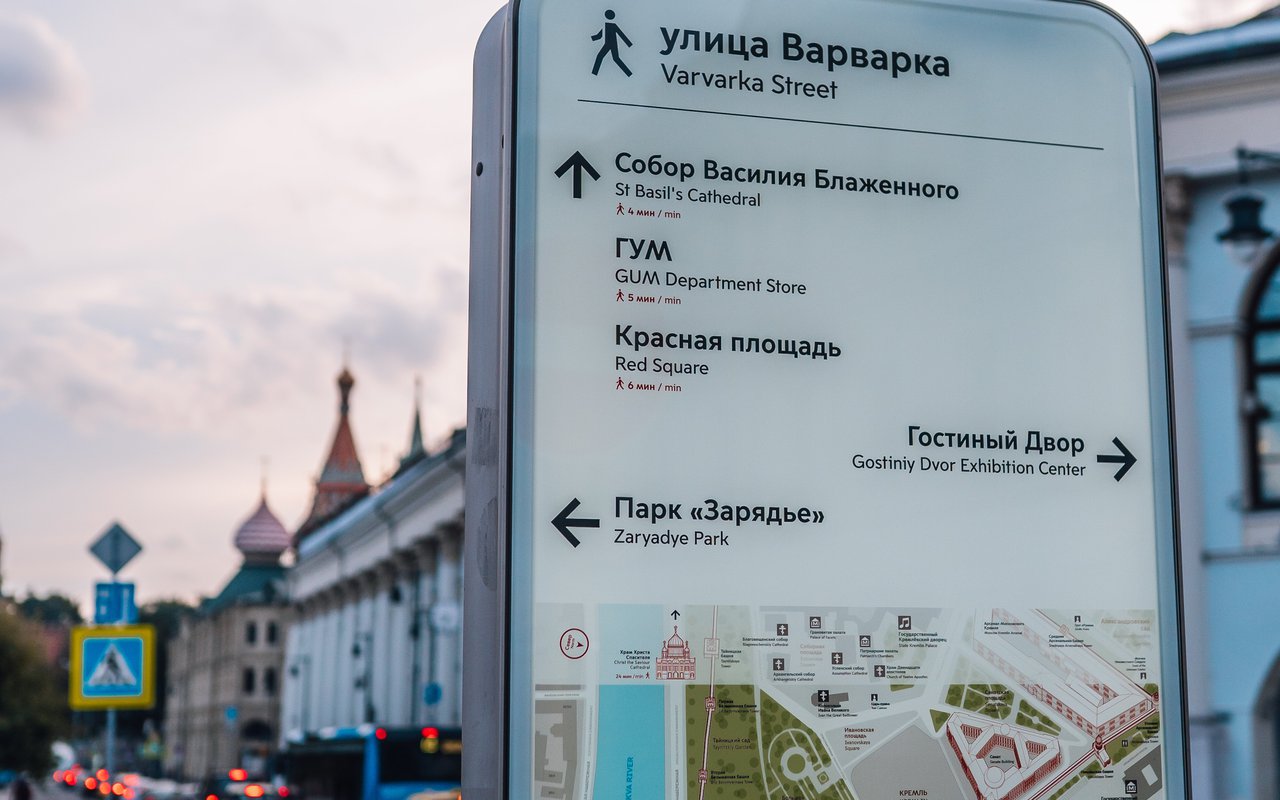 Navigation is plain in a well-organized city like Moscow. As for planning or optimizing one's itinerary, mobile maps and travel apps will always help.

Navigation in the City

Moscow has an easy citywide navigation system that will show your current location and the nearest public transit stops. It will help you map out the best route to take to your destination. There are city maps on all public transit services and all over the city: you find them in the Metro, at bus and tram stops, on the busiest avenues and intersections, and next to bike rental stations. The map will show the major social destinations and landmarks closest to your location. The time it will take you to get to a specified locale is marked on the radial line. The Metro entrances are numbered to help you plan your trip and avoid getting disoriented in a station with multiple exits and transfers. The maps also show the key surface transit routes.

Offering a detailed map of Moscow with numerous filters and rubricators, Yandex.Maps is the perfect tool to plan your route with any mix of transit modes: the app will offer a choice of options and suggest the best route, all traffic congestion hitches and other setbacks considered. Walking tour routes on Yandex are also planned with all setbacks such as stairs, steep elevations and descents taken into account. The maps are updated in real time. The official traffic congestion ratings in Moscow are based on Yandex data. When you click on a public transit stop, its service wait times will pop up. Yandex.Maps welcomes user comments about Moscow places and services. You can also look up user ratings for stores, parks and restaurants on Yandex.

A free mobile app using geo-data from the user map system Open Street Maps. The two great things about this app are that it works offline (once you download the city map to your smartphone) and shows even insignificant objects with a high level of detail (the maps show forest trails and fences, for instance). Maps.me smoothly gets its bearings with GPS. It will build routes for different transit modes and update them to reflect your current geo-position. The only downside is that the objects on the maps are not updated so often. With the smaller stores or cafés, it is advisable to make sure they are still there.