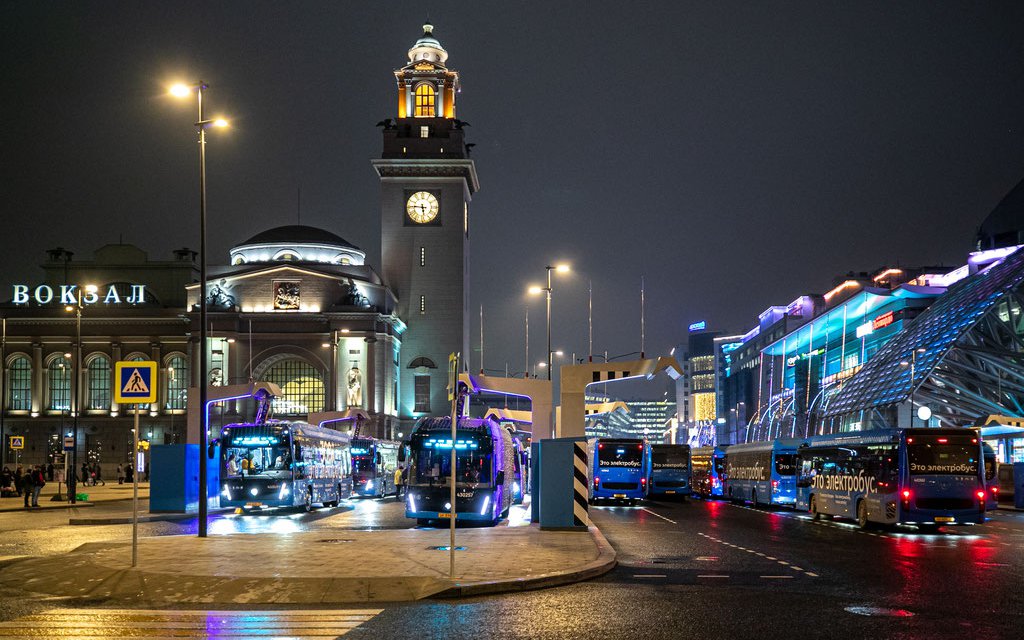 Moscow's public land transport network connects all of the city's districts and operates from early morning to late evening. At night, special night buses run to and from the city center. In 2016, the city launched the Magistral bus network, allowing buses in the city center to run with the same frequency as metro trains, introducing dedicated lanes that help to avoid traffic jams, and establishing a transfer hub at the Kitay-Gorod metro station.

You can learn more about the route network and its timetable on the official website of Moscow Transport or using the Moscow Transport smartphone app. The Yandex.Maps app offers a convenient way to track the movement of public transport along any route, as well as find out schedules of buses and streetcars and timetables of public transport stops.

Night buses run from 12:30 a.m. to 5:30 a.m. All night routes (with the exception of route "B", which goes around the Garden Ring), including routes "N1" and "N11", which go to Sheremetyevo and Vnukovo airports respectively, depart from the bus stop at the Kitay-Gorod metro station.

A single public land transport ride costs 50 rubles if paid with the Troika card. The card can be purchased at any metro or land transport ticket office, as well as from special ticket machines. The security deposit for Troika is 80 rubles (the deposit will be refunded to you once you return the card to a ticket office). You can top up your card using payment terminals or the MosMetro smartphone app.

A Unified Travelcard for a single ride costs 62 rubles and can be purchased at ticket offices and ticket machines, as well as directly from the driver.

You can also purchase rides with a card by touching to the contactless payment symbol on the validator at the entrance. A single ride purchased using this payment method costs 56 rubles.

If you happen to lose anything on public transport and realize that it is missing shortly after, you should contact the dispatcher or the station agent. Otherwise, the next day, the lost item will be placed in the lost-and-found storeroom (Preobrazhenskaya Ploschad metro station), where it will be stored for six months from the date of loss. To reclaim a lost item, you will be required to submit a report with a brief description of your missing property and the route you were traveling, and in order to receive it, you will be required to present your passport or other identity document.

If you lose a wallet, any money found inside will be sent to the cash office of the Mosgortrans Traffic Department for safekeeping. Same as with other items, you will be required to submit a report in order to reclaim it, after which you will be able to receive your money and wallet at the cash office and the lost-and-found office respectively.

Missing documents may only be reclaimed through the police, as they are sent to the Lost and Found Service at the Main Directorate of Internal Affairs, which then contacts the owner within three days. If the service fails to reach the owner, the documents are sent to the lost-and-found documents office.