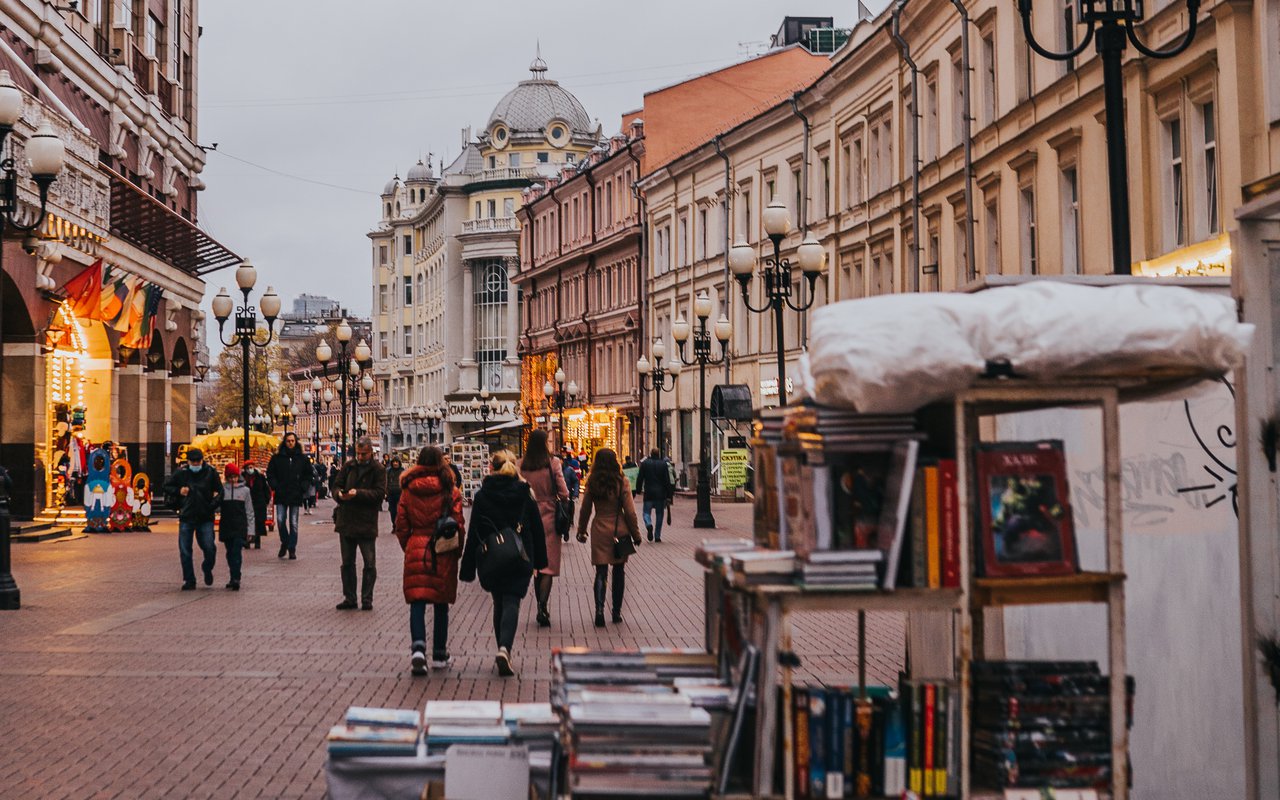 Souvenirs with Moscow sights are a perfect way to commemorate your visit to the Russian capital. You can find unusual small souvenirs at the Heart of Moscow store, which offers pins with images of the Spasskaya Tower, the Stalinist high-rise building of Moscow State University, and the State Tretyakov Gallery; magnets with Soviet-era cityscape photos; as well as mugs featuring the capital's constructivist buildings. Many of the city's iconic locations have their own souvenir product lines: make sure to stop by the Gorky Park souvenir store, the VDNH gift shop, which sells pins in the shape of the exhibition's pavilions, and the Moscow Metro shop, which offers keychains that look like train cars.

Small Moscow brands often feature attributes of Moscow in their collections: for instance, at Mech stores you can find t-shirts and sweatshirts with the city's logo, while Dva Myacha offers sneakers inspired by the city's aesthetics in the time of the 1980 Olympics. Another great souvenir option is a t-shirts with Cyrillic text, like the ones you can get from the local brands Sputnik and Volchok, the latter of which often designs clothes in collaboration with Moscow musicians and artists.

To find authentic folk craft items in Moscow, visit the stores of handicraft brands and look for Likino-Dulyovo souvenirs, Gzhel tea sets, Zhostovo trays, and Pavlovo Posad shawls. In the store of the Imperial Porcelain Factory, you can find porcelain items, including ones with the city's symbols.

Alyonka chocolate and Moskva candy are both long-standing symbols of the Russian capital. When it comes to local confectionery, you may want to be on the lookout for Belevskaya pastila, which is a type of organic apple candy, and Tula pryaniki, the production of which has long since stopped being limited to Tula.

A book on the city's history or a painted poster with the capital's sights can make for a memorable gift. Consider getting a map indicating the age of Moscow buildings, a guide to Moscow's architectural styles, or a book about the capital's Soviet modernist monuments. Another great souvenir option is a map of the Moscow Metro with its recognizable design.