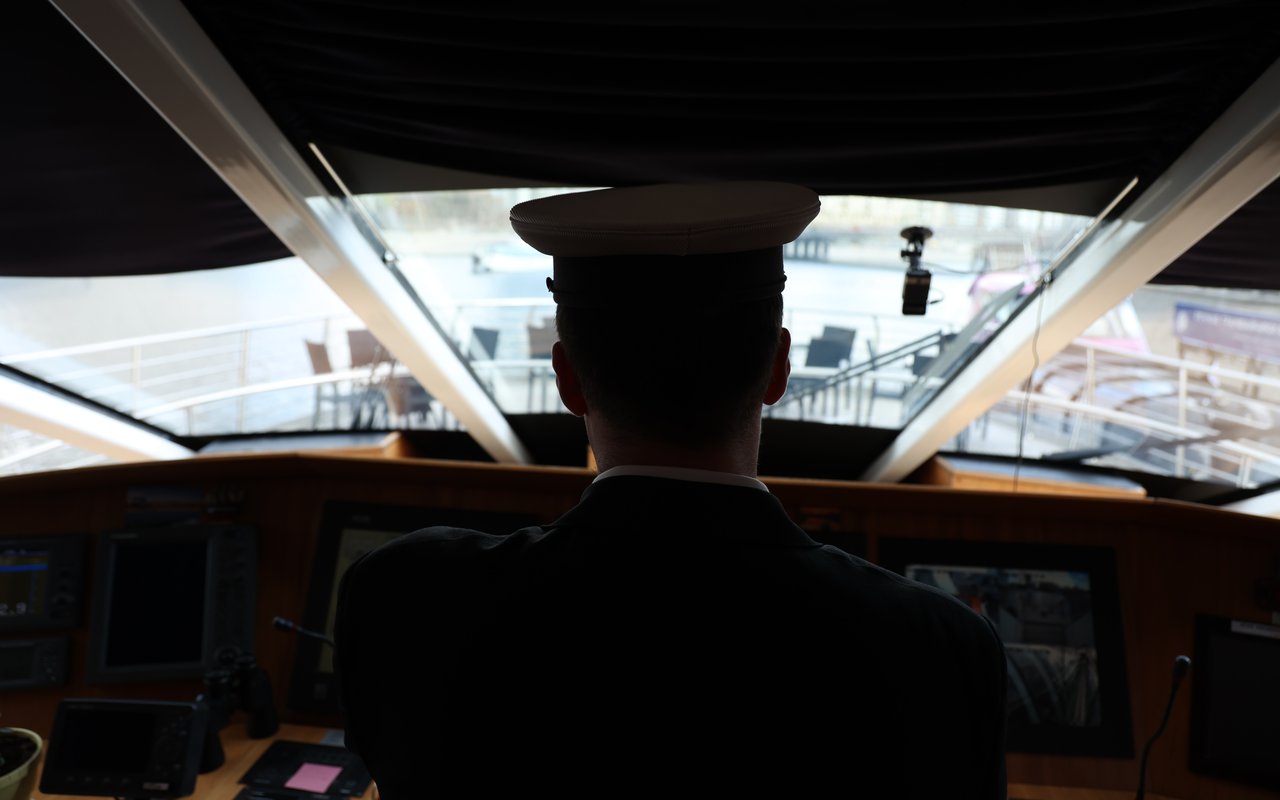 Discover Moscow went on a river cruise of the Radisson Royal Flotilla to find out how routes work on the Moscow River.

The yachts of the Radisson Royal Flotilla entered the Moscow River for the first time in November 2009. Today, the Flotilla has 20 ships: 10 ice-class yachts with restaurant service on board, which sail the Moscow River all year round, and 10 bright water buses with a telescopic sliding roof, cruising during the summer navigation season.

Over 400 people work on the Flotilla. They include the dispatching department, operation service, administration, advertising and legal departments, and service personnel. There are 40 captains in the team, and most of them have been working here for about 7–9 years, or even since the very opening.

How to become a captain

After the 9th grade, I entered the Academy of Water Transport. After studying for three years, went to work first as a sailor, then as a helmsman. Every year, I improved my skills, got a higher education diploma of captain mechanic. I worked on motor ships of the “Moscow” type. Then I joined the Flotilla team.

The most difficult part of my profession is the human factor: communication with people, including passengers and other navigators on the river. And the most enjoyable is communicating with water. 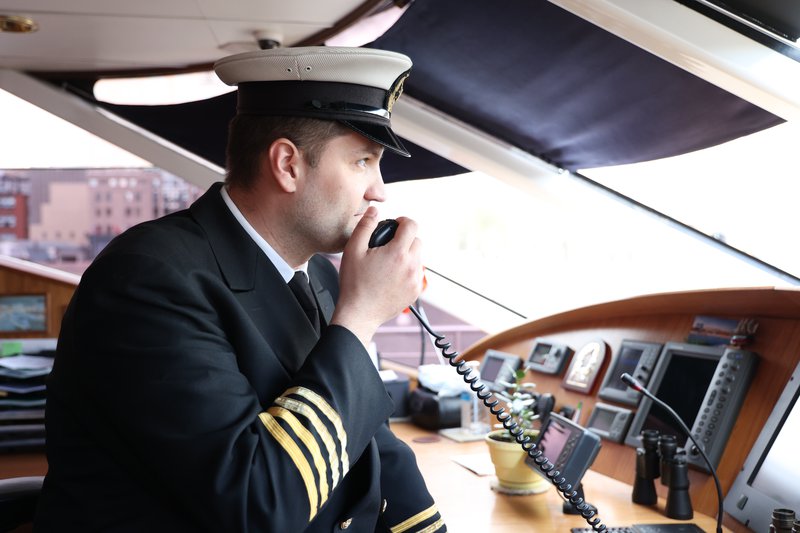 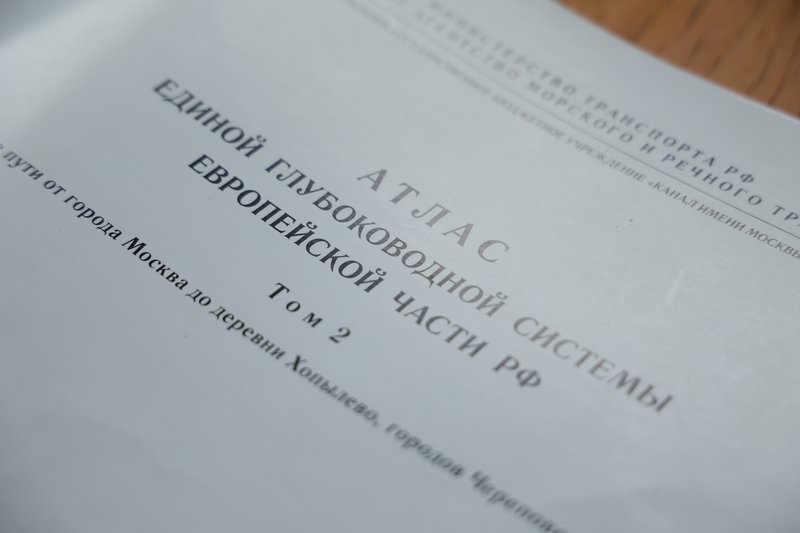 How the work is organized

Our crew consists of three people: a captain, a helmsman and a sailor. This is enough for our voyages. The crew is assigned to a certain yacht, and each of us must know their ship inside and out. Our yacht is called Primavera. This type of ship is one of the largest among carriers on the Moscow River: 60 meters long and 12 meters wide.

The working day begins with a morning planning meeting, where all the captains gather. Then we receive an order for voyages during the day. Before going on a voyage, we plan preventive, washing or repair work. Passengers boarding begins half an hour before the start of the voyage. The cruise itself lasts 2.5 hours.

How navigation is organized

The autopilots are used on open water, where there is a lot of free space and ships are free in maneuvers. Our yachts are manually operated. With such dimensions and a meandering river, a lot of maneuvering is required.

There are many functions on the instrument panel. The main ones are ship control knobs: gas, reverse, stern-way. There is a steering joystick and a thruster. We turn 180 degrees in heavy traffic – it is important to make all maneuvers accurately so as not to delay other traffic participants.

There is a circular video review of the entire ship, a command and broadcast installation, a walkie-talkie for communicating with other navigators on the river, and a control panel for the operation of electric generators on the instrument panel. 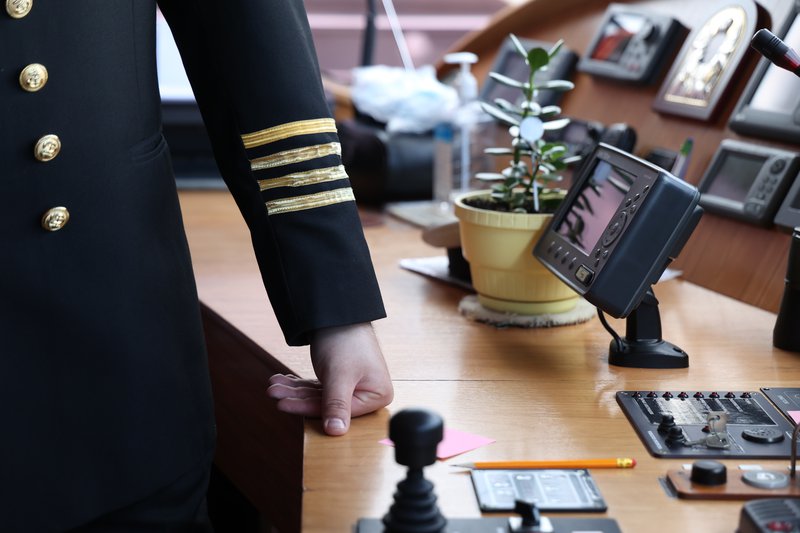 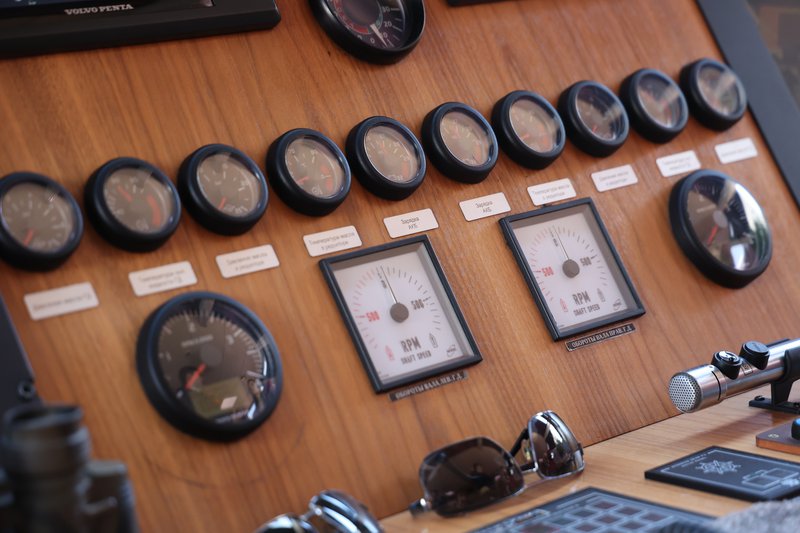 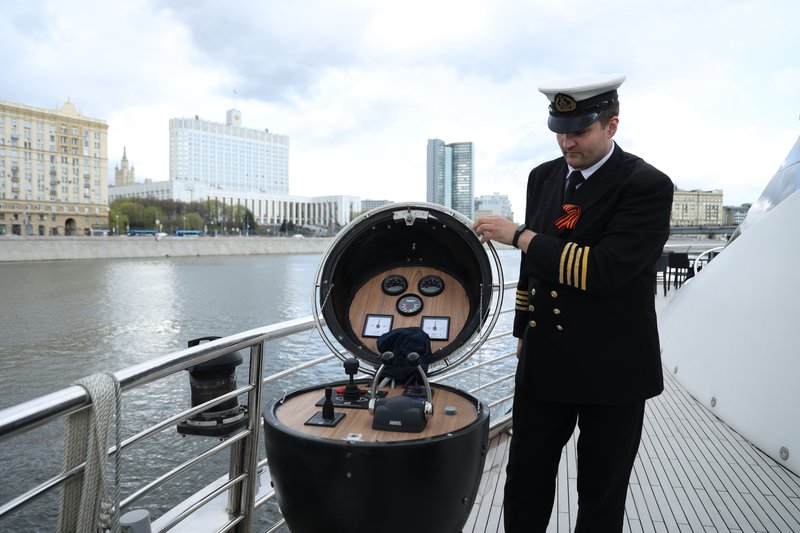 How the route on the river is organized

In summer, there are fewer surprises from the weather, but more from other ships, because the traffic becomes especially intense. It happens that there are even full-blown traffic jams in the Kremlin area. On the water route, like on the road. Throughout the center of the Moscow River, especially on holidays and weekends, the traffic is very intense. During a cruise, you may meet and overtake up to 50 ships, or more.

In winter, movement is hampered by ice. Under such conditions, a technical icebreaker ship first sets out on the route, and we follow along the track. But in severe frosts, it happens that you go back along the rut, and it is already frozen. Our reinforced hull yachts are able to work even in such harsh conditions. The vibration and noise level in the cabin increase, but the picture outside the window becomes even more interesting.

In the off-season, there is wind and heavy rainfall, which impair visibility. In heavy fog, when visibility is less than one kilometer, we do not set out on a voyage.

Spring for us is a flood, a discharge of water, a strong current. We adapt to these conditions. In addition, when everything melts, a lot of garbage washes off the banks. This can be dangerous for the propeller and rudder complex. 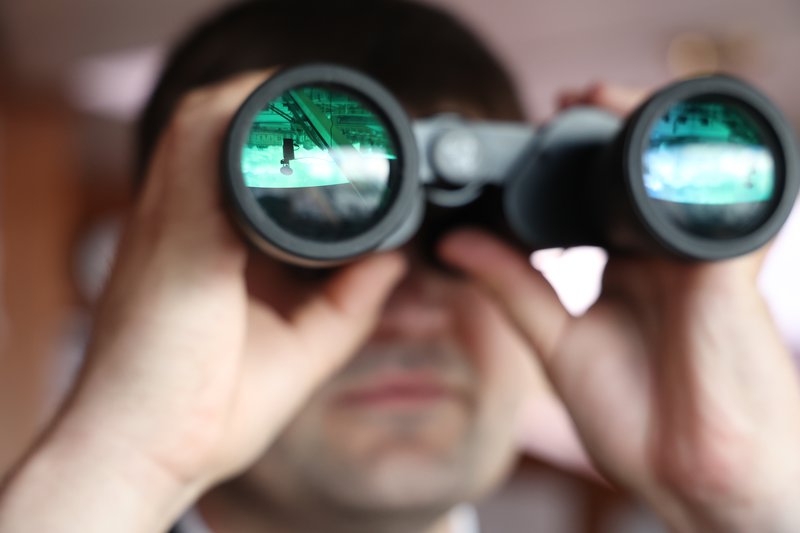 At the beginning of our operation, the Radisson Royal Flotilla had five yachts, and they departed only from the Hotel Ukraina berth. In 2012, they added 5 superyachts with a first-class cabin on the upper decks. Also, a second berth, Gorky Park, became available for departure.

Each yacht has its own name: Ferdinand, Scarlet, Celebrity, Capella, Bon Voyage, Primavera, Beauty, Montana, Felicita, Butterfly. In 2019, a new project was presented 10 modern river buss. The bright palette of these “river convertibles” led to the idea to give them the appropriate names: Podsolnukh (“Sunflower”), Nezabudka (“Forget-me-not”), Tulpan (“Tulip”) and others, depending on the color. 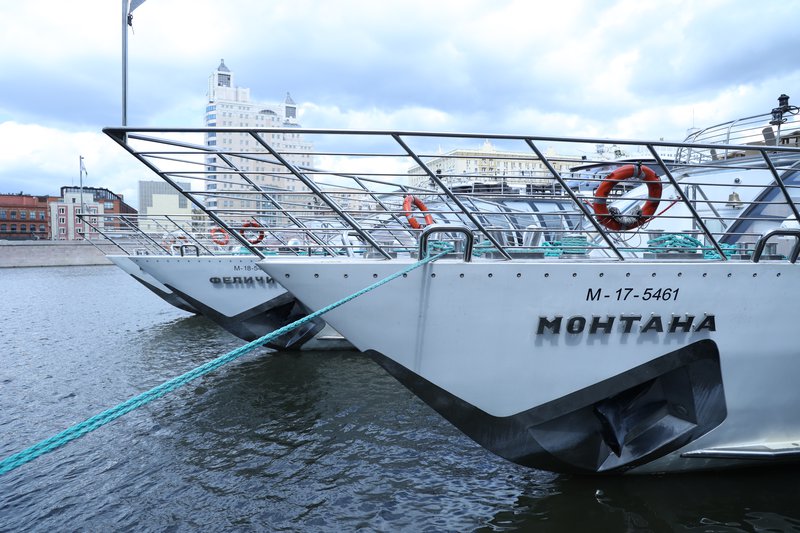 At night, the yachts stay on the berths, and the technical inspection takes place outside the city, in specialized centers for ships. Captains also regularly pass certification.

On large yachts, several categories of cabins are equipped: the main deck, first class salon, royal class, as well as the Erwin.Reka fish restaurant on one of the yachts. Each room has panoramic windows, where you can order drinks and original dishes. 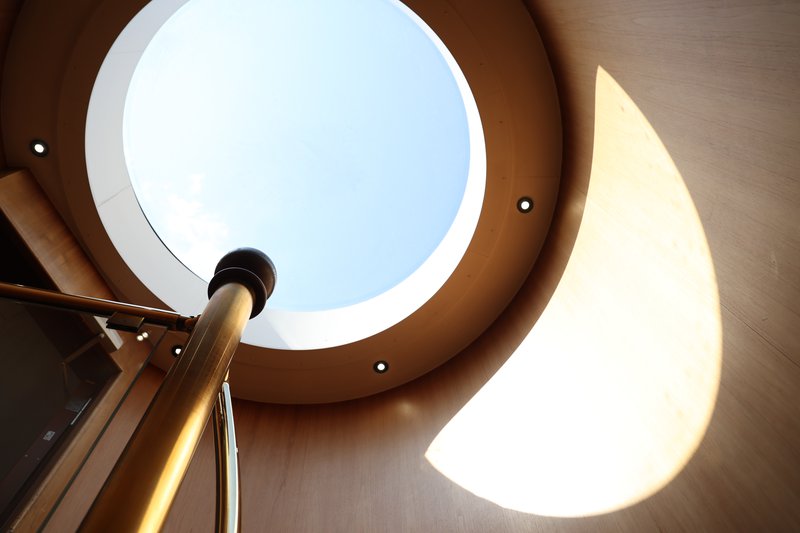 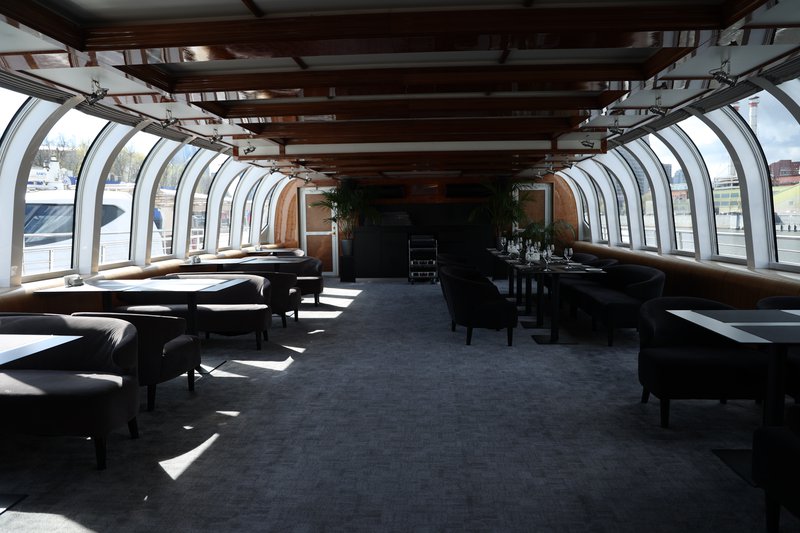 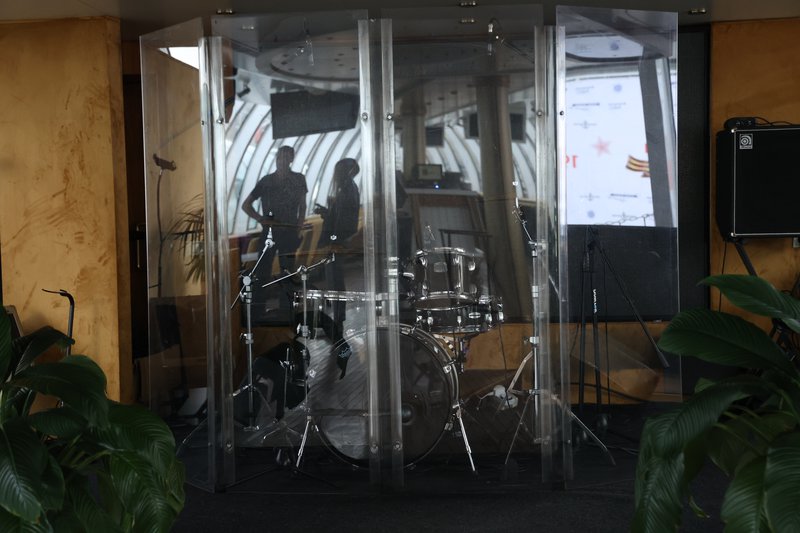 There are also theatrical cruises on yachts with performances based on the works of the classics: Chekhov, Wilde, Goldoni and Labiche. Each performance is accompanied by dishes of the corresponding era.

The best time to go on a voyage

I’ve been with the company for 8 years and it’s impossible to count how many times I’ve gone on cruise. But each of them is like a small voyage for me! And even despite the fact that the route is the same, and the landmarks in the heart of the capital are unchanged.

Whatever city I go to, if there is a river, I will certainly go on a cruise. This is no longer a job, but a habit that cannot be stopped. I have been on different cruises both in winter and summer. In the summer, you can find this opportunity in almost every city on the water, but not everyone can go on a voyage in the winter, and we in Moscow were very lucky with this. The crunch of ice under the powerful keel of the yacht is an indescribable feeling.

The yachts are able to overcome up to 20 cm of crushed ice. In the winter season, and if the Moscow River is tightly covered with ice, an icebreaker, which is also available in the company, goes along the route first. 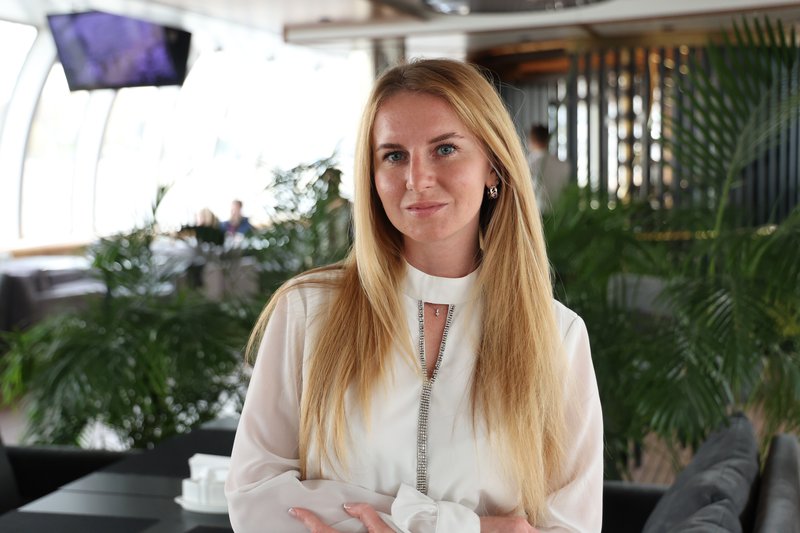 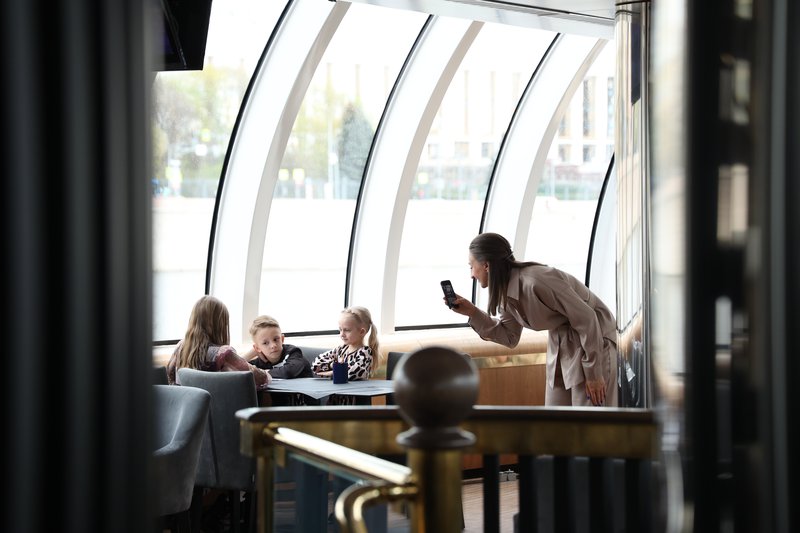 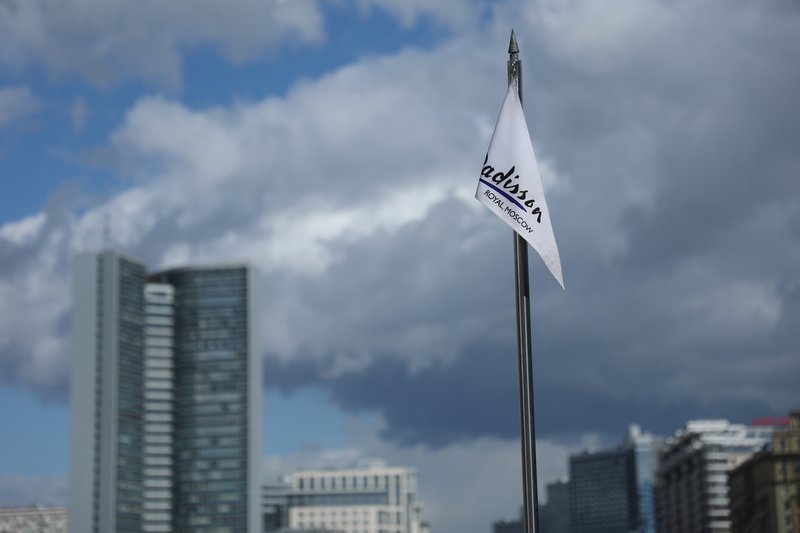 What you can see from the river

The biggest plus of a river cruise in a metropolis is the opportunity to abstract from all the affairs for 2.5 hours, to be with friends and relatives and admire the beauty of the capital from an unusual angle. For tourists, this is an opportunity to get acquainted with the city, with its main attractions, as well as take amazing photos. Moreover, it is a journey predictable in time. There is no need to worry about whether you will make it in time or not, or spend time in a traffic jam.

The city is changing, and this is especially noticeable from the river. Embankments have changed, new promenades have opened, parks have changed, and the lighting has been renovated. GES-2 has been recently opened. It is interesting to walk along the river and watch how the capital changes and develops.

Cruises with Flotilla are an exchange of positive emotions: guests share them with us, and we give them back. It is priceless: to be at work – and at the same time to see the genuine emotions of people and even be a witness to meaningful events. In front of my eyes, they repeatedly made a marriage proposal during the cruise. And on April 30, we launched a solemn marriage registration ceremony service on the board of a river bus.

What makes the Flotilla unique is the fact that the season does not stop for a single day. In winter, ice-class yachts go on voyages. The route of yacht cruise passes through the historical center of Moscow and takes 2.5 hours. During the cruise, you can see the Kremlin, St. Basil’s Cathedral, the monument to Peter I, the Novospassky Monastery, the Cathedral of Christ the Savior, Gorky Park, Zaryadye, Luzhniki, Stalin’s skyscrapers and many other sights of the city. 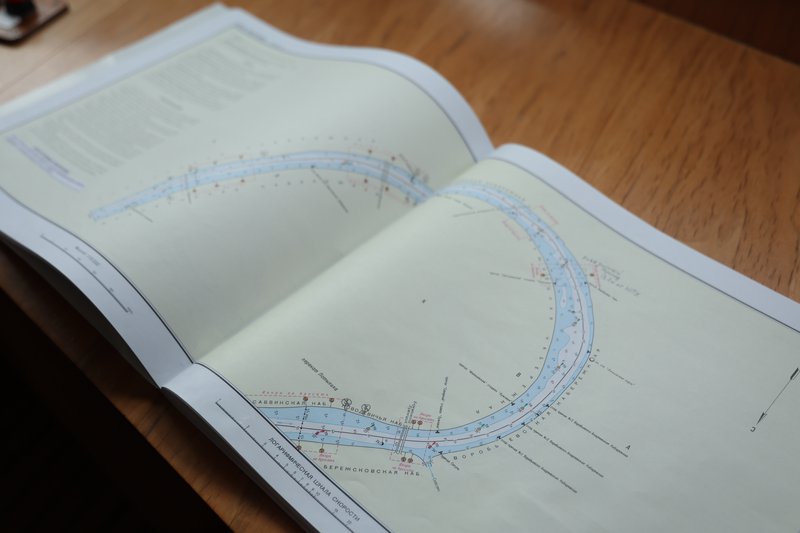 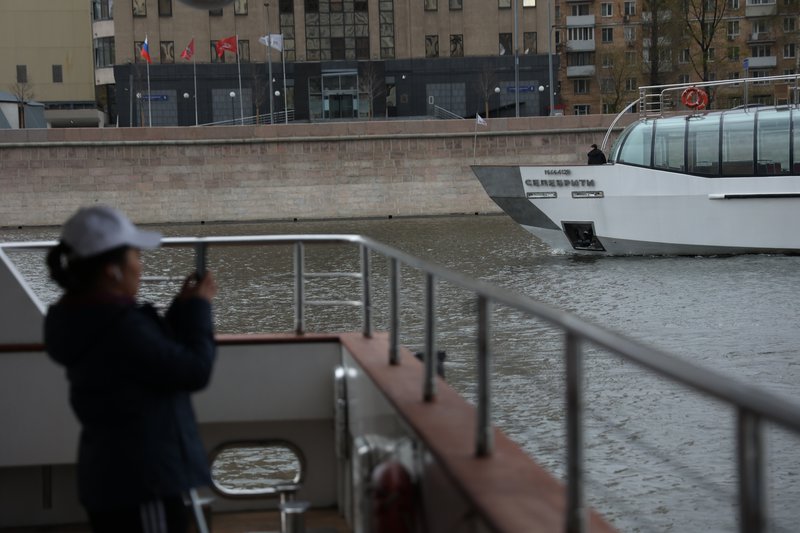 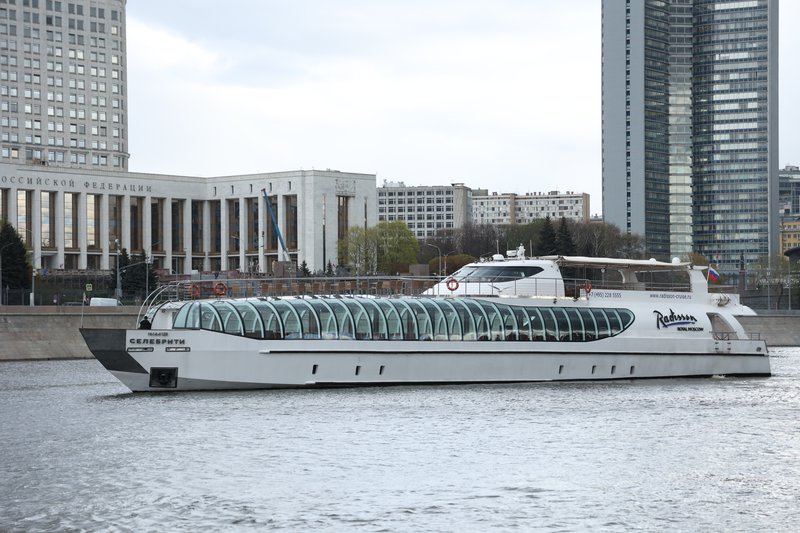