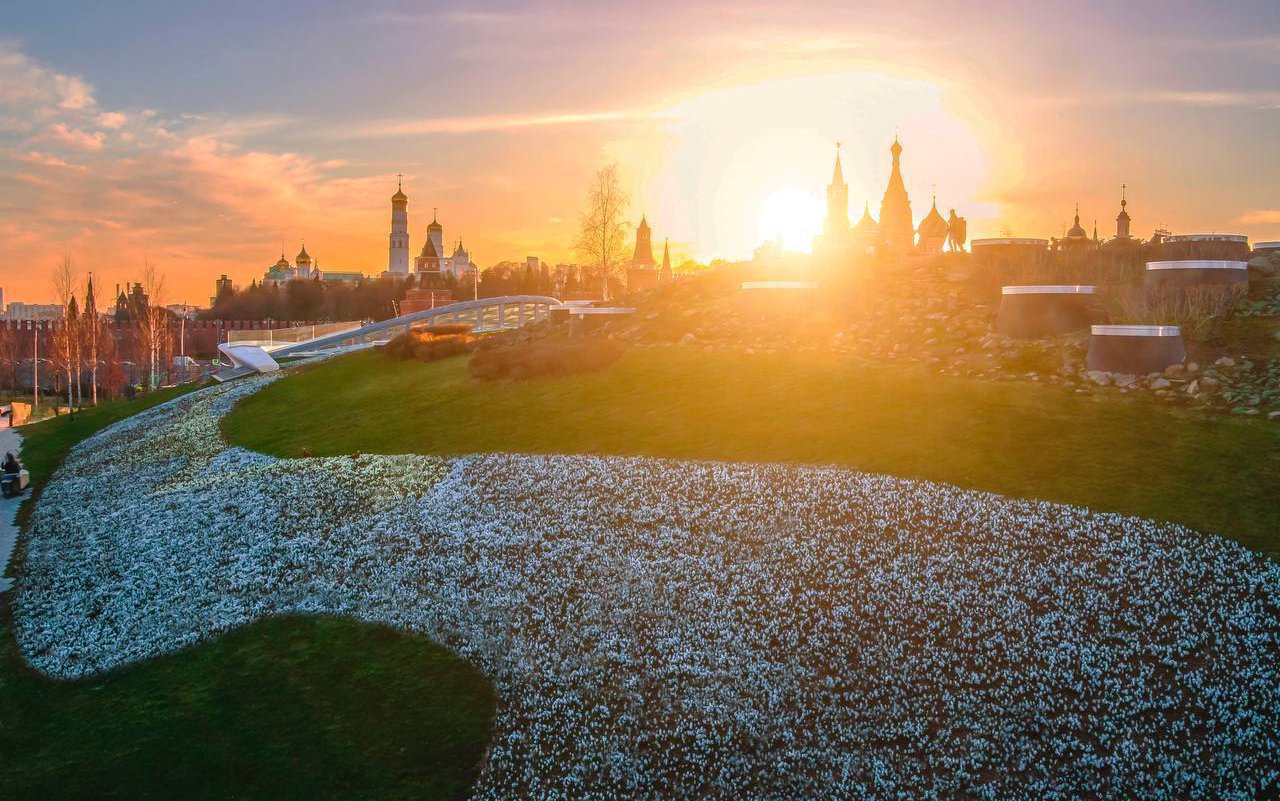 The Waves of Blossom project, a large-scale floral landscape show, has been launched at Zaryadye Park. The project complements the concept of the park and demonstrates different climatic zones of Russia: the flora of the tundra, forests, steppe, meadows, and subtropics. The plants, selected by Russian experts, convey the natural features and diversity of all of the country’s climatic zones. The flowers occupy almost an entire hectare, and they can be admired for six months, as some varieties will replace others.

An ecological system for harvesting and using rainwater was devised in the design of the landscape. In total, more than one million plants have been planted in the park, including 760 trees and 7,000 shrubs, and there are 27,700 square meters occupied by perennial grasses.

Photo: Telegram channel of the Mayor of Moscow