An open-air swimming pool from the Khrushchev Thaw period 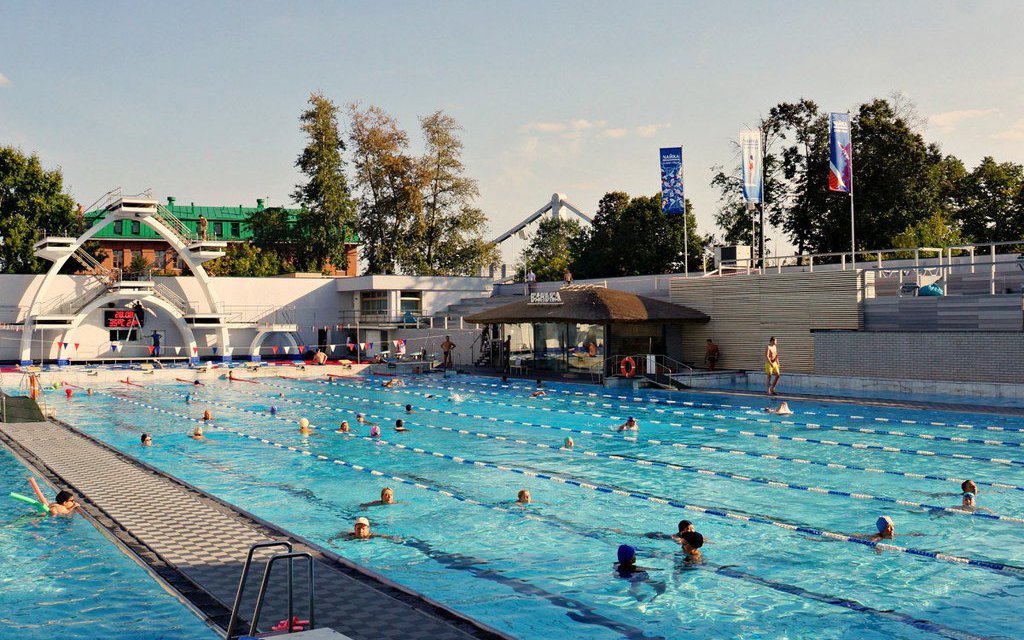 Chaika (literally: Seagull) is a swimming pool built soon after the start of Khrushchev's "fight against excesses". A resolution of 1955 put an end to the era of heavy Stalinist neoclassical architecture, stating that "Soviet architecture should be simple, with austere forms and streamlined solutions." The swimming pool was built for the 1957 World Festival of Youth when the Soviet Union demonstrated a new level of openness to the world, for the first time in many years.

The light building embodied this new era and became one of the first examples of Soviet modernism in Moscow. Architect Boris Topaz and designer Yuri Dykhovichny made sure the construction could be turned into an ice rink, but that never happened: Chaika is an all-season open-air swimming pool.

You can swim on your own or with an instructor: the pool offers swimming classes and water aerobics for adults and children aged 4+. Other services include yoga, gymnastics, and dance classes, as well as a massage cabinet. There is a sauna with a floor-to-ceiling window and a view of the open water. Single-entry tickets are available.