A historic art gallery next door to Red Square 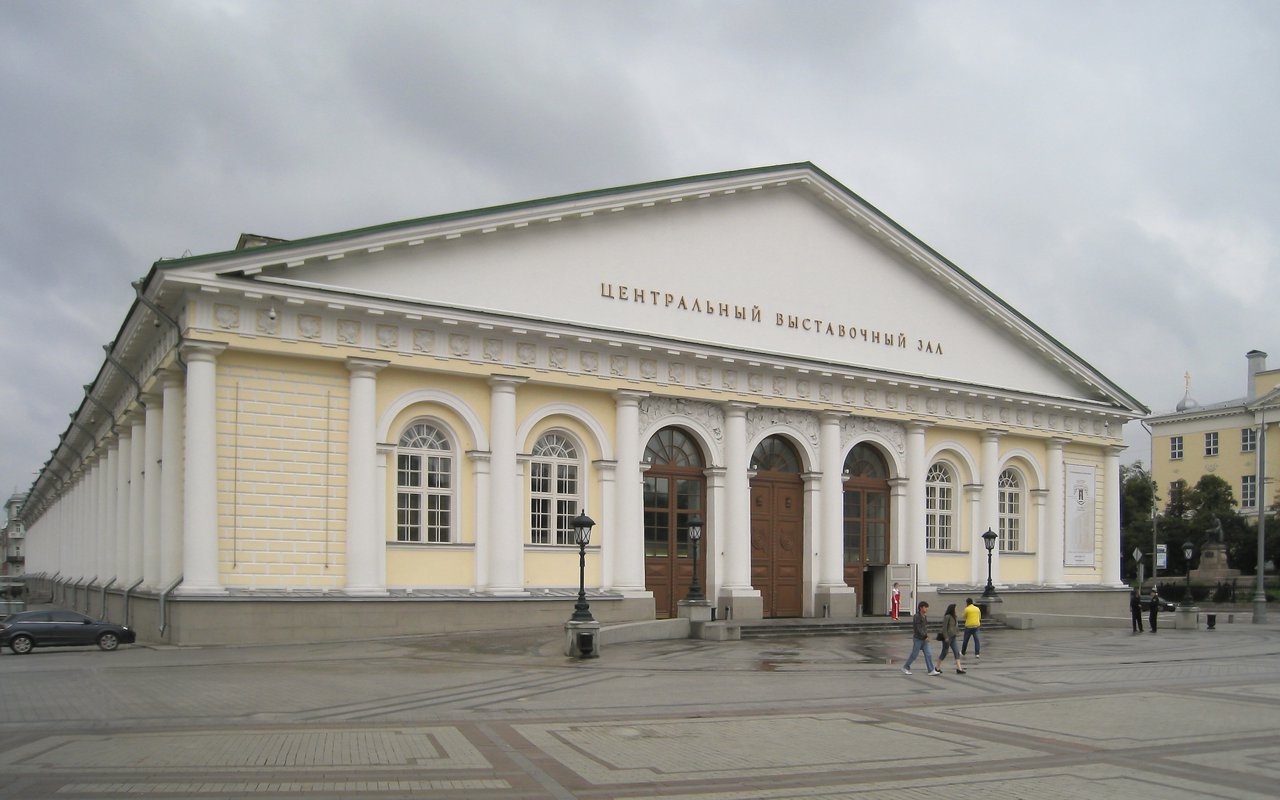 Following the 1812 great fire of Moscow, which had annihilated most, if not all, wooden buildings in the city, it was decided to erect an imposing and harmonious classical architectural complex in the heart of the city. The Manege, a riding school for Army soldiers, arose on the site where merchants had used to keep their stalls next to Red Square. The Manege was opened to much fanfare in 1817 to mark five years since the devastating fire. The original building was designed by Augustin Bétancourt, a Russian architect of Spanish extraction. The Empire façades were added a few years later by a no less influential architect, Joseph Bové.

Originally intended for military riding practice and parades, the Manege was re-purposed to host concerts and exhibitions after the military events were moved to St. Petersburg. The Manege served as a government vehicle garage during the Soviet era before the 1941-1945 war. It was reconstructed and once again converted to an exhibition venue in the early postwar years. But it was not smooth sailing for Manege from there on out: the building nearly burned down in a major fire in 2004, but was salvaged and restored in just 12 months.

Nowadays the Manege continues to operate as a venue for exhibitions, concerts and fairs. Most of the building is occupied by art gallery spaces which double as lecture, conference or film viewing facilities. Avant-grade art has been a special focus for Manege since the 1990s. Almost all influential Russian artists of the past fifty years have exhibited their works at the Manege. Many of them also give lectures or teach workshops here.