The Saint Simeon the Stylite Church on Povarskaya Street

A small church with a big history 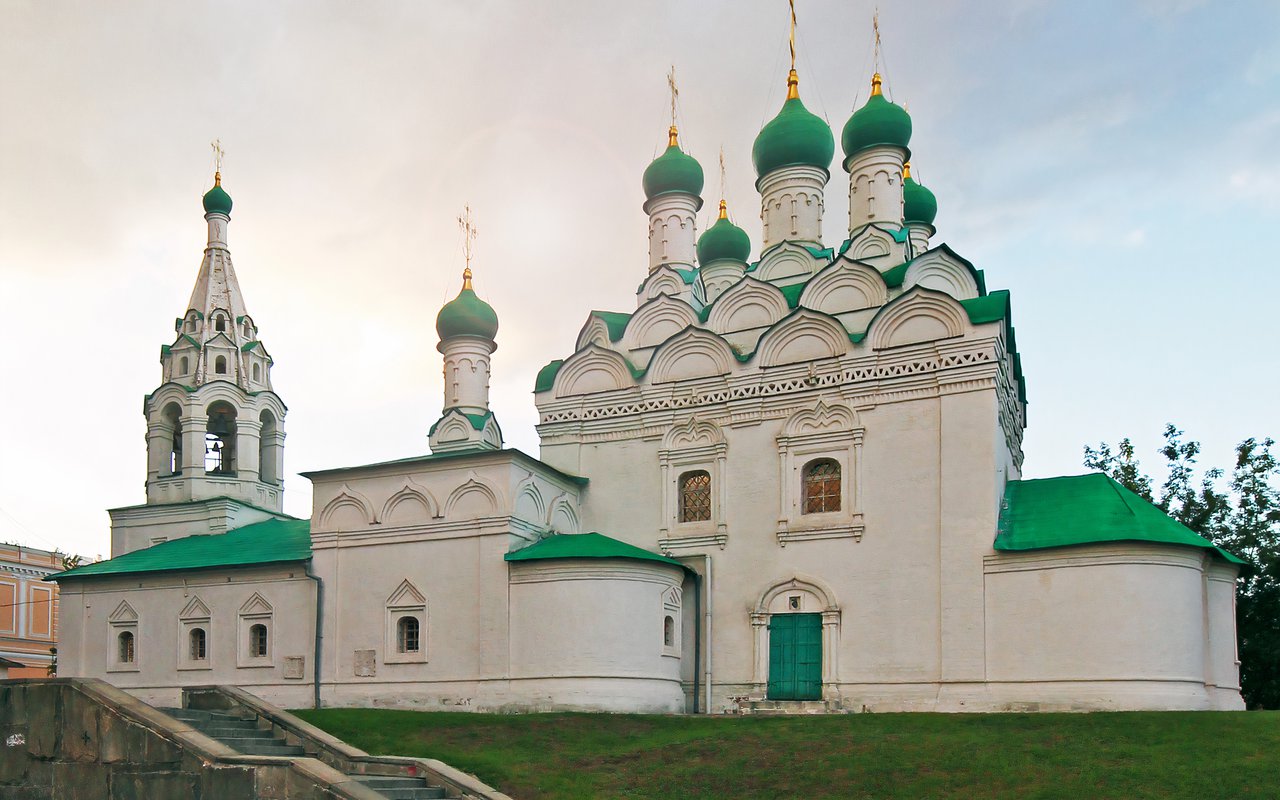 This modest 17th-century church located at the beginning of Novy Arbat Street has been a witness of numerous changes to the area. When a wide avenue surrounded by high-rise buildings appeared here in the 1960s, many historic buildings were demolished, but the church was preserved thanks to the persistence of architect and restorer Leonid Antropov. Artist and art critic Vladimir Desyatnikov says that Antropov stood in the way of the excavator and interfered with the demolition until the Ministry of Culture of the USSR presented him with a decree that made the church a state-protected monument.

By 1966, the church had regained its historical appearance, but without crosses on its domes. At the time, its premises were used to exhibit paintings and folk art, as well as domestic animals. The crosses and other church attributes were returned here in 1990, the same year that holy services were resumed. The church was again decorated with paintings, and restorers recreated the iconostases and church extensions.