A philharmonic complex with unusual architecture 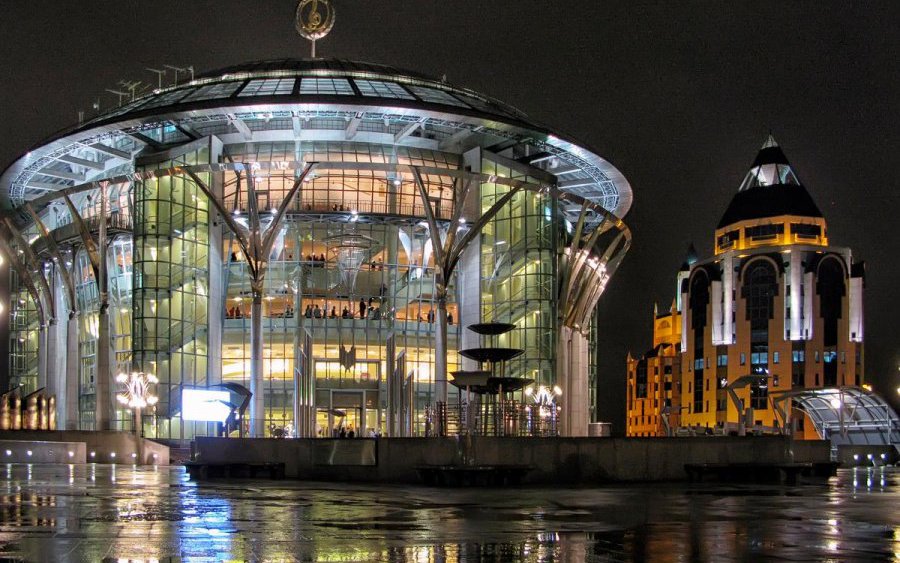 Before the opening of the Moscow International Performing Arts Center (House of Music), Moscow had only two philharmonic halls — the Great Hall of the Conservatory and the Tchaikovsky Hall. That's why in the late 1990s Moscow authorities decided to open a new concert venue for classical music. The construction of the building was supervised by music enthusiasts. Aside from music halls, the ten-story building also boasts all the necessary infrastructure — a recording studio, a musical instrument store, and a themed restaurant. The House of Music with a glass facade overlooking Kosmodamianskaya Embankment became one of the most notable architectural monuments of the 2000s.

Today, the House of Music is Moscow's largest concert venue for chamber and symphonic music. The complex has three halls — Chamber, Theater, and Svetlanov. They host daily performances by Russian and foreign orchestras, soloists, and instrumentalists. A new small hall with only 250 seats has recently been added to this list. Despite the size, it has the most modern acoustic equipment, and the walls are decorated with works of contemporary artists. The House of Music often becomes a venue for festivals, hosting jazz days and neoclassical music nights.