A Moscow landmark from the days of the Russian Empire 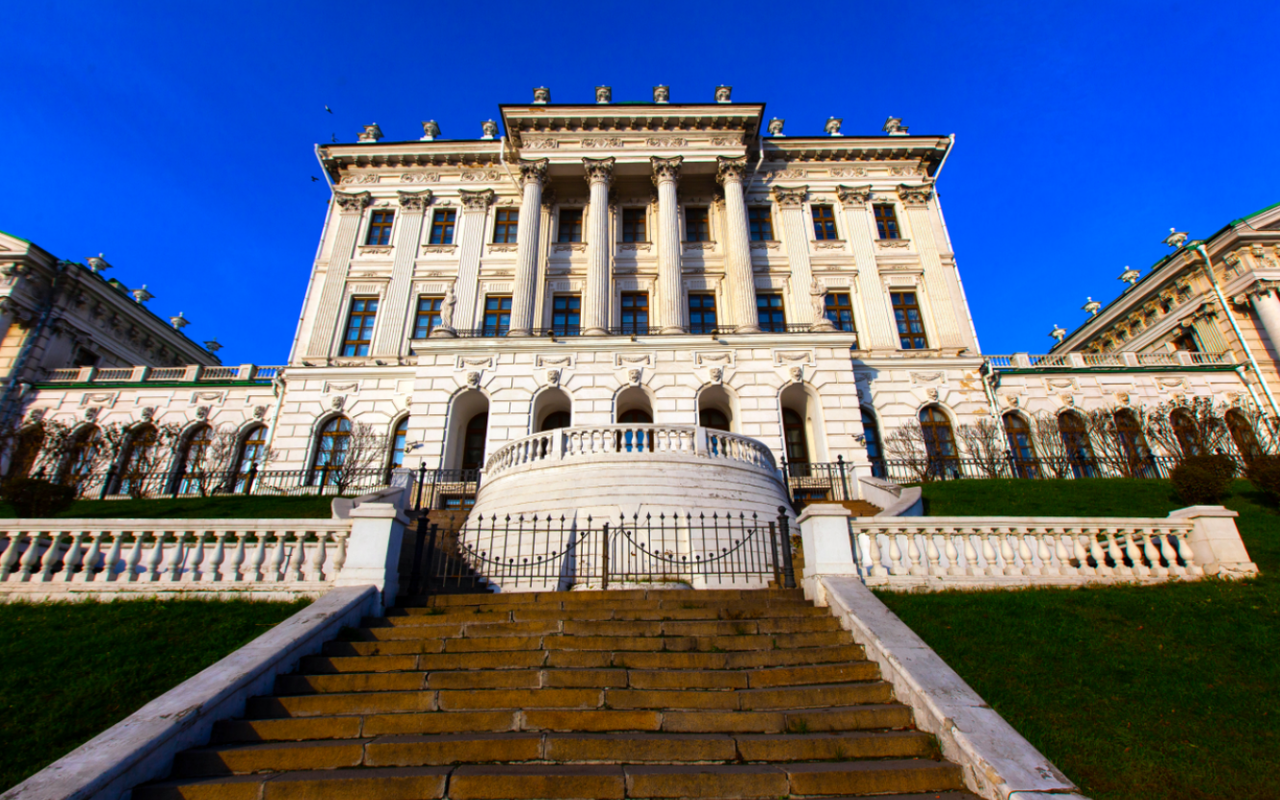 The mansion was commissioned by Captain Lieutenant Pyotr Pashkov, son of Peter the Great's valet. There is still no consensus regarding the creative mind behind the project; there are strong indications that the architect of the building was Vasily Bazhenov, but no records exist to prove it.

The design of the mansion includes Baroque elements. Its outline is a juxtaposition of large and small volumes: the massive central section is contrasted with two low wings as is the narrow entrance from Starovagankovsky Lane with the vast courtyard to which it leads. The building has two front facades: one of which faces the Kremlin and has a grand, austere appearance due to the raised relief and the main staircase; the other one faces the courtyard and has a more subtle appearance.

In the 19th century, the building was home to the Rumyantsev Museum patronized by Alexander II. He donated several works of art to the museum, including the painting The Appearance of Christ Before the People by Alexander Ivanov. In 1914, architect Shevyakov built the double-height Ivanovsky Hall beside the museum, a separate space designed specifically for the huge painting.

After the Russian Revolution, the building housed the Rare Manuscripts Department of the USSR Lenin Public Library. Today, the Pashkov House is occupied by three of the Library's departments: the Manuscripts Department, the Printed Music and Sound Records Department, and the Cartography Department. The great hall of the Cultural and Exhibition Center is the venue for international conferences, private showings, book presentations, and literary awards ceremonies. The Pashkov House is mentioned in The Master and Margarita as the meeting place of Woland, Azazello, and Levi Matvei.