A mansion with a cabaret and crocodiles 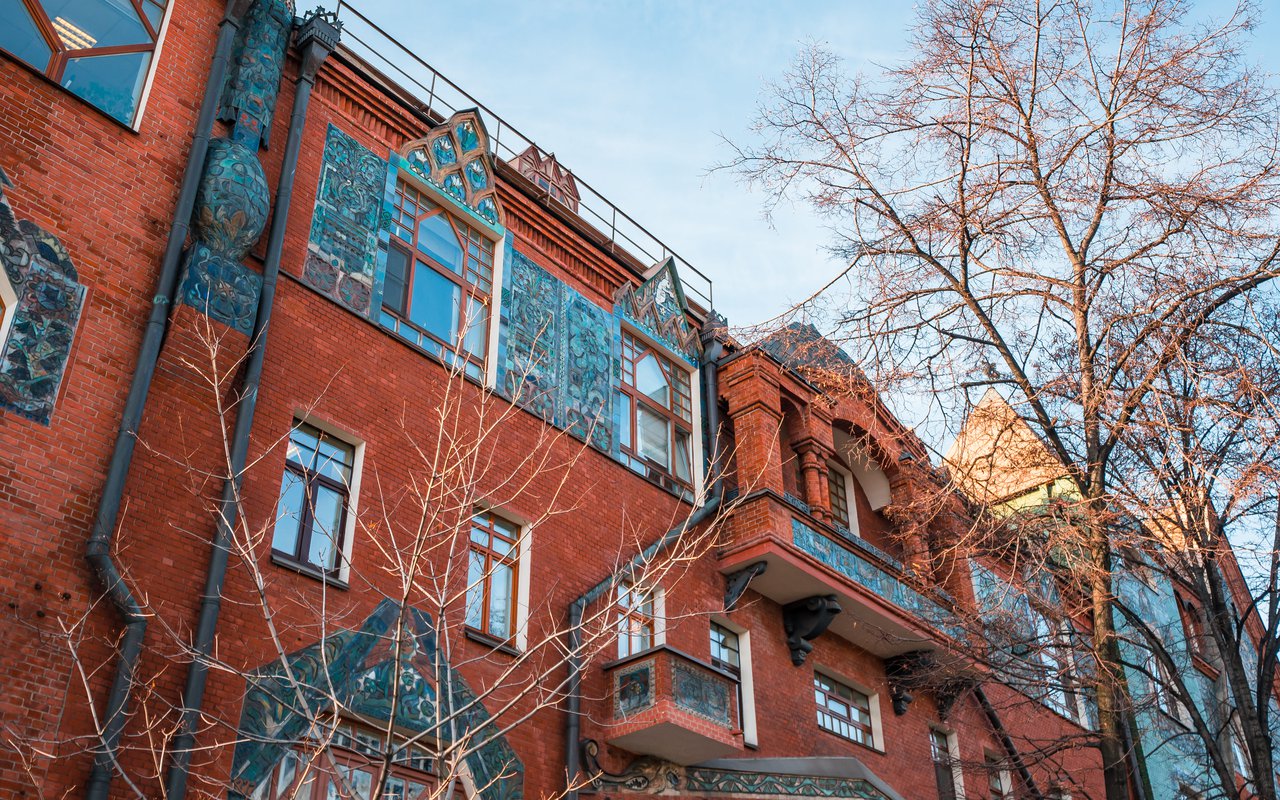 In the early 20th century, entrepreneur and railroad tycoon Pyotr Pertsov decided to build a "tenement house in the Russian style" next to the Cathedral of Christ the Savior. The building was officially registered in the name of his wife Zinaida Pertsova.

The mansion is sometimes nicknamed the Crocodile House because the balcony supports are shaped like dragons. Along with other unusual decorative elements, they reference Old Slavic folklore and the mythology of northern peoples. The facades feature decorative pillars with owls and colorful majolica murals depicting the god of the sun Yarilo and various magical creatures. The decorations for the facades and interiors were created by artist Sergei Malyutin, known as the illustrator of Alexander Pushkin's fairy tales and creator of the Russian Matryoshka doll.

The Pertsovs occupied a smaller part of the house and rented out many of the rooms. The basement was occupied by a cabaret named The Bat, which was frequented by theatre practitioner Konstantin Stanislavsky, opera singer Feodor Chaliapin, and other Moscow bohemians. The cabaret's motto was "No offence". This was most likely the building described by Nobel Prize winner Ivan Bunin in his book Cleansing Monday as the dwelling of the mysterious lady, the main character.

Unlike the exterior decoration, the interiors of the mansion were lost almost entirely: only the carved doors, the staircase, and some decorative details like the bas-relief with a Sirin bird above the main entrance remind us of Malyutin's original design. Since the 1970s, the building has housed the Main Department of the Diplomatic Corps under the Russian Ministry of Foreign Affairs and is closed to visitors.