A neo-Russian tenement with live sharks 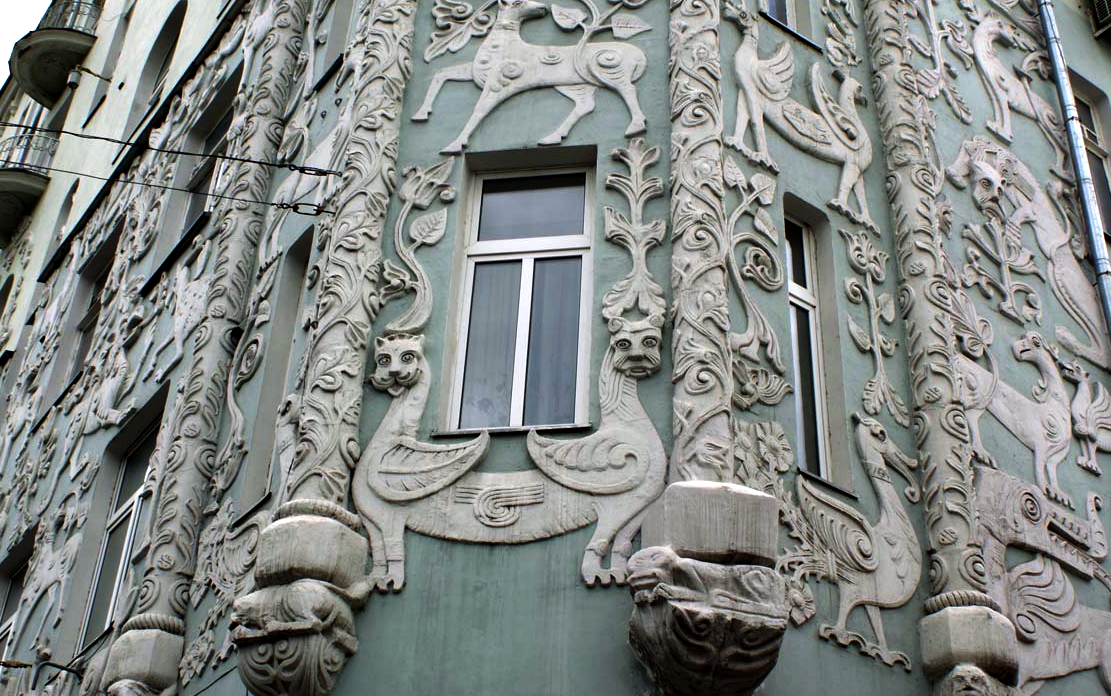 This historic tenement building is one of Moscow's treasures. Both inside and outside, it lives up to its name. Numerous fantastic beasts embellish the facade, and the basement houses Marine Aquarium on Chistye Prudy. Since 1989, it has been home to a thousand exotic fish species.

The house was built in 1908 for the Olovyanishnikov merchant family and was managed by the Holy Trinity Church on Gryazeh at Pokrovsky Gates. Some apartments were occupied by members of the parish in need, others were rented out. Sergey Vashkov, a disciple of famous artist Viktor Vasnetsov, created all the mythical creatures, plants, lacey ornaments, and other numerous decorative elements. He was inspired by the bas-reliefs of the Cathedral of Saint Demetrius in Vladimir. After he had finished his work, he received an apartment in the building as a reward.

You can see the house briefly in classic Soviet movies like "The Foundling" (1940) and "The Pokrovsky Gate" (1982). The building is still residential, although its appearance has changed over time. In 1945, architect Boris Topaz designed some additional stories. During the reconstruction, a number of decorative elements like a gate with a lion were lost. Later, the house got something new for its look: it now has stairs decorated with owls, snakes, and cats.

You can visit the aquarium and see exotic sea creatures for a fee. Come on Tuesday or Friday if you want to watch the aquarists feed sharks, stingrays, moray eels, and turtles.