One of the signature symbols of Moscow's Soviet-era 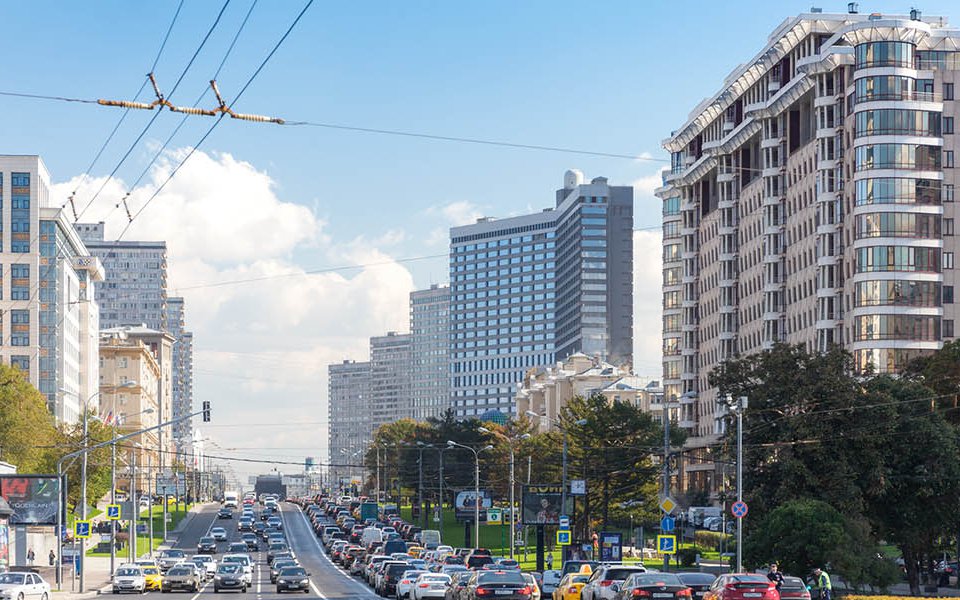 Developed in the 1960s, New Arbat Avenue (formerly Kalinina Avenue) was to serve as the key artery linking Moscow's center with its western neighborhoods, and a part of the government thoroughfare. Nikita Khrushchev, inspired by the high-rises he had seen during his travel in the United States, personally oversaw the development of the designs. The new, ambitious construction project was viewed as something of a sandbox for architectural experimentation. It was not until the Brezhnev era that the New Arbat high-rises were completed. The then-head architect of Moscow, Mikhail Posokhin, designed the experimental 1MG-601Zh series apartment towers for the even-numbered side of the street, and the office buildings nicknamed “Books” for being V-shaped, for the odd-numbered side. The four 26-story Books shared a common one-kilometer two-story stylobate structure, which housed shops and service outlets.

The ambitious redevelopment project met with much criticism for being too “radical.” The writer Yuri Nagibin, for one, called New Arbat “Moscow's artificial denture.” However, the Book Houses evolved into one of Moscow's chief architectural attractions during the late Soviet period. Most of the buildings are currently occupied by rental offices. As before, the stylobates are home to numerous shops and restaurants. One of the notable tenants is the two-story Uniqlo flagship store. Zhigouli Bar on one of the corners has existed since the Soviet era.