A 16th-century church and necropolis for historic figures 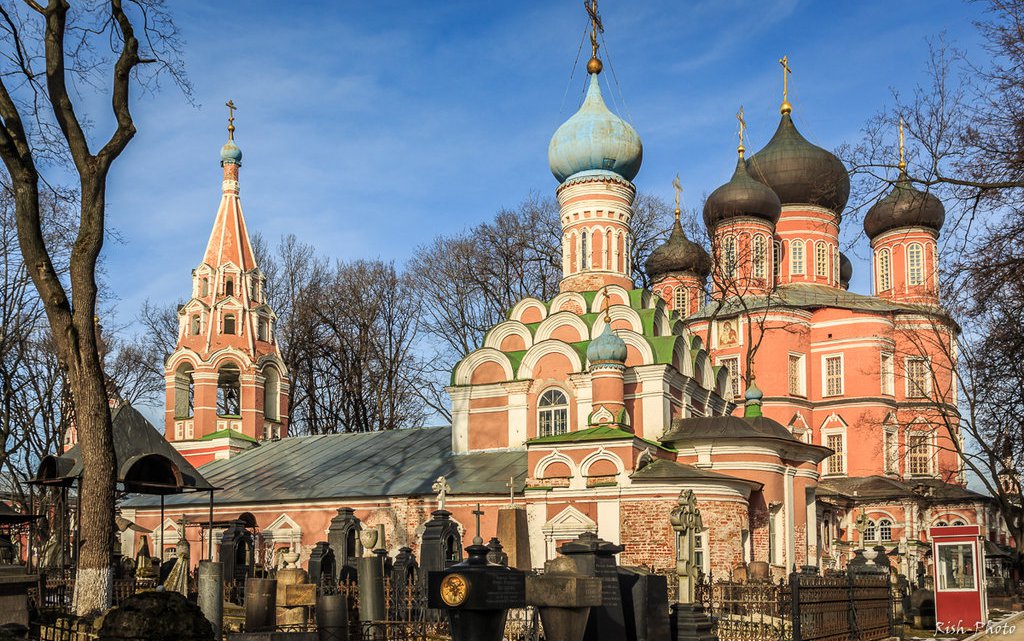 Donskoy Monastery is a friary built in the 16th through 18th centuries. Its architecturally diverse buildings have survived almost completely intact. The monastery was built on the spot where the Church of the Icon of Our Lady of the Don had stood on Moscow's outer frontier that, according to legend, had intervened to deliver Moscow from the threat of invasion by the Crimean Tatars. The Small Church with its multifaceted dome and corbel arches (it served as the model for the Cathedral of Our Lady of Kazan in the Moscow Kremlin) was the first to be built on cloister grounds. From that moment onward, it would take two centuries for the cloister's current appearance to take shape. There are currently about a dozen churches within the walls of Donskoy Monastery. Donskoy was one of the few ecclesiastical estates that survived the Soviet era almost entirely unscathed. It was closed down in 1918, but the services continued clandestinely, and the cloister's architectural integrity was never threatened.

The old necropolis on the monastery grounds serves as the final resting place of many writers and poets, scientists, and educators, including the philosopher Pyotr Chaadaev, writer Vladimir Odoyevsky, and historian Vasily Klyuchevsky.