Palace of Pioneers on Vorobyovy Hills

An experimental masterpiece of Soviet modernism 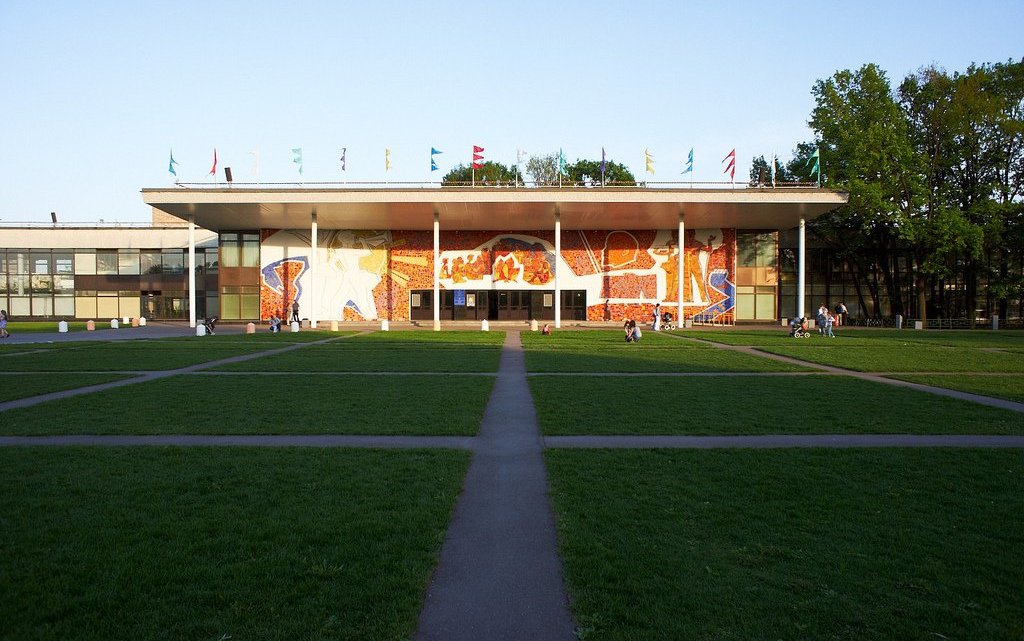 Vorobyovy Hills used to be a site reserved for massive architectural experiments during the Soviet era. Built in 1962, the Palace of Pioneers is a prime exemplar of early Soviet modernism. The palace stands on its own, although the initial plan was to have it complement the architectural complex of the Palace of the Soviets (which was never built). The palace's design is a composition of multiple intermingled pavilions with cascading glass walls and metaphorical mosaic panels themed on Water, Land, and Air. This unusual architectural solution arose when several concepts converged: the monumental structure of the main building was borrowed from the paterfamilias of Finnish modernist architecture, Alvar Aalto, while the glass ceilings were inspired by Richard Buckminster Fuller's pavilion for the 1959 American Exhibition.

The Palace of Pioneers currently houses an educational center with hobby groups and clubs for children and teens. The complex has a concert stage, an exhibition venue, and a theater. Other facilities include a stadium, a swimming pool, dance and vocal practice rooms, a winter garden, a greenhouse, a petting zoo, an amusement arcade, a planetarium, and an observatory. Most activities are offered free of charge.