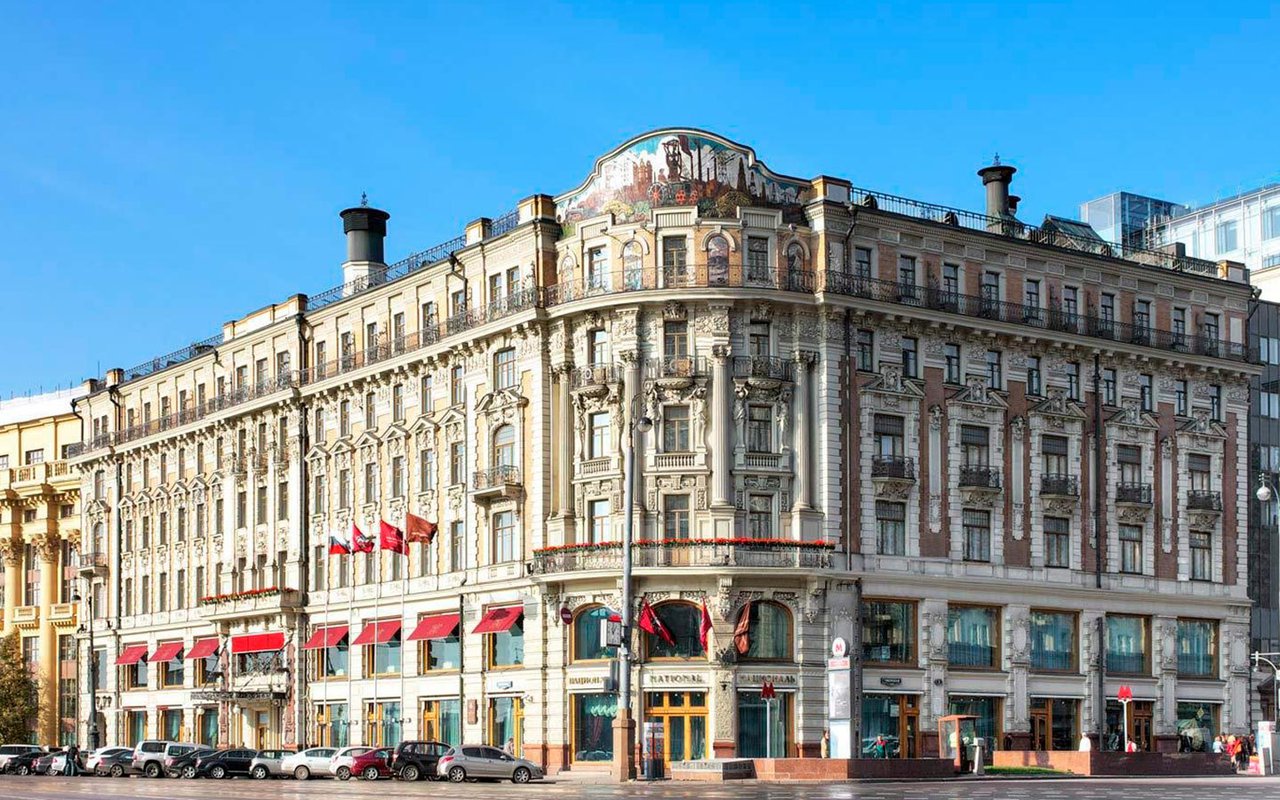 The construction of a splendid hotel on the corner of Mokhovaya and Tverskaya Streets, designed by Alexander Ivanov, was completed in 1902. By that time, the architect had already made a name for himself with the building of the Morozovs Tver Manufactory Association on Varvarka Street and Rossiya insurance company on Lubyanskaya Square.

Hotel National was considered one of the most prestigious hotels in Moscow. It was equipped with one of Moscow's first electric elevators and a dumbwaiter for getting food from the kitchen on the sixth floor to the restaurant on the second. The list of hotel's guests included Grand Duke Alexei Mikhailovich, the uncle of Nicholas II, as well as opera singer Feodor Chaliapin, and ballerina Anna Pavlova. After the Russian Revolution, when Moscow again became the capital, Lenin, Sverdlov, and other officials stayed in these "modest" bourgeois rooms. Most of the interior was lost in the 1920s, but it was later replaced with hundreds of antique furniture items from bourgeois palaces. Now, after the restoration of the 1990s, all the rooms resemble the original interiors.

The main architectural features of the hotel include the Art Nouveau stair railings, original stained glass windows, atlantes in the main lobby, and the steps of the marble staircase that seem to be floating in the air. The hotel houses the Beluga restaurant with a caviar bar, Alexandrovsky Bar with its glass rooftop, and a 24/7 bakery. An original radiator made in the early 20th century is exhibited on the second floor, in the restaurant. You can also visit the hotel's rooftop for an extra fee if you are not staying at the hotel. That's where you'll find a fitness center and an indoor swimming pool overlooking the center of Moscow.