Cathedral of Christ the Saviour 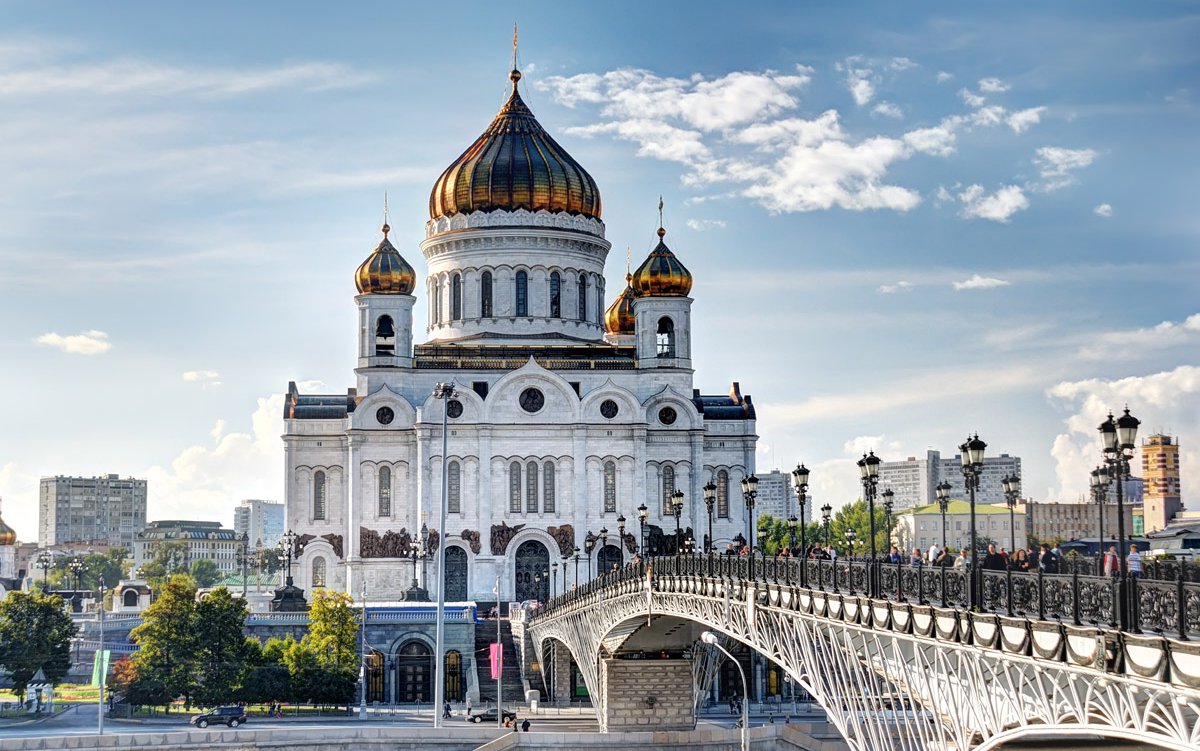 The cathedral of Christ the Saviour was first built around two hundred years ago when an impressive building was constructed near the Moscow Kremlin in commemoration of Russia's victory in the Patriotic War of 1812. A great example of Neo-Byzantine architecture, the original white-stone church was designed by the famous Russian architect Konstantin Thon and took more than forty years to construct due to numerous fires, foundation failures, and groundwater floodings. Around fifty years later, the cathedral was demolished by the newly appointed Soviet government which wished to turn the original site into a large 400-meter-high political convention center crowned with a revolving statue of Vladimir Lenin, known as the Palace of the Soviets. However, following the outbreak of the Second World War in 1941, the completion of the project was rendered impossible. In the 1960s, the previously constructed foundation was used as an open-air swimming pool; in the 1990s, a replica of the original cathedral was built on the site, re-opening to the general public in the early 2000s to become, to this day, Russia's largest Orthodox cathedral.

Today, the cathedral comprises two churches on the top and bottom floors, as well as a substructure occupied by the church museum and the Supreme Church Council of the Russian Orthodox Church. The church museum offers a number of tours during which people can visit observation decks overlooking the numerous landmarks of the Zamoskvorechye District. In addition to this, various open public events are also regularly held at the cathedral in celebration of the major holidays of the cathedral, including New Year's Eve celebrations and many others.