The Resurrection Church in Kadashi Sloboda

A Naryshkin Baroque church in Zamoskvorechye 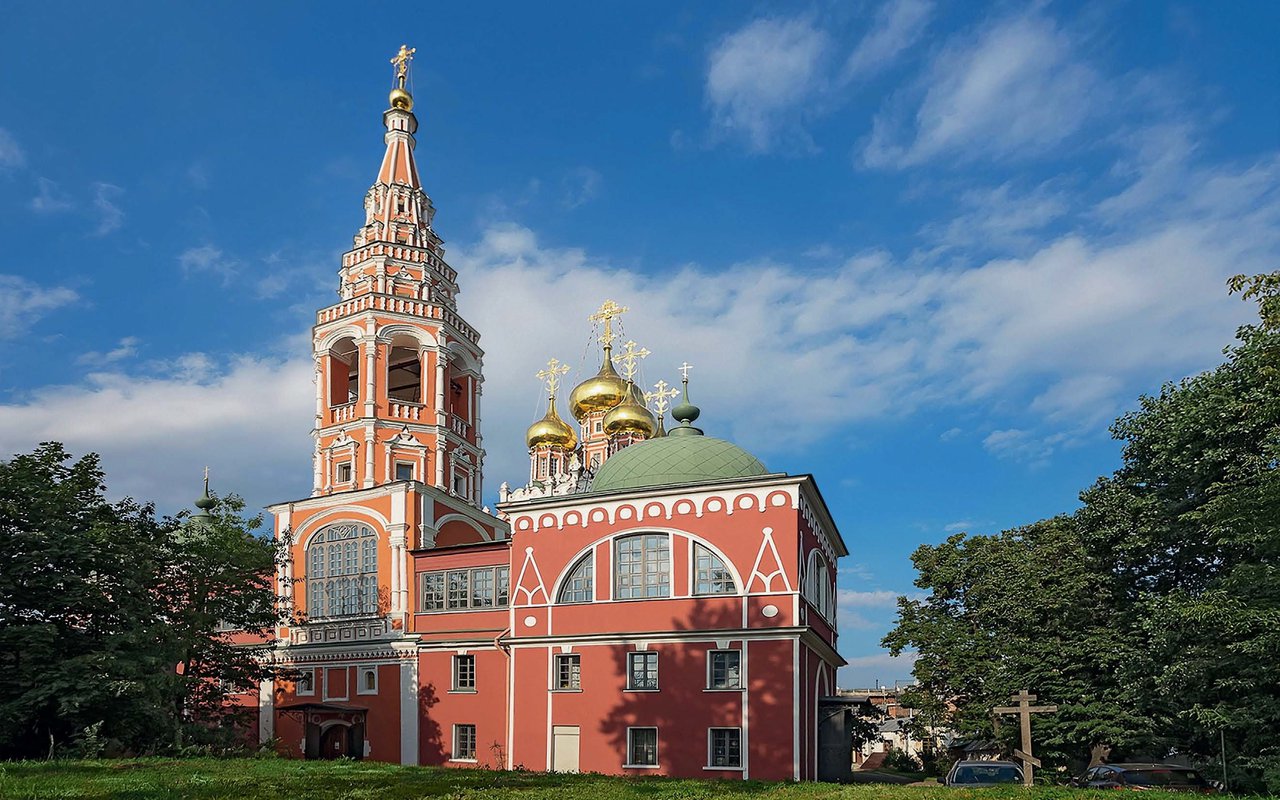 The Kadashi weaver's sloboda (burrough) was the largest settlement in Zamoskvorechye. It was home to wealthy artisans and merchants during the tsarist era. In the 17th century, they used their money to build a two-story stone church, which would later grow into a vast Naryshkin Baroque ensemble. The red-brick walls of the buildings are decorated with white-stone carvings in the form of vines and leaves, multi-tiered ridges, and twisted columns. The church is crowned with five gilded domes, whose gleam can be seen from afar. The ensemble is dominated by a 17th-century hip-roofed bell tower: the famous "Kadashi Candle".

In the past, the Kadashi Sloboda included a number of other buildings. Its former grounds houses the Tretyakov Gallery on Lavrushinsky Lane. Until 1737, Kadashi also had a mint, whose building was dismantled at the beginning of the 19th century. The memory of the mint has survived only in the name of Staromonetny (lit.: Old Coin) Lane.

The church was closed in 1934, its building turned into a KGB archive and the gym of a sausage factory. It was handed back to the Orthodox Church only in the late 20th century, in 1992. The temple now operates the Kadashi Sloboda museum. Its exposition includes a collection of archaeological finds, works of art, books, and church utensils. Many of the exhibits were donated by the parishioners of the church. The museum also stores dome crosses and metal grids of temples destroyed in Kadashi in the 1930s. The museum offers guided tours and themed programs. There is also a cultural and educational center and a library.