Cathedral of Peter and Paul 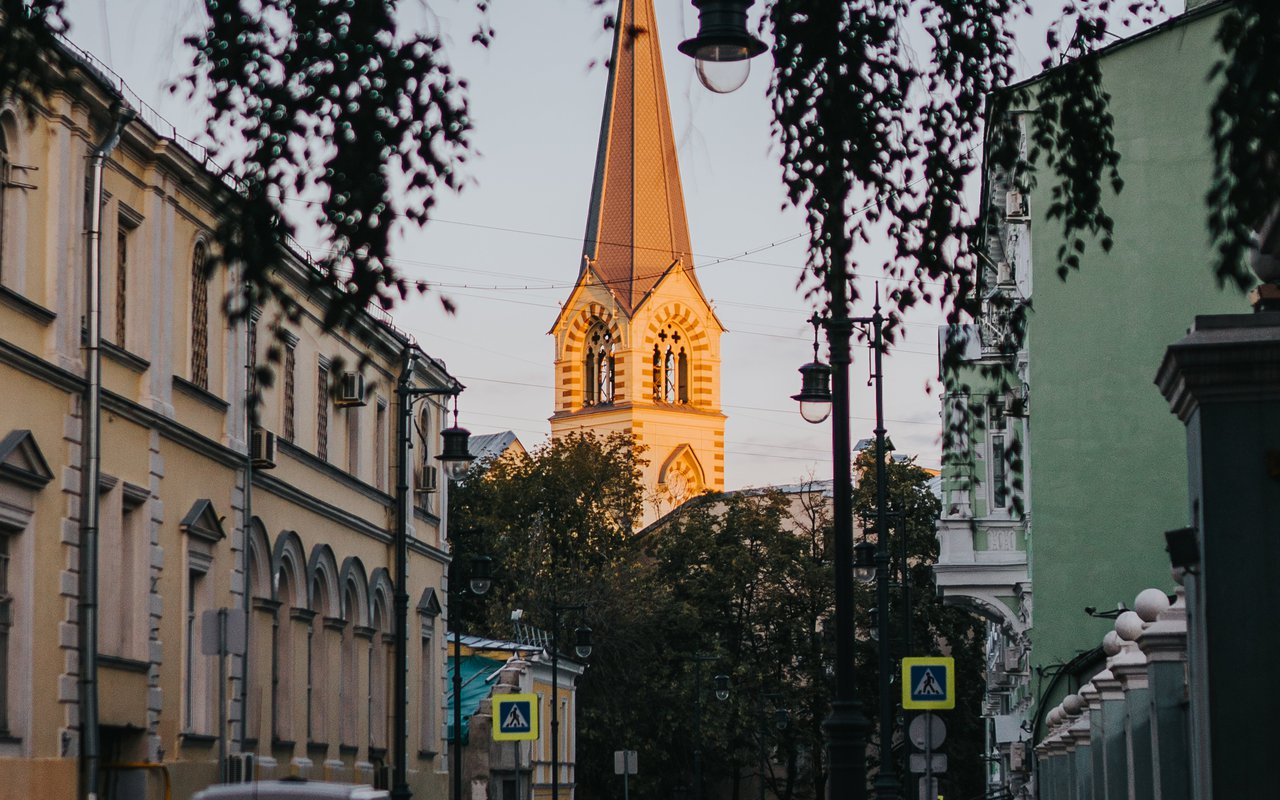 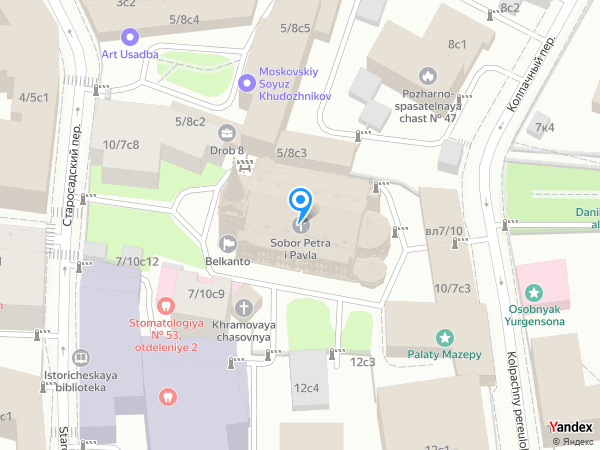 This is Russia’s oldest Lutheran cathedral, with over two hundred years of history. The church building appeared in 1817 on the former estate of the Lopukhin princes, and it was expanded half a century later due to the increase in the Lutheran community. The cathedral as we see it today was designed by Aleksandr Meinhardt, one of the founders of the Moscow Architectural Society. The structure gained a number of Gothic elements: a tower with a spire, elegant arches, and numerous ornaments.

In the 20th century, tragedy struck: as persecution of the church community began in the 1920s, the building was handed to the Diafilm cinema, and many valuables and interior decorations were lost. After the war, even the spire was disassembled. The cathedral then remained abandoned for many years. Restoration did not begin until the 1990s, and within just a few years, Lutheran community members rebuilt the lost spire and recreated the original interiors.

Today, the cathedral is famous not just for its unusual architecture, but also for regularly hosting organ concerts. 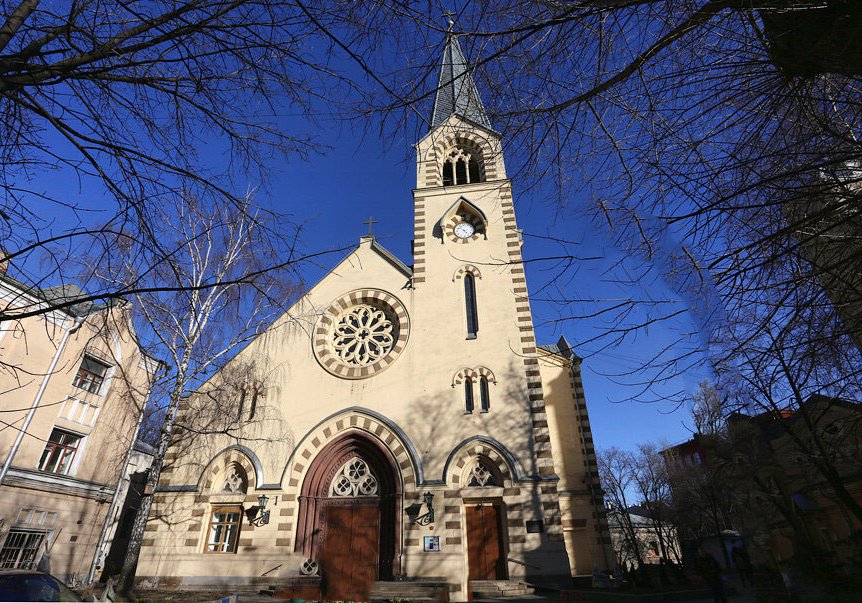 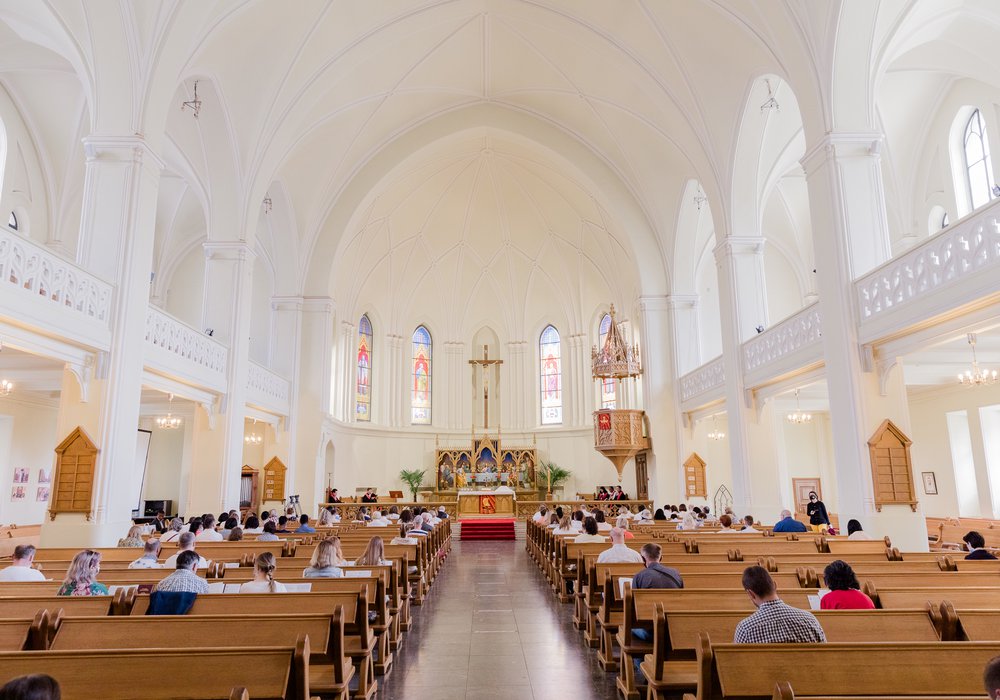 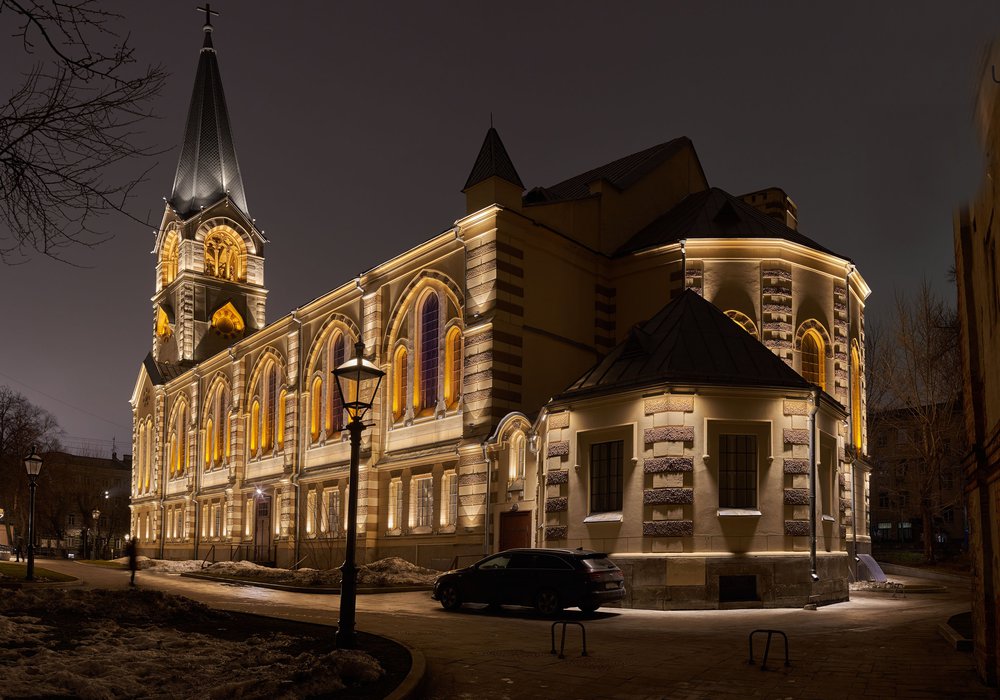