One of the most famous lanes in Moscow 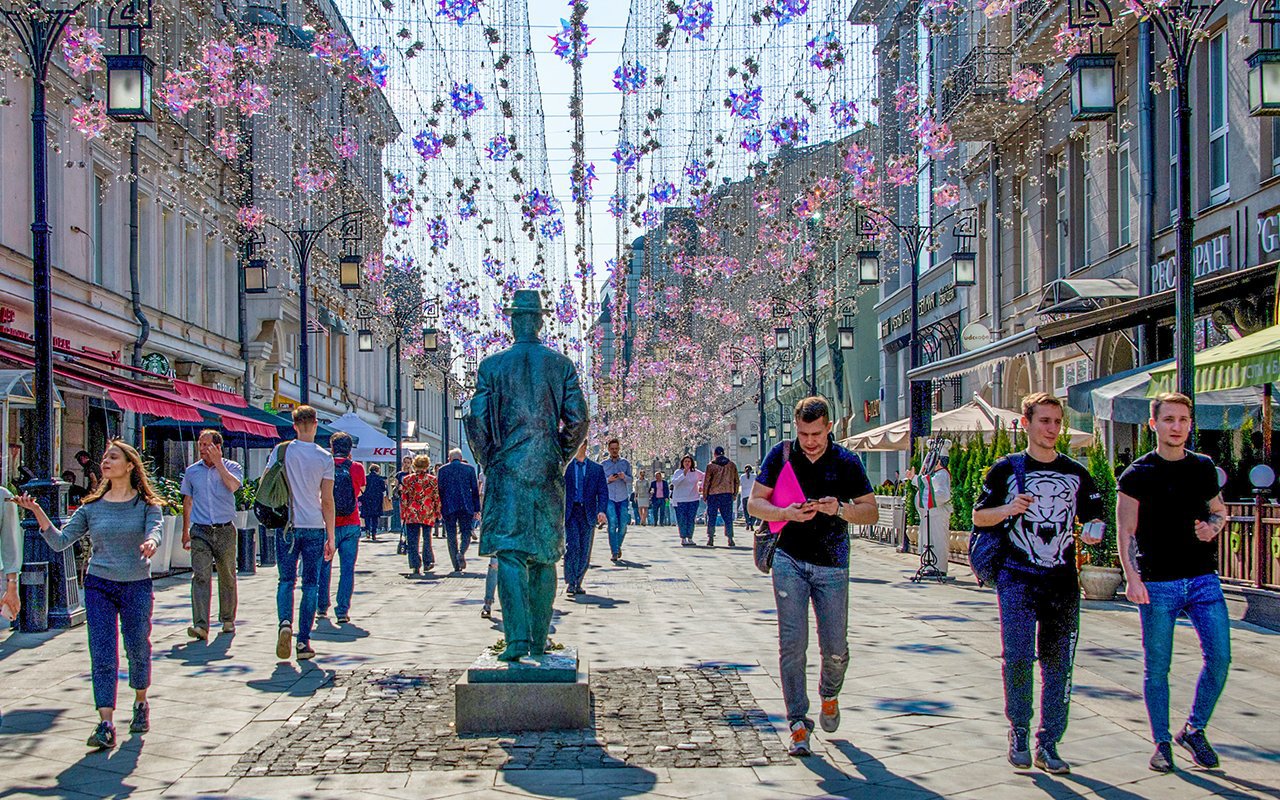 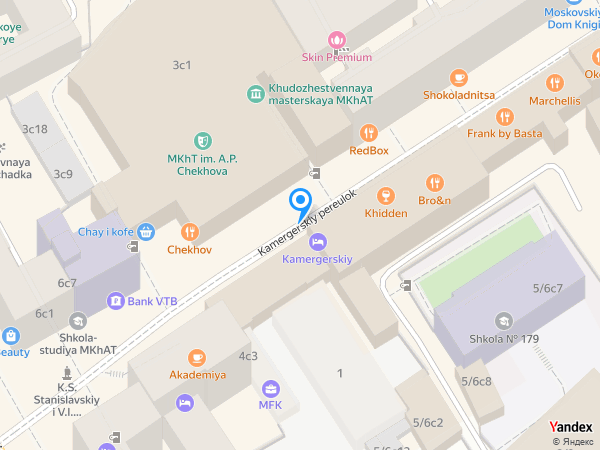 At different times, the lane has been called Kvasny and Kuznetsky (after the slobodas that existed in the area). Its modern name — Kamergersky — took root in the 19th century because of the bureaucrats who lived here. However, the rich history of the place is associated not with workers and bureaucrats, but with the life and work of a large number of cultural figures: poets, writers, directors, actors, playwrights, artists, and musicians. The lane is only 250 meters in length, but every building has its story and legend.

The writer and musicologist Vladimir Odoevsky grew up in the house of Lanskaya. Serf artist Vasily Tropinin created portraits of the nobility in the house of Count Morkov (which has not been preserved). Pushkin lost so much money playing cards in the manor of Streshnev that the debt was paid only after his death. In the same building, but thirty years after the death of the poet, Leo Tolstoy rented six rooms and wrote "War and Peace." In the 1920s, there was an artistic cafe called “Tenth Muse” in the lane: Bryusov, Mayakovsky, Yesenin, and other famous poets of the time read their poems there. In the 1930s, a house was built there for Soviet writers and poets.

The real heyday of Kamergersky is connected with the theatre. In the beginning of the 20th century, the former manor house of Peter Odoyevsky, in which the Moscow Art Theatre, founded shortly earlier by Konstantin Stanislavsky and Vladimir Nemirovich-Danchenko, opened in 1902, was rebuilt according to a design by architect Fyodor Shekhtel. For the 25th anniversary of the theatre, Kamergersky Lane was renamed to Passage of the Art Theatre. Its historical name was returned to it in 1992. Now, the Chekhov Moscow Art Theatre is one of the main theatres of the capital, and Kamergersky Lane is associated with it in the minds of citizens. It is not unusual to see famous actresses hurrying down the lane to get to rehearsals. In a nearby building, you can find the Museum of the Moscow Art Theatre, where there is a unique collection of Russian paintings in addition to theatrical exhibits.

For the last 15 years, Kamergersky has been completely closed to cars and public transport. There are a lot of cafes and stores. Moscow's oldest bookstore, the House of Pedagogical Books, is located there and is open to customers. In 2016, the alley's main architectural landmarks were joined by a huge LED installation, “Starry Sky,” which operates year-round and changes color depending on the season.