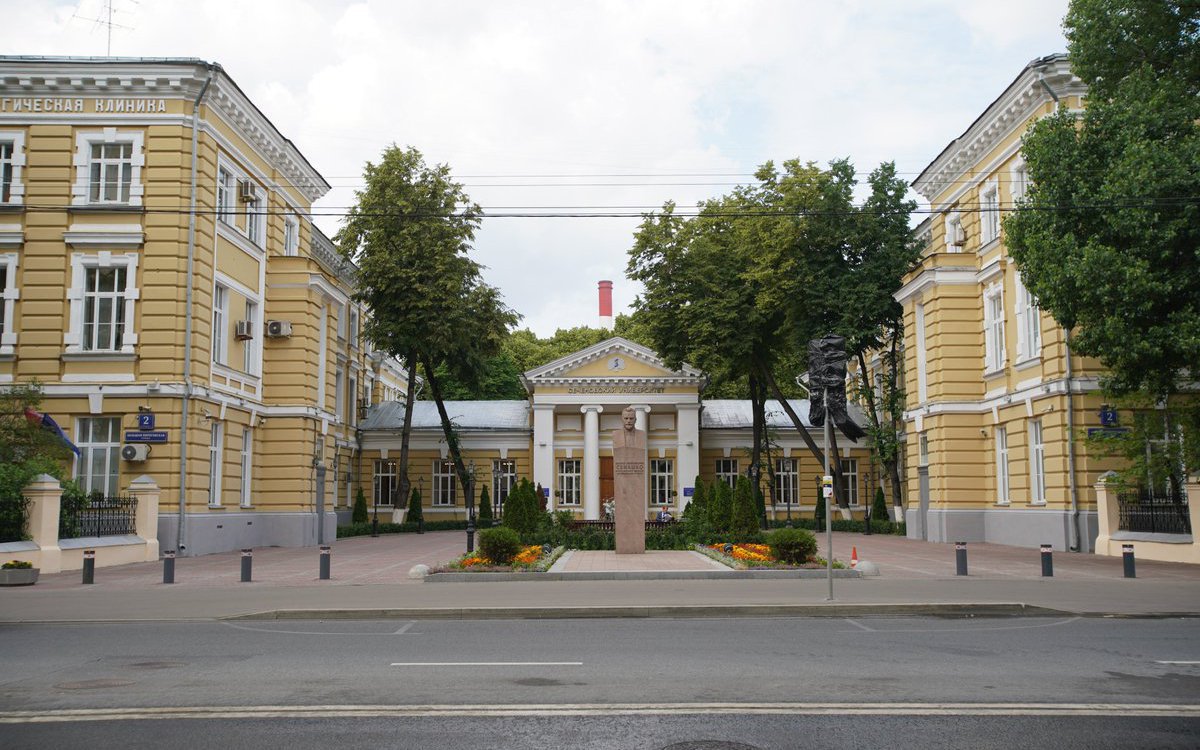 Devichye Pole (Maiden's Field) is a historical area in the Khamovniki District, stretching between Novodevichy Convent and the Garden Ring. Historical disputes about the toponym's origin continue to this day: some attribute the name to the proximity of the monastery, while others suggest that it appeared during the Mongol rule of Russia. In the 18th and 19th centuries, Devichye Pole was Moscow's main venue for folk festivities, with a comedy theater located here, and the area hosted a mass celebration in 1826 for the coronation of Nicholas I took place.

The area's fate changed with the creation of the Faculty of Medicine at Moscow University; since the old building on Mokhovaya Street could no longer accommodate all the students, the city authorities passed the land to the university for free use. As such, in 1882 a hospital and educational complex appeared near Novodevichy Convent, consisting of buildings all in the same neoclassical style, typical for Moscow at the time. The festivities ended forever: today, only a small square between the university buildings remains to remind us of them. The square contains a statue of surgeon and anatomist Nikolay Pirogov, the first one in the capital.