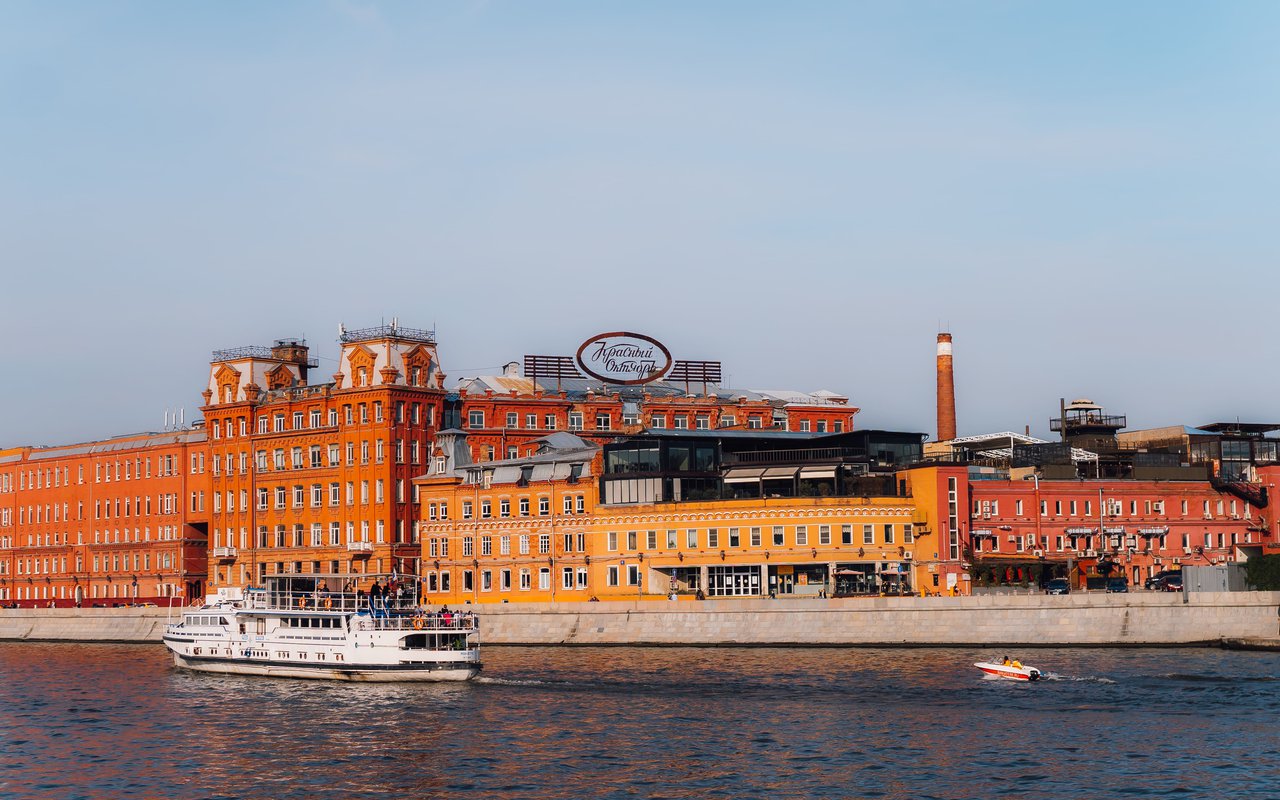 This red-brick confectionery plant is situated just across the river opposite the Cathedral of Christ the Savior. It's not just a lovely adornment of Bolotny Island but also a cultural cluster in the heart of Moscow. The factory, founded by chocolate magnate Ferdinand Theodor von Einem in the 19th century, was renamed Krasny Oktyabr in Soviet times. It produced Mishka Kosolapy sweets, Alyonka chocolate, and Zolotoy Yarlyk cocoa powder, which remain Krasny Oktyabr's claims to fame to this day.

In 2007, the factory moved away from the city center, leaving its grounds available for clubs, exhibition halls, restaurants, and bars. Medusa Asian Kitchen Bar and Silver Panda are in charge of Asian cuisine, while Magadan serves fish and seafood dishes. Here you can find the first gin bar in Moscow—Dictatura Æstetica Bar; their extensive menu also includes snacks and burgers.

In summer, parties are held in the courtyard of the Strelka Institute, which has a bar. This place is the epitome of the new Moscow urbanism, architecture, and a modern learning format when an educational center doubles as a public space. Aside from parties, Strelka bar also hosts lectures and workshops.

Famous street artists painted the outer walls of Krasny Oktyabr. Vova Nootk found inspiration in illustrations by Bilibin to create his work of art — Pushkin's Fairy Tales. SO2ART created the graffiti of poet Vladimir Mayakovsky. Calligraphist Pokras Lampas painted the roof of one of the factory buildings. In 2021, a new hotspot is set to open on Bolotny Island — the GES-2 Center of Contemporary Art will occupy the former power station.