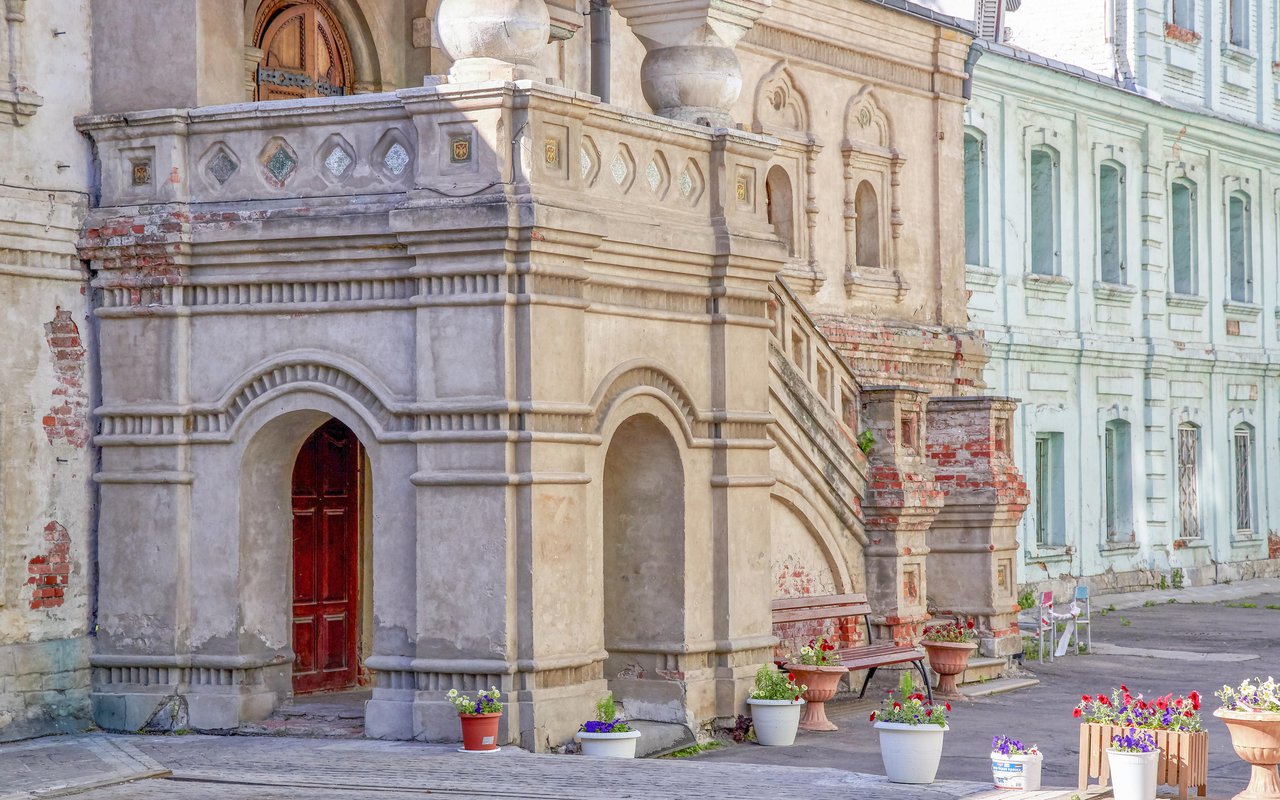 As you walk down Nikolskaya Street, you definitely won't miss this neo-Gothic building. Its baby-blue facade decorated with a unicorn and a lion conceals 15th-century dungeons, old blast furnaces, and pretty Dutch tiles with more unicorns. This is where printer Ivan Fyodorov published Apostol, the first book printed in Russia. In 1721, the Print Yard became the Synod Printing House. The medieval inner walls and vaults remain untouched to this day. In the 19th century, Nikolai Artleben designed its hip-roofed porch and a chamber in the neo-Russian style. The former was painted by Palekh artists.

After the Revolution in 1917, the printing house was closed. Today, the building houses the Historical and Archival Institute of the Russian State University for the Humanities. You can get here by signing up for guided tours with workshops. You will not only see the medieval dungeons and climb the only surviving fragment of the Kitaygorod wall but also learn to write with a goose quill.