The Moscow of the Future 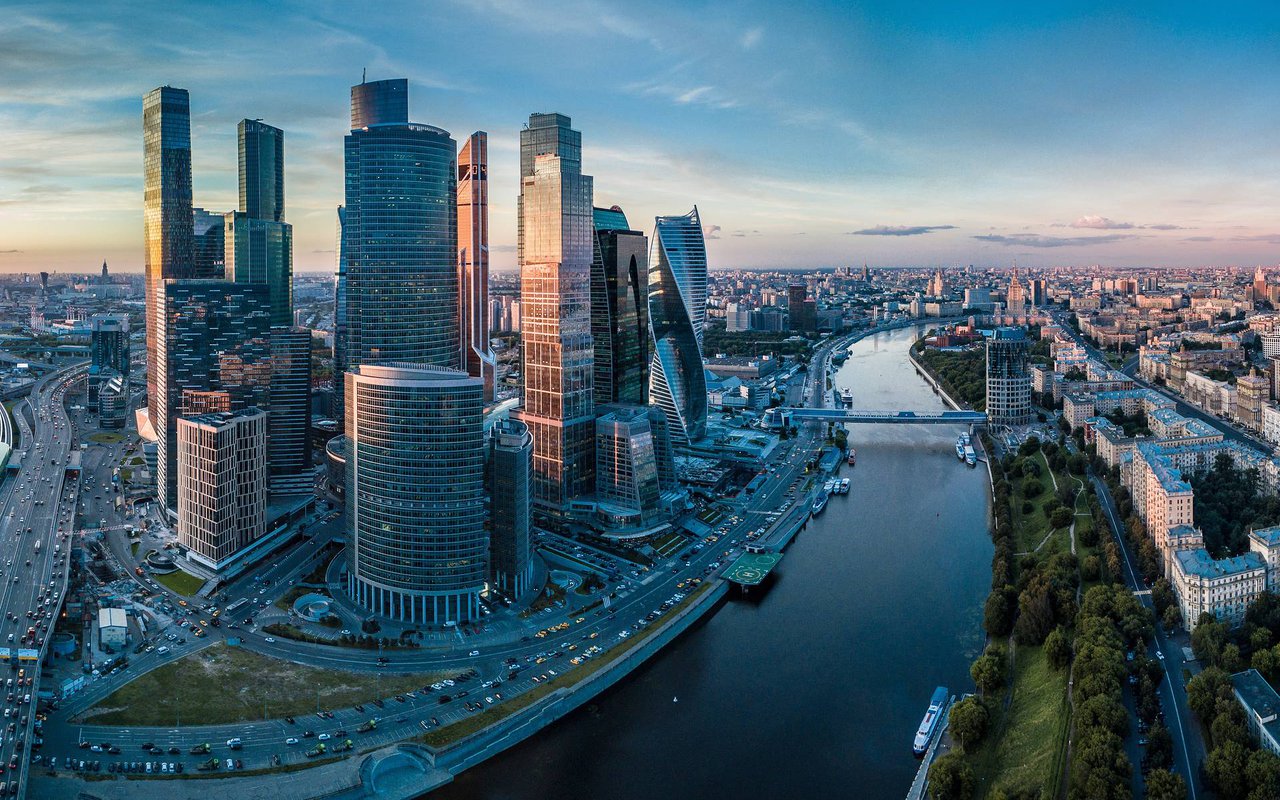 Moscow-City is the main business area of Russia's capital. The idea to build a huge office center by the Moskva River arose at the end of the Soviet era. The project was approved in 1991. The design was developed by Mosproekt-2, headed by Boris Tkhor. During Soviet times, he worked on many major modernist projects: he designed high-rise buildings on New Arbat and the Olympiysky Sports Complex on Mira Avenue (also known as Olympic Stadium).

The concept behind the project has changed multiple times. The construction works started in the 2000s, when they began to erect the towers Evolution, Federation, Tower on the Embankment, and other skyscrapers. Today, Moscow-City comprises 22 high-rise buildings, several metro stations, offices, a hotel, a shopping center, and outdoor public spaces including an amphitheater in the form of a tribune hill. The complex includes two observation decks: on the 89th story of Federation Tower and on the 92nd story of Oko Tower.

Apart from that, the City has few restaurants offering a splendid view: 360 and Vision in Federation and Ruski on the top of Oko Tower. The 56th floor of the Empire Tower houses the first and only Museum of Skyscrapers in Moscow, where you can learn about the development of high-rise construction in the city over the centuries.