A mansion with lacelike patterns on Vozdvizhenka Street 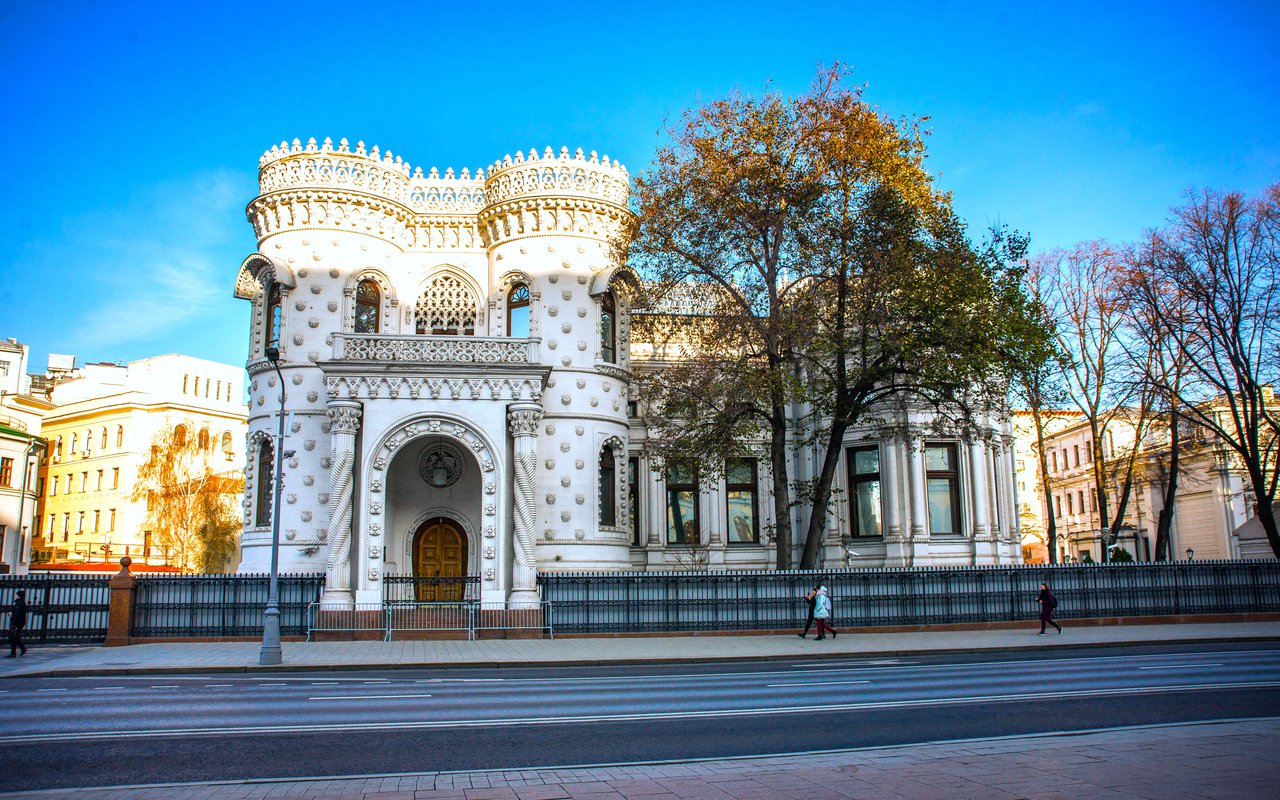 One of the most beautiful mansions in Moscow is located on Vozdvizhenka Street. It belonged to Arseny Morozov, a member of the famous merchant family, and was mentioned in Leo Tolstoy's novel, Resurrection.

The house's unusual design caused quite a stir. Architect Viktor Mazyrin was inspired by Spanish and Portuguese architecture which had impressed Morozov on his trip to Europe. One of the sources of inspiration was the Pena Palace in Portugal with its castle-like shapes and lace-like patterns on the facade. The main entrance is decorated with symbols of good luck—intertwined sailors' knots and a dragon, while the doorway is shaped like a horseshoe. The interiors combine several styles, from Baroque to Gothic Revival.

Morozov lived here for eight years, until 1908. The millionaire's death was tragic and unexpected: he often held big parties, during one of which he shot himself in the leg on a bet. Morozov died of sepsis three days later. After the revolution, the building was transferred between several owners: it belonged to anarchists, the Proletcult Theater headed by Eisenstein and Meyerhold, and ambassadors of several countries. The building's contemporaries refused to take it seriously, but over time the mansion took a central place among the key examples of Moscow eclecticism.

The mansion is currently home to the Reception House of the Russian Government and is closed to the public.