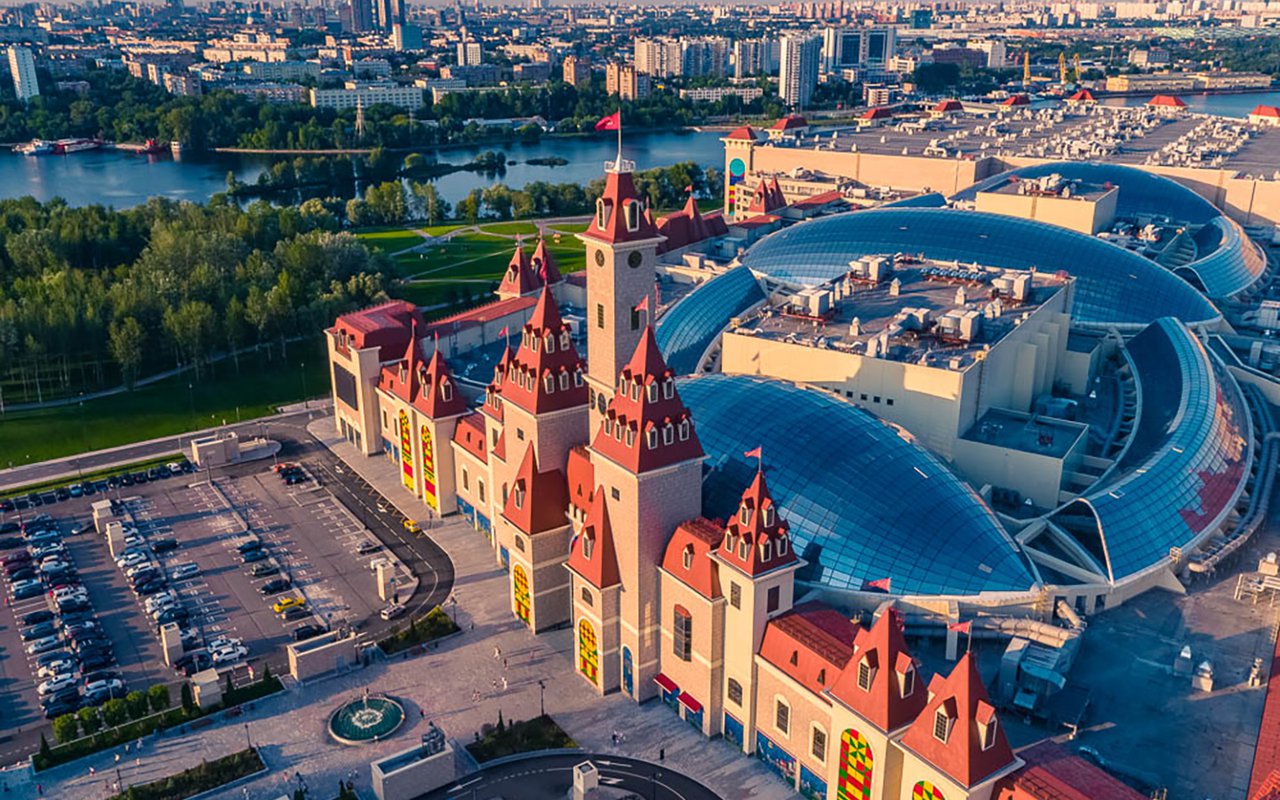 Dream Island opened in 2020 but has already beaten several records. The European Book of Records lists it as the largest indoor theme park in Europe.

This fairytale castle houses a huge shopping and entertainment center. Dream Island has four promenades resembling the streets of world capitals and cities: London, Rome, Barcelona, and Beverly Hills. They feature famous architectural ensembles in miniature, for example, the Colosseum and Casa Batlló by Antoni Gaudí.

Dream Island incorporates about 120 stores and restaurants and plenty of attractions. A ticket to the theme park costs 500 rubles on weekdays and 700 on weekends. Prices for multi-tickets start at 2,000 rubles on weekdays and 2,500 on weekends. Some activities are free, such as "A Walk in the Smurfs' Fairytale Village" and "Journey into the World of Dinosaurs". You need to get a separate ticket for most of the rides. Prices start at 200 rubles.

The complex also has a movie theater with 17 halls, including an IMAX, and a landscaped park by the water. The latter has a simple appearance compared to the building, which features pinnacles, stained windows, and other decorative elements. The developers aimed to plant the greatest possible number of trees on the grounds. The park is free for all visitors. In summer, it is a perfect place for picnics: there are neat green lawns and wooden deck chairs.