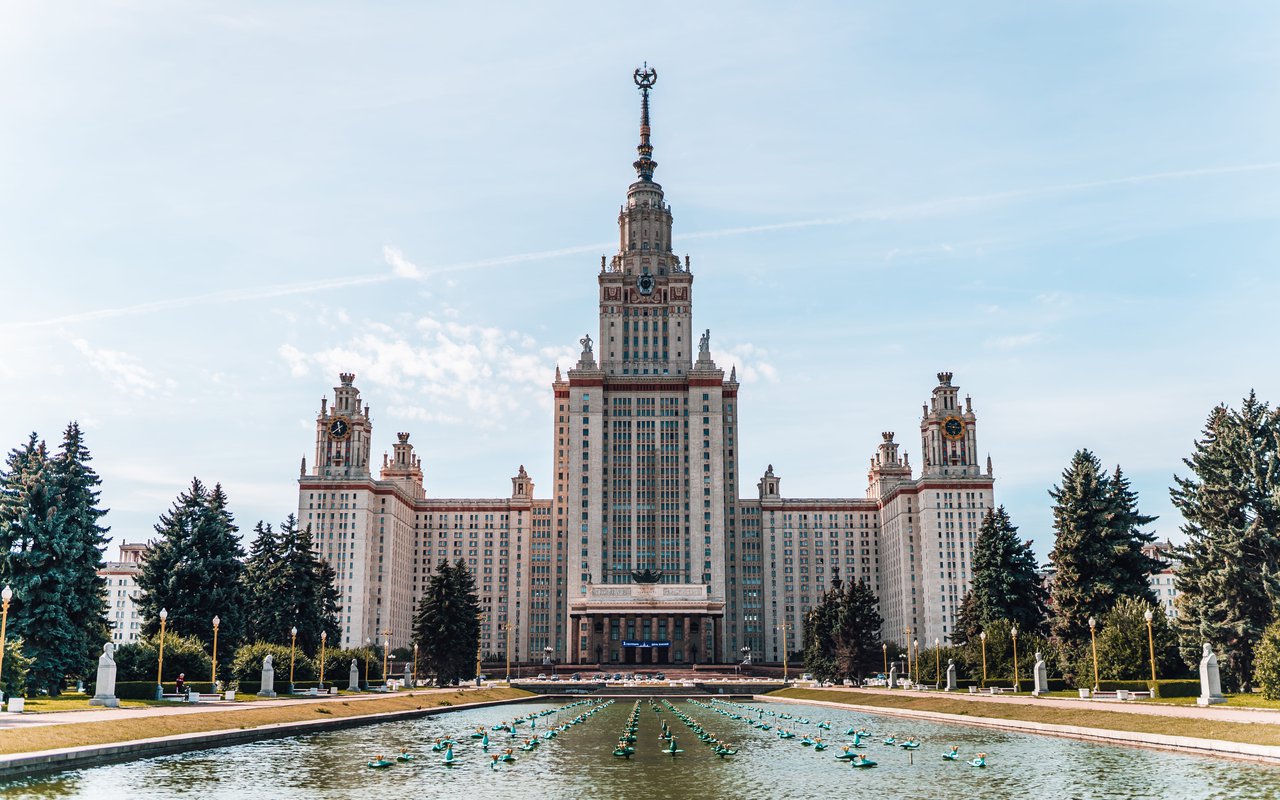 Stalin's skyscrapers, also known as the Seven Sisters, were the architectural centerpieces of the Stalin era in Moscow. Their construction began in 1947 and was timed to coincide with the 800th anniversary of Moscow. The initial plan was to build eight skyscrapers, one for each century. The locations were chosen to make the buildings clearly visible from various points in the city. The skyscrapers are concentrated in the historical center, with the building of the Moscow State University on the Lenin Hills (now the Sparrow Hills) being the farthest one from the Kremlin.

The best architects of that time were involved in the project. Boris Iofan, the author of the Palace of the Soviets, helped design the Main Building of the Moscow State University. Mikhail Posokhin worked on the residential building on Kudrinskaya Square and later became the chief architect of Moscow and one of the people who initiated the development of New Arbat Avenue. Dmitry Chechulin, the creator of many architectural monuments of the Stalinist era, was responsible for the residential building on Kotelnicheskaya Embankment. He also designed the eighth skyscraper, which was to be built nearby and act as an administrative building, but its construction was canceled after Stalin's death, and the Rossiya Hotel was built there instead. Today, the grounds are occupied by Zaryadye Park.

The towers have similar silhouettes, but also possess many unique features and decorative elements. The Kotelnicheskaya Embankment Building has the most "Russian" decor, with its hip roofs and jagged parapets reminiscent of the Moscow Kremlin. The most "American" building is occupied by the Russian Ministry of Foreign Affairs and combines New York's neo-Gothic style with lavish decor in the form of Soviet symbols. The Leningradskaya Hotel has the most low-key appearance, but the most expensive interior: inside, the building is hand-painted with gold and finished with the rarest "Shoksha porphyry".

The Ministry of Foreign Affairs on Smolenskaya Square remains the most inaccessible of Stalin's skyscrapers. You can get inside as part of a guided tour, but they are infrequent. You can rent a room or an apartment in five of the skyscrapers: hotels Leningradskaya and Ukraina and the buildings on Kudrinskaya Square, Red Gate Square, and Kotelnicheskaya Embankment. The last skyscraper is the easiest to get into, as it is occupied by the historical cinema named Illusion and the Galina Ulanova Museum-Apartment. The main building of Moscow State University houses the Earth Science Museum, which can be visited by appointment. In addition, the university's Main Building and the Leningradskaya Hotel sometimes offer private guided tours.