Olympic stadium and running tracks along the Moskva River. 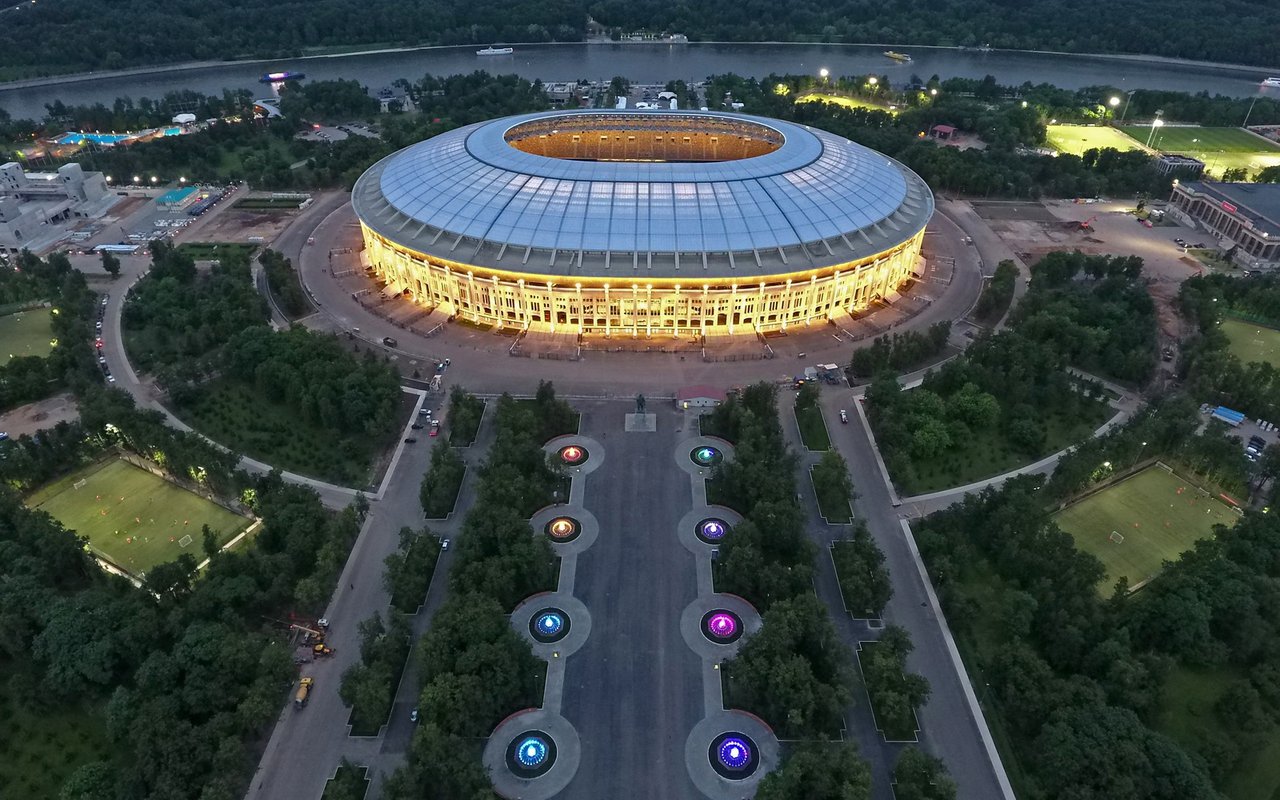 The all-in sports complex on Luzhnetskaya Embankment was built in a record 18 months to the order of the Soviet Council of Ministers in 1956. The heart of the complex was the grand sports arena, an outdoor stadium with seating for some 100,000 spectators. For Luzhniki, the heyday came in 1980 when the stadium hosted most of the competitions of the Summer Olympic Games, as well as the grand opening ceremony. Luzhniki has since welcomed scores of marquee events, from The Rolling Stones and Madonna gigs to Champions League finals and games of the 2018 Football World Cup. Luzhniki had undergone a substantial renovation and enlargement for the World Cup, getting a water sports facility, a small arena, and athletes' campus, as well as a rock climbing wall and a rope park. The adjacent park was also expanded. The green area around the arena takes in the embankment, which has running tracks and bike lanes, as well as facilities for many sports along the entire length of the vistas. The grand sports arena continues to welcome musical and sports highlights. The Russian national football team plays here on a regular basis. The stadium can be visited as part of a guided tour, which has the added benefit of offering access to the 57-meter observation deck with a breathtaking view of the city.