Meeting point for fans of the 2018 World Cup 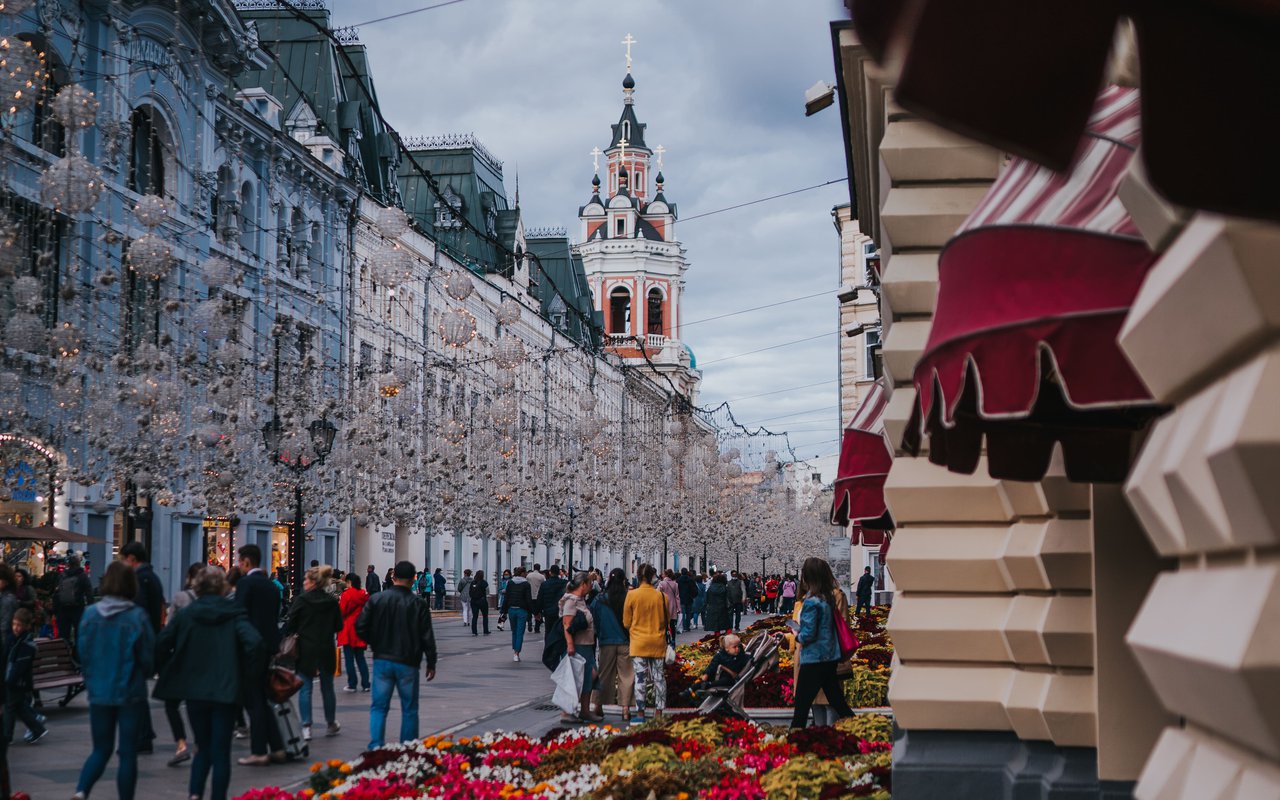 This pedestrian street leads right to the Kremlin. It is one of the oldest in Moscow; the first mention of it dates back to 1547. In 1563, the Moscow Printing House was established there. It turned the street into the spiritual and intellectual center of the capital. A year later, printers Ivan Fedorov and Pyotr Mstislavets published Apostol, the first printed book in Russia.

In the 17th century, the first university in Russia, the Slavic Greek Latin Academy, was established near the Printing House. You can sign up for a guided tour to visit the latter. The building that houses the academy is managed by the Zaikonospassky monastery on the same street.

The Chamber stage of the Bolshoi Theater happens to be on Nikolskaya street as well. Its building used to be a restaurant named Slavyansky Bazar, which was very popular in pre-Soviet Russia. It suffered from a fire in the 1990s and never reopened. Another sight worthy of your attention is the Synod Printing House featuring its mascots, a lion and unicorn, on its facade.

In 2018, Nikolskaya Street became one of the favorite meeting places for fans at the FIFA World Cup. They organized an informal fan zone here, where they danced, sang, and had a great time together. There are many cafés, hotels, and restaurants on Nikolskaya. Down the street, you can treat yourself in the Vokrug Sveta grocery store, which sells delicacies from all over the world. Then you can drop by Ciderella, a well-known Moscow cider house by the Ploshchad Revolyutsii metro station.