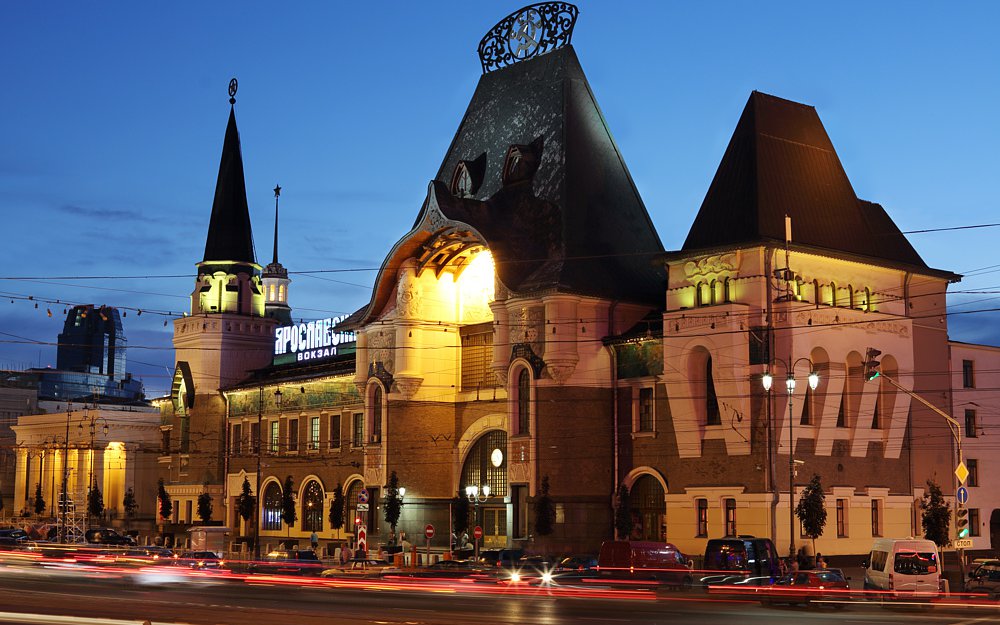 The Troitsky Railway Station (as it was historically called) was used for connection with the nearest cities east of Moscow — Sergiyev Posad and Yaroslavl — for a long time. Everything changed with the construction of the Trans-Siberian Railway: at the beginning of the 20th century, trains to the Far East began to leave the station, passenger traffic increased, and it was decided to radically rebuild the building on Komsomolskaya Square. The work on the new station was undertaken by the famous architect Fyodor Shekhtel, who designed a massive building in the Russian style with high towers, decorated with the coat of arms of Moscow and ceramic panels. During the Soviet period, part of the Yaroslavsky Railway Station was changed, but the original decor remained almost intact: socialist realist bas-reliefs depicting labor heroes were added to the modernist decoration, and to the emblems of the capital — the hammer and sickle.

Today, trains still go east from Yaroslavsky Railway Station, so the longest passenger line between Moscow and Vladivostok still begins here. Suburban trains offer convenient access to the local part of the Losiny Ostrov National Park (where there is a moose biological station and the capital's main ecotrail begins). On the weekends, you can visit the Abramtsevo Museum-Reserve and the town of Zhostovo, famous for its decorative painting.