The most extraordinary house on Tverskaya Street 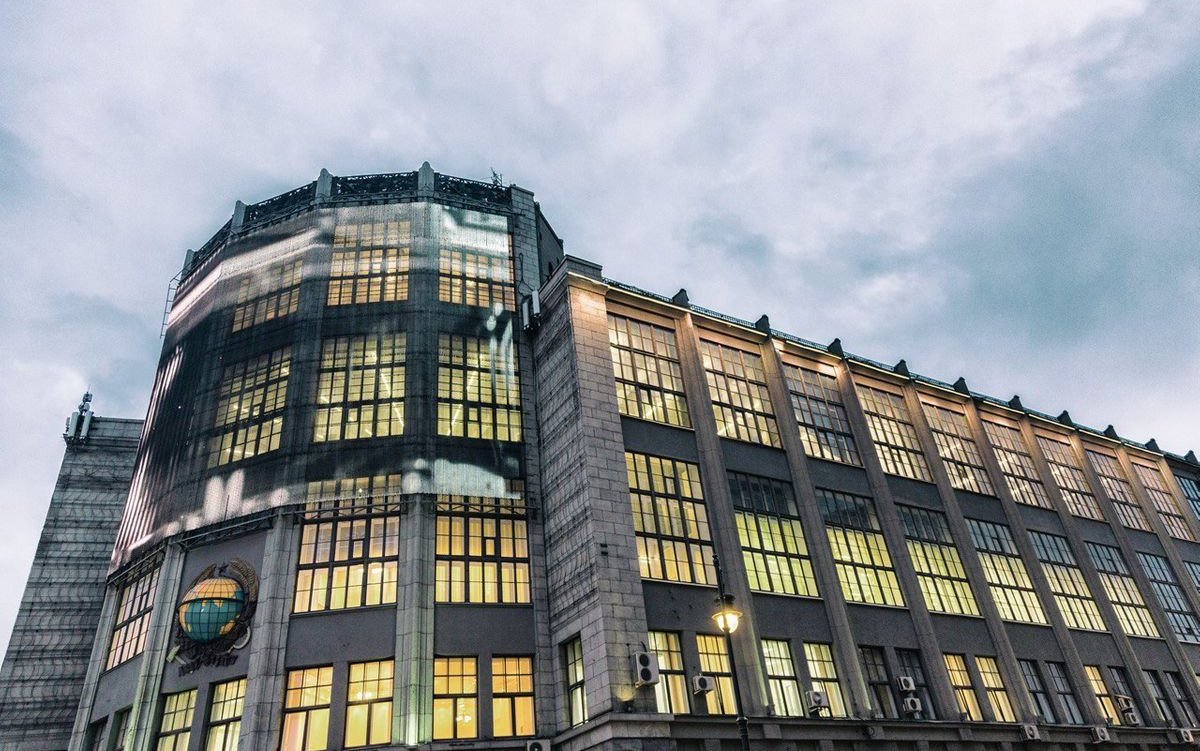 One of the first Soviet architectural projects in the center of Moscow, the building of the Central Telegraph Station, appeared on the historic land of the former Trubetskoy Estate. The house, built in 1925, was designed by the architect Ivan Rerberg, an important representative of rational Art Nouveau: the building turned out to be extremely functional but with elaborate decoration. The corner structure was made of concrete with solid, almost panoramic glazing, and the central entrance was decorated with a glass globe with a hammer and sickle surrounded by wheat ears, an early version of the crest of the Soviet Union. Like many iconic Moscow buildings of the 1920s, the Central Telegraph building was a “city within a city”: bedrooms were provided, balconies overlooked the courtyard, and the first floor housed a laundry, a canteen, and other infrastructure for employees.

The building has retained its function even in the post-Soviet era: the house is still owned by Central Telegraph, which recently announced a major renovation. The updated concept for the building was developed by British architect David Chipperfield: when the work is completed in 2024, the building will have shopping galleries and public spaces, and the courtyard will be open to the public.