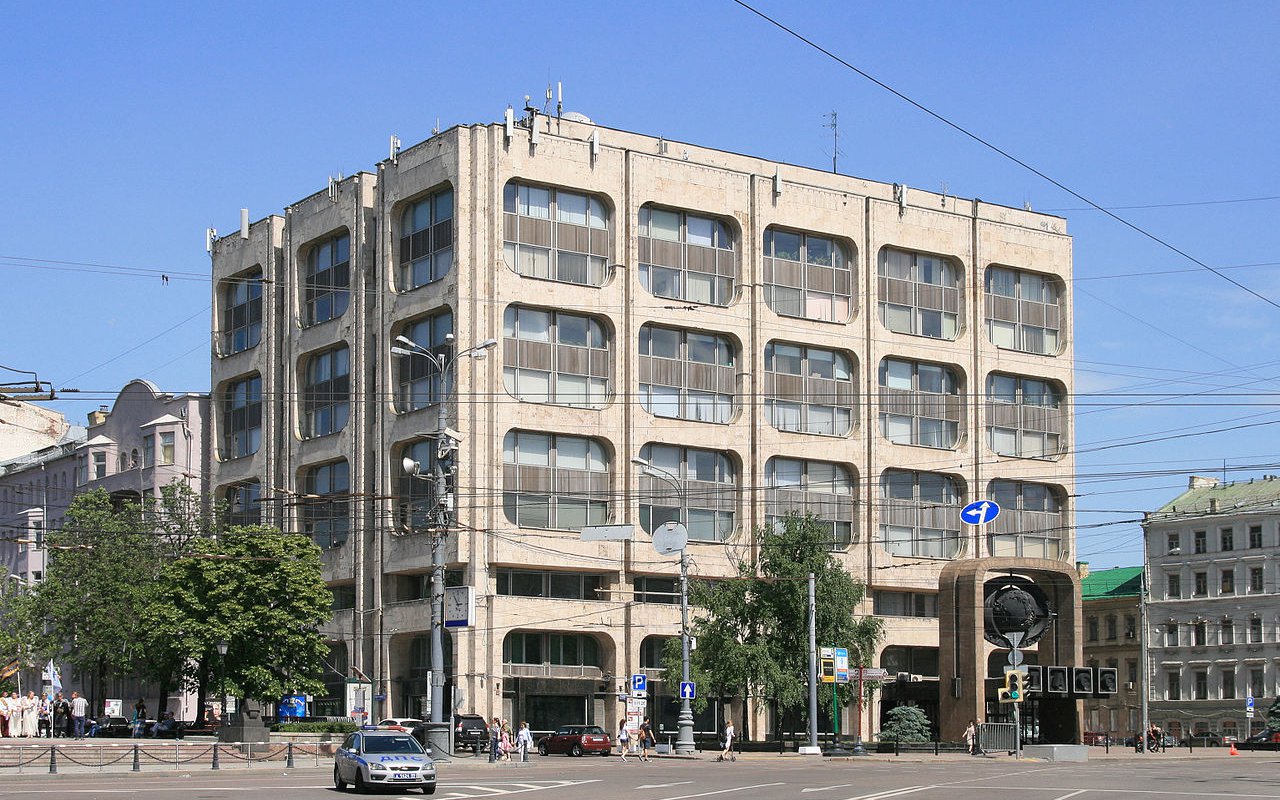 The TASS building is notable for its interesting appearance, with large “TV” windows, a “deceptive” number of floors, and a cubic unfinished form. Built in 1977 as the headquarters of the TASS news agency, it was to become a skyscraper with 25 floors. The design was later rejected, so only 9 floors were built. The building is an interesting paradox: from the outside, it seems there are only four floors. This was achieved with the use of two-story windows. The artists of the Russian Telegraph Agency (ROSTA), the predecessor of TASS, exhibited their works and caricatures in similarly large windows, and the windows also resemble the screens of old TVs.

The central entrance is decorated with the agency's sculptural emblem — a bronze-copper ball symbolizing the planet, which is encircled by the TASS newswire. Above it is a ticker with stock quotations and market indices. It is worth paying attention to the organization of the balconies, and to the massive side staircase.

A simple visitor can’t go further than the building’s foyer. Some of the original finishing had been preserved inside the building. Guided tours are sometimes held there, and TASS also arranges small exhibitions of old journalistic equipment, such as telegraphs and teletypes.

It is planned to rebuild the facade in 2022, so you should hurry to see its original look. For those who cannot visit TASS in person, there is an online tour.