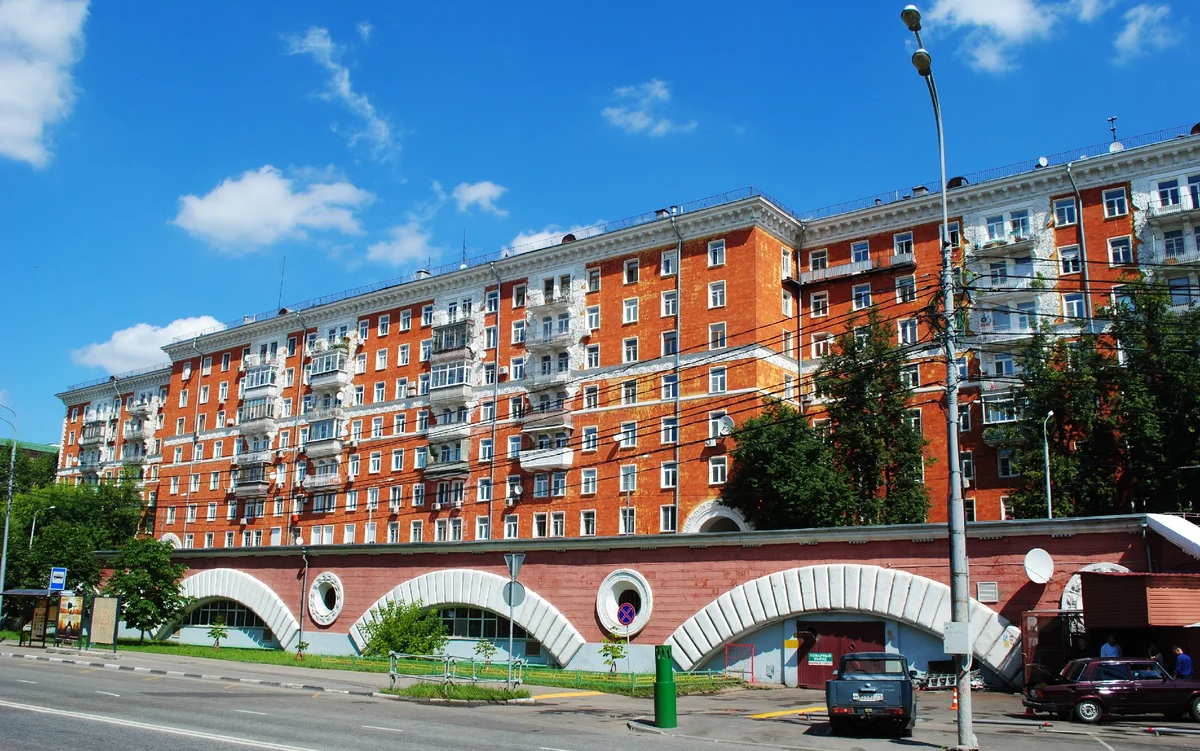 A long section of Stroiteley Street near University metro station consists of an architectural design which is unusual for Moscow – nine-story apartment buildings bright red in colour. They were constructed here in the early 1950s, almost at the same time as the main building of the Moscow State University, and were destined to house the University's professors and prominent scientists. The houses were built in a style typical of their time, today known as "Stalinist Empire", and usually decorated with stucco (a common sight on many post-war residential buildings), but also show signs of constant experiments with facade cladding techniques. The engineers' search for the optimal material led them to decorate the buildings with ceramic tiles, which were not mass-produced at the time. The tiles for the buildings on Stroiteley Street were designed by engineer Aleksandr Meliya: they were bright red in color, and the innovative material was planned for permanent introduction – other buildings constructed to a similary standard design received the designation II-02. However, due to the rapid appearance of more economical construction techniques, only three buildings in the capital were completed according to this design.

Today, the houses are still inhabited by representatives of high society – housing in the south-west of Moscow is considered elite. Nonetheless, access to the apartment buildings' yards is not restricted, and it is even possible to enter these unique constructions, which retain their attraction for architecture enthusiasts.