A unique suspension bridge across the Moskva River 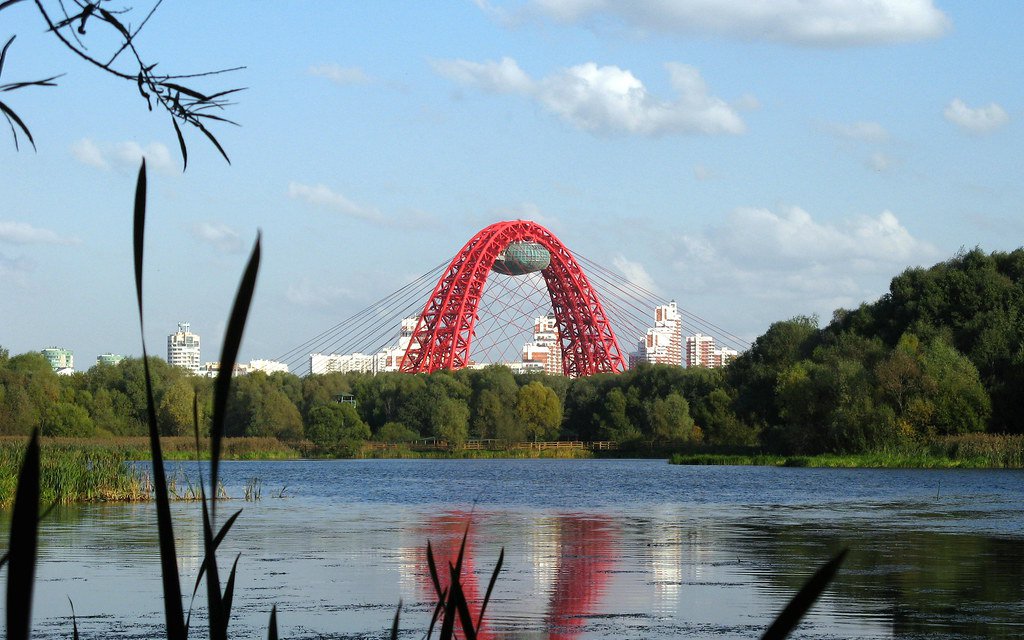 Connecting the neighborhood of Krylatskoe with Serebryany Bor island, Zhivopisny is the largest cable-stayed bridge in Europe. The project presented some formidable design challenges: a suspended structure was chosen so as not to interfere with navigation on the Moskva River, but due to the instability of the riparian soils, the bridge had to be built diagonally, not directly across the river. The specifications of the Zhivopisny Bridge are pretty impressive. The bridge's S-shaped deck exceeds 1.5 km in length. It has eight traffic and pedestrian lanes. The bridge's main pylon is a red-steel arch over 100 meters high.

Zhivopisny Bridge was designed by Nikolai Shumakov, who has also designed 30 Metro stations, a monorail line, and the Vnukovo Airport terminal in Moscow. Shumakov's conception was that the Zhivopisny Bridge would emerge as a major attraction for Muscovites away from the city center, much like the Golden Gate Bridge in San Francisco. With that in mind, the architect had designed a glass capsule under the vault of the bridge's arch, which is yet to be put to use. Initially, it served as an observation deck. Later on, the idea was to put a restaurant and a vital records office in the capsule, but these projects are currently on hold.

The bridge's amazing illumination is a popular backdrop for nighttime photo shoots. In the daytime, a breathtaking view unfolds from the top of the arch across the nature preserve of Serebryany Bor.