A Pizzeria and Bar Inspired by the Traditions of South Italy 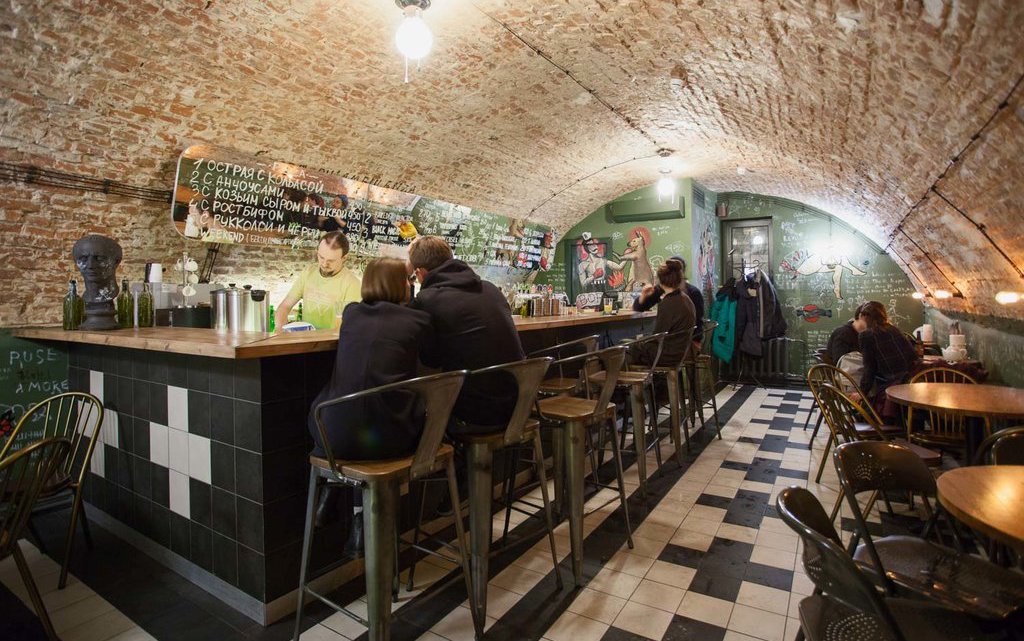 Originally established a few years ago by the St. Petersburg-based experts at AF Brew Taproom, Camorra Pizza Bar soon garnered a lot of attention, eventually coming to Moscow where it already has two branches open to the public. According to the founders, the original idea behind the project was to introduce Russian customers to casual Naples-style dining where pizza and beer are the only options available on the menu. Echoing the concept of the place, Camorra Pizza Bar is currently nestled in the lively area of Moscow's Kitay-Gorod, with its interior offering a wide range of vintage elements from indoor arches to exposed brick walls.

Although Camorra eventually introduced various new additions to its menu, pizza and beer remain the fundamental elements. As for the pizza menu, it offers as many as eleven different types of pizza, including ten traditional thin crust Naples-style varieties as well as one weekend special which uses new ingredients each week. Some of the most popular options include pizzas made with classic ingredient combinations such as rucola and cherry tomatoes, pear and gorgonzola, as well as the more salty options of anchovies, olives and capers. Apart from pizza, the menu also offers a wide range of Italian-style appetizers from smoked Scamorza with rosemary to Pastrami and various homemade pâtés. The bar menu offers as many as fifty different types of beer (including ten on draught) provided by AF Taproom as well as various Russian, Belgian, English and German craft beer distributors.