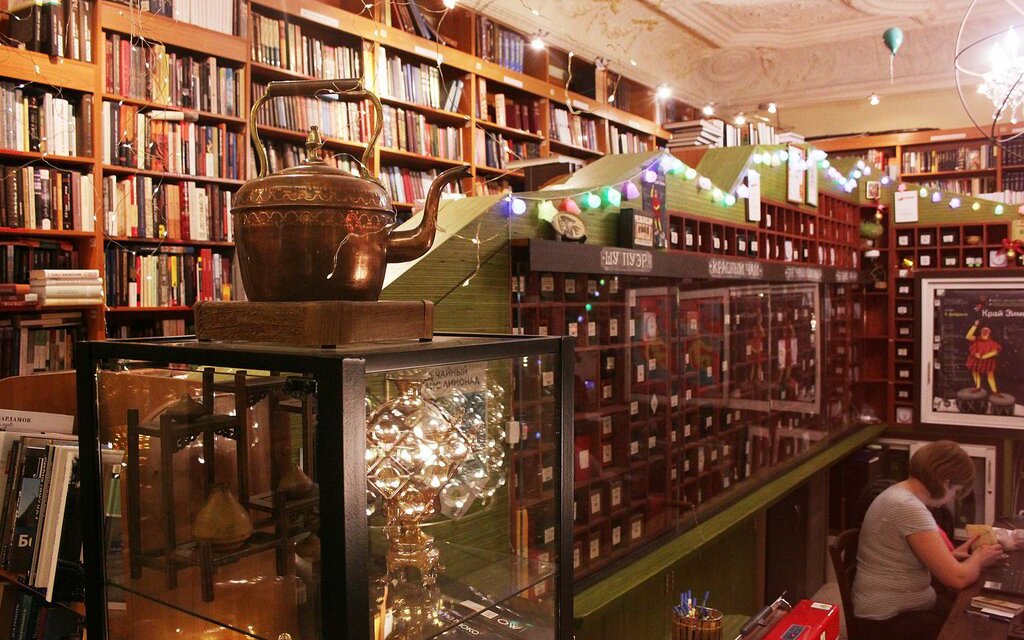 Tea Height was created by restaurateur Viktor Yenin, a linchpin of Moscow's tea culture. In its ten-plus years of operation, the teahouse has produced spin-offs and evolved into a full-fledged chain with custom produce, while the very first cafe on Pokrovka Street has garnered recognition of tea lovers. That said, Tea Height is marketed as something more than a cafe—a club for various communities united by one key value: tea, that is. The place often hosts ethnic music concerts, folklore performances, Go and origami workshops, themed talks, and film screenings.

The Tea Height offers a menu featuring just tea, ice cream, and desserts. You can choose a beverage to your liking from more than 300 varieties or travel a "tea route," sampling different teas sourced from the same locality. The ice cream options served by Tea Height almost rival the tea itself, offering anything but traditional flavors. Relish the dessert with flowers, pine needle juice, birch sap, herbs, and even penny buns.