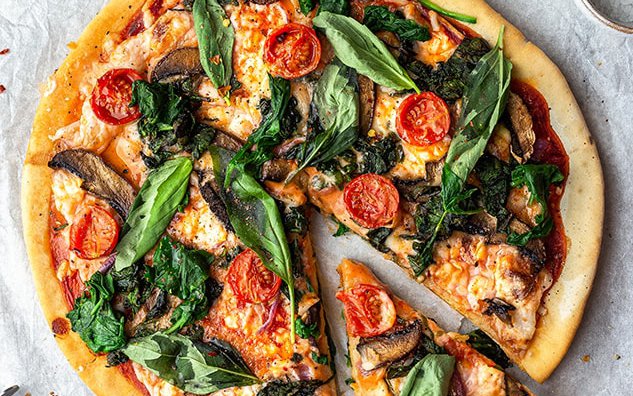 "Kom" is a joint project of establishments from several cities that popularize vegan cuisine: the creators of the new pizzeria were working on the café "Mokh", the bar "Do Culture" and the St. Petersburg pizzeria Daner Pizza Spot. The point opened a stone's throw from one of the most picturesque squares in Moscow, Lyalina square (the smallest in the city). The café was made in a former warehouse, which retained its almost original interior: dark red brick walls, floor-to-ceiling windows, and minimalist finish.

So far, there are eight items on the menu: all dishes use only vegan ingredients (cheeses without animal ingredients, seitan and tempeh), lavishly seasoned with vegetables and herbs. There are unusual combinations, like kimchi and oyster mushrooms or potatoes and ricotta, as well as more classic versions like mushrooms or pesto and zucchini. Hot drinks are filter-coffee from Noname Roasters and herbal teas, and cold drinks are all kinds of lemonades and kombucha. You can also get beer: there are five taps with items from Russian breweries and a separate craft beer fridge.