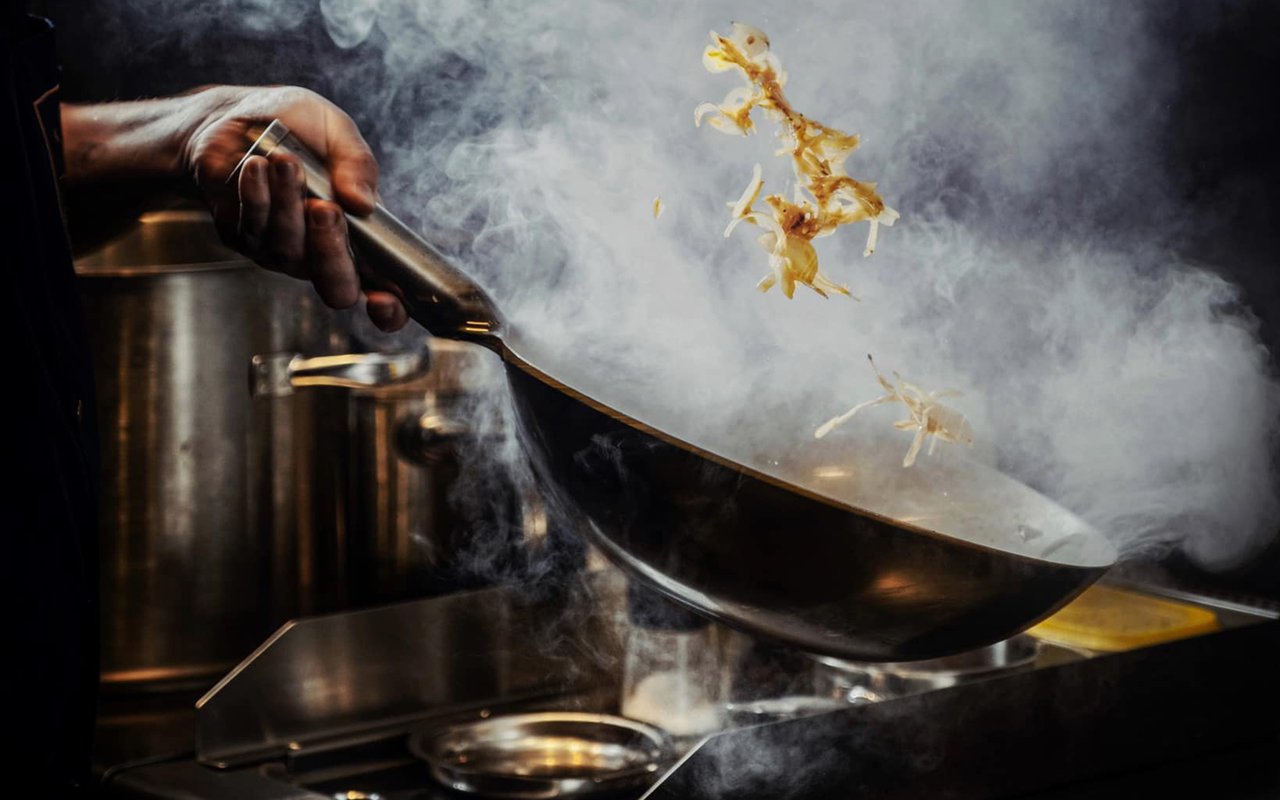 The restaurant got its name after the Asian filamentous fungus, similar to yeast, which is used to prepare soy sauce, rice wine, sake, and miso paste. It is koji that infuses most Asian dishes with a recognizable umami flavor.

The menu here merges culinary traditions of China, Korea, Indonesia, and Japan. The place offers a range of appetizers, including cabbage, tomato, and pineapple kimchi, Beijing-style cucumbers, and oshizushi rolls made by pressing blocks of rice and sushi in a rectangular mold called oshibako.

Among other things, the main menu features Peking duck. One serving can be perfectly split between the two guests. Besides, the place serves fried rice, udon, a range of seafood with bittersweet gravies, and Cantonese dim sum. One of the desserts popular with the public is light Nama chocolate whose recipe chef Vasily Zaytsev borrowed from Japan. On top of that, Koji created a large selection of sake-based cocktails to pair your Pan-Asian meals with.

Koji occupies a small two-level space, where the first floor features an open kitchen and floor-to-ceiling windows and the basement floor has a cocktail bar and a DJ berth. You will be better off booking a table well in advance.