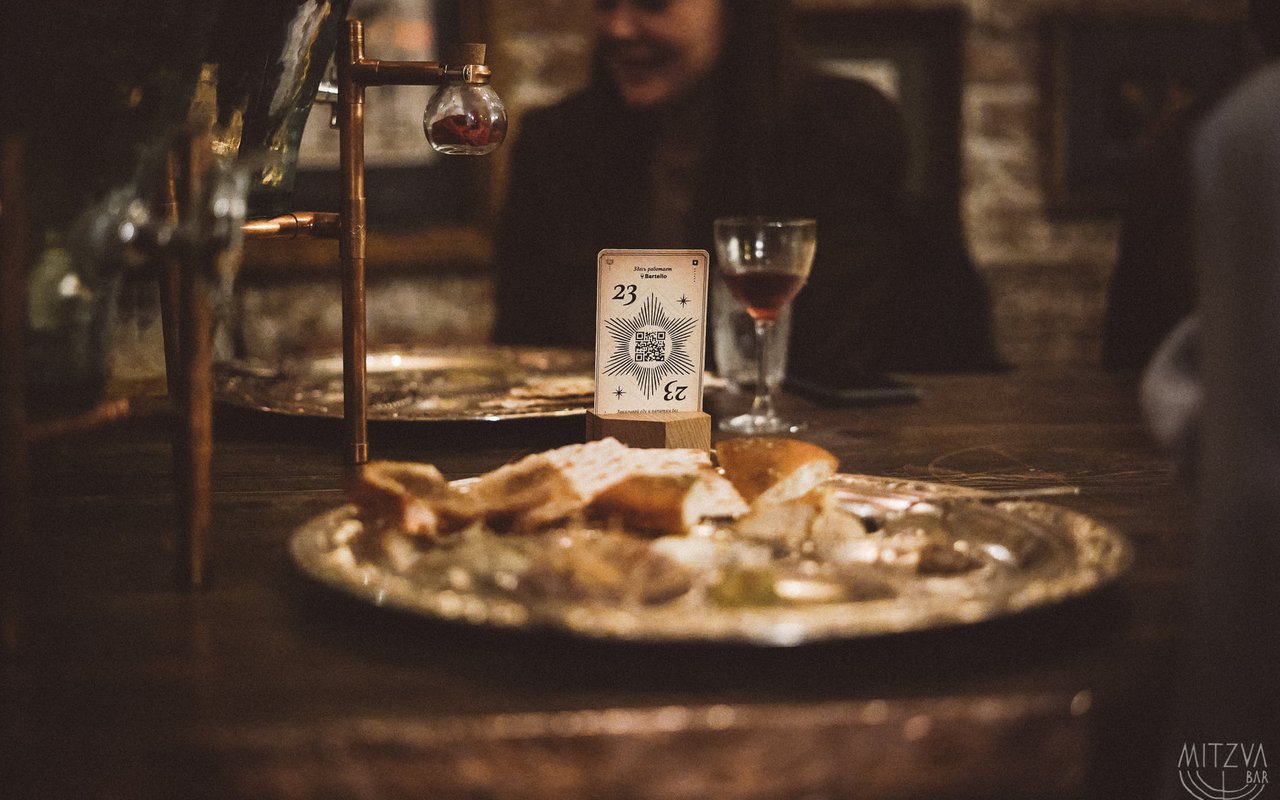 Mitzva Bar has been shaped by modern Jewish culture. It is far from a classical kosher eatery: instead, it is a modern bar where Jewish tradition receives an innovative interpretation, both in the kitchen and at the bar counter. It hides away in a sign-less underground space under an inconspicuous arch in Pyatnitskaya Street.

The interior of Mitzva Bar has many highly symbolic accents: a colossal stained glass image of the All-Seeing Eye, a vintage crystal chandelier wrapped in cobwebs, an old clock with reverse motion, and imagery from the Kabbalah on the ceiling. The bar was decorated by professional theater set designers.

The menu showcases Israeli cuisine, but is not kosher. Some options include: warm hummus, gefilte fish with horseradish mousse, harira soup with lamb, sabich with baked eggplant, and much more. The cocktail menu covers both classical drinks and original creations, with Middle Eastern spices thrown into the mix.

There are parties held here on the weekends.