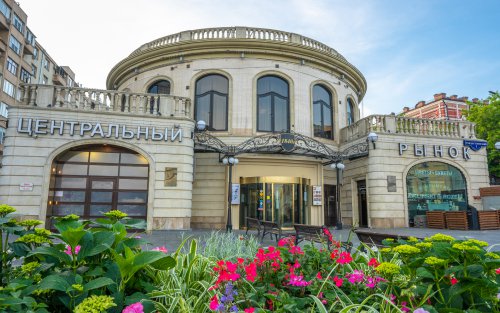 The Central Market on Tsvetnoy Boulevard was the first covered market in the history of Moscow. It was hugely popular during the Soviet era, but it was later demolished. Now, Tsvetnoy Market has been built on the same site, and the produce market moved to a new building on the adjacent Rozhdestvensky Boulevard. The new three-story building housing farm shops, a gastro market, and an entertainment area opened in December 2017.

Today the food hall offers 75 stalls with food and drinks: there are well-known chains like Chiho and ABC Coffee Roasters, as well as signature projects and experimental street food establishments. Most of the restaurants offer ethnic cuisine and dishes from all over the world, as well as dishes based around special ingredients. Among the latest openings in the gastro market are the Lavocado project, the concept of which is built entirely around avocados, and Pa'Shoot, offering all kinds of egg dishes. In summer, the Central Market opens its veranda overlooking Trubnaya Square and the old low-rise buildings.