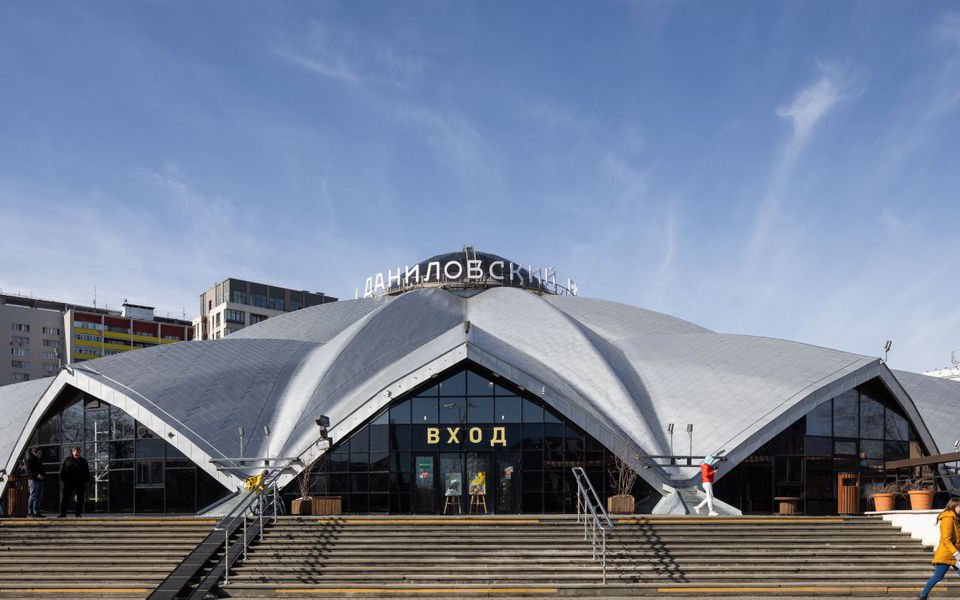 Danilovsky was the first project that changed the Moscow community's perception of going to market. Its renovation was followed by Usachevsky and Central Markets, as well as a dozen more markets around Moscow and other Russian cities.

Today, people come to Danilovsky Market both to buy top-quality produce from different Russian regions and other countries, and to have lunch in one of the cafes under the market's dome. Surrounded by 40 independent restaurants, cafes, and coffee shops, Danilovsky has helped dozens of culinary enthusiasts rise to fame. Each day, its residents prepare Peking duck, falafel, octopus dishes, Armenian dolma, Moroccan tajine, burgers with the best Russian meat, Caucasian flat bread, and so much more. In 2020, the market welcomed the very first Jamie Oliver Cookery School outside Britain, where students learn how to properly grill steak and wrap ravioli.