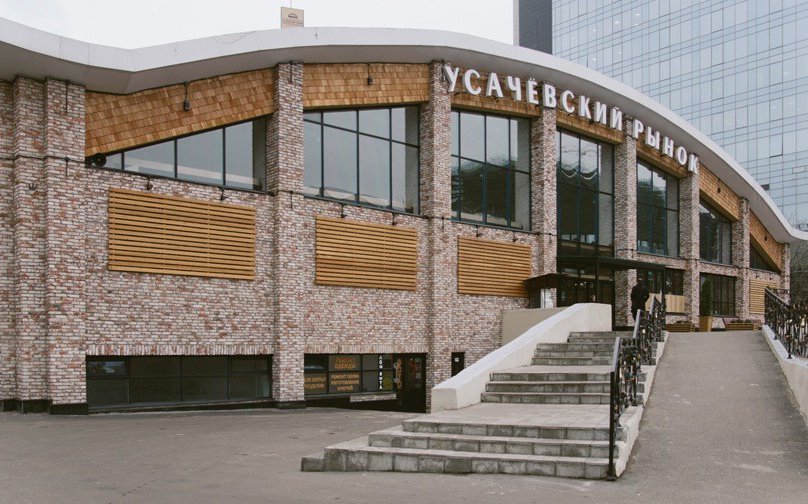 This used to be the biggest marketplace in Moscow's Khamovniki, going back two hundred years. The market was in the middle in a sprawling neighborhood of private estates, and the biggest stores belonged to the merchant family of Usachyov, who gave their name to a long lane and a side street. The market had stood abandoned for a while before its more recent history began a hundred years later. An indoor market with a distinctive brickwork pattern was built in 1934 to replace the derelict stalls. But the biggest change happened even more recently, when the renovated and reopened Usachyovsky Market, along with the Danilovsky and Rogozhsky Markets, became an exemplar of a new farmer's market concept.

The stalls in the middle of the building, allotted to Moscow's urban and suburban farmers, are surrounded by a food court with outlets run by Moscow's top restaurateurs. The market has an attic floor and a roomy porch with outdoor seating. Usachyovsky is a gastro hub featuring ethnic food from the Mediterranean to the Far East, as well as street food cafés and designer restaurant projects (Avocado Point, Syrovarnya, Lepim & Varim, and others). Events such as ping-pong tournaments, culinary master classes and DJ sets happen all the time out on the porch in summer.