Cuisine in the best traditions of Adrian Quetglas 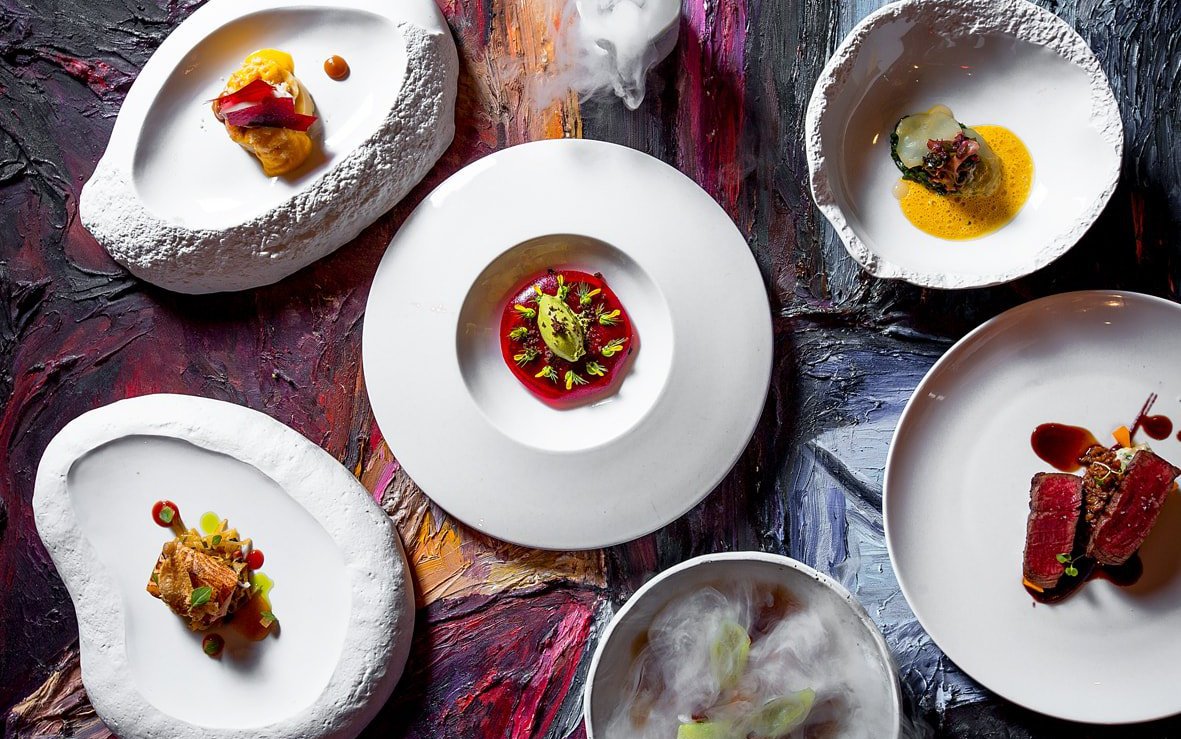 In 2015, Adrian Quetglas, a legendary chef of haute cuisine and a Michelin Star winner, opened a restaurant in Moscow. Six years later, Michelin included the establishment in its Moscow Guide.

The interior is very cozy and modern, with plenty of wood and a slight reference to a loft design. But the center of attention is, of course, the mostly Mediterranean cuisine. The menu follows the traditions and style of Quetglas, however, unlike most Michelin restaurants, the dishes at AQ Kitchen are richer and more legible. According to the owners, food should be like a “favorite kiddie ride” and be both surprising and entertaining.

The restaurant offers a wide range of snacks and appetizers, including to accompany wine. Among them are both classic and unusual options, such as Tuna tartare with wasabi ice cream. There are three types of soup: ukha (fish soup), a Thai chicken soup, and tomato soup. The choice of main courses is much wider — there are several types of steak, options with fish, and a couple of poultry dishes. Particularly noteworthy is the creative serving method. The salmon tartare, for example, is served on a simulated newspaper spread.

The wine list is carefully composed. Both well-known and lesser-known regions are represented, and the list includes legendary wines and unexpected choices. The bar menu offers spirits, a dozen classic cocktails, and interesting teas.