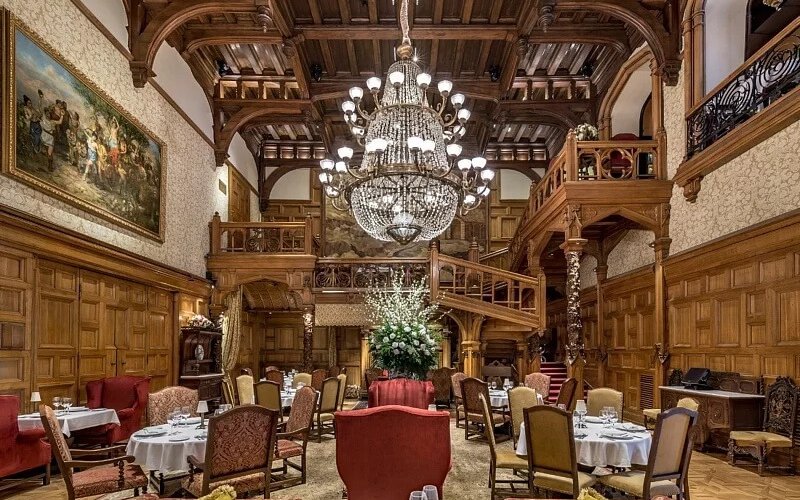 Central House of Writers is a legendary place, and not only among those who are involved in literature. It has attracted the creative community since the day it was established in 1928. It hosts plays, book presentations, film screenings, and, of course, meetings and reports of the writer members of the Central House of Writers.

The mansion itself was built by architect Pyotr Boytsov in 1887 by order of Prince Boris Svyatopolk-Chetvertinsky. The first owner wanted the building's decoration to remind him of his travels, so the mansion is glazed with German stained-glass windows, and the ballroom is decorated with Indian sandalwood, which the Prince brought from India. There is a sandalwood column carved with the faces of all the owners of the mansion at the base of the stairs to the Oak Hall ballroom.

In 1932, the building was given to the House of writers, and two years later, it became the Central House of Writers. Alexander Tvardovsky, Mikhail Sholokhov, Konstantin Simonov, and Mikhail Zoshchenko performed here during the Soviet period.

Dinner at the restaurant of the Central House of Writers should be a special point of your visit. You can try the ukha (fish soup), venison pelmeni, risotto with asparagus and truffle, and unique desserts, such as “CDL chess,” without an entry pass. Special attention should be paid to the traditional Russian cuisine that the CDL is famous for: smoked sterlet back with pear and mushroom ragu, pikeperch and salmon aspic, and guinea fowl pate in glazed apple. The restaurant is listed in the Michelin Guide.

Each of the restaurant's four halls has preserved its historical atmosphere. For example, the Fireplace Hall has operating fireplaces that date back to the 19th century; the two-level Oak Hall has retained its wood paneling; autographs and drawings from the famous “Sixtiers” hang on the walls of the Motley Hall. The Count’s Study, which was once Count Olsufiev’s bedroom, has been turned into a dinging room for 12 people. Evenings in the restaurant are often accompanied by live piano music.